Not par for the course: 23-year-old Tyler Luedtke owns a golf course, farm and holds down full-time job

PLYMOUTH, Wis. — Quick, how many 23-year-olds do you know who own a golf course?

And also hold down a full-time job?

Then in their spare time — somehow, there is some — pick up a camera and do volunteer photography for the local high school?

Since June, when he purchased Sir Lanserlot Golf Course in Plymouth, finding alone time has been as easy as finding the exit in a corn maze. 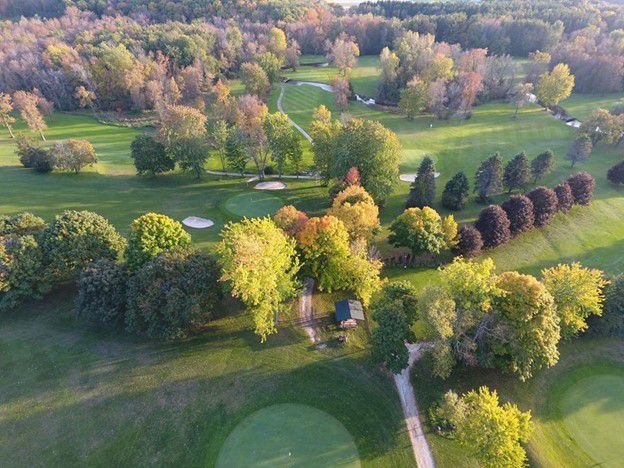 “There’s a lot of sleep that is lost,’’ said Luedtke. “But at some point, you know, I just have to shut the phone down or you sit and have dinner and say, ‘OK, here’s my 20 minutes or half an hour to myself.’ And after that, you pick it right back up."

“I always joke, what’s fun about the golf course, and maybe even the farming. I don’t look at that as a job. It’s not. It’s fun for me. So being able to go work a job and then after work, in theory, go work another job that doesn’t feel like a job; it’s kind of a win-win.”

****
Jared Kraftzenk heard about the dream.

“To be honest, I didn’t think much of it when he first brought it up because, you know, we were in college,” said the graduate of Fox Valley Lutheran High School in Appleton.

And in college, you dream big and talk even bigger.

Luedtke’s idea of buying a golf course near his home had been shared with his friend. But Kraftzenk, a finance major at UW-Whitewater, figured he was destined for an office job. That turned out to be true until Luedtke called him one January morning and informed him that the golf course he dreamed of owning was for sale.

And because he could not clone himself, he need Kraftzenk to run the daily operations.

“Instantly, my eyes lit up, and I was super excited,” Kraftzenk said.

He went downstairs to tell his dad, who began to pepper him with questions about pay and health insurance and a 401k.

“I wasn’t a very big fan of him saying that stuff to me,” he said, “because he was kind of shooting me down.”

They agreed to slow things down and figure out the pros and cons. The pros won and Kraftzenk agreed to come on board and, essentially, be the face of the golf course.

Now he said he works 80 to 90 hours a week and loves every minute.

“It’s something that I can look at and see him that he’s putting all this work in,” he said of Luedtke. “It makes me want to put in more work here, just because he puts in so many hours. He can’t be over here. So it makes me want to do a better job for him over here and it makes it makes the job a lot more pride fulfilling, I would say. Because people see me here so often and I get to hear everybody’s reviews and comments on things.”

Luedtke, also a finance major at UW-Whitewater, said he looked over the numbers and operations for about two months. He spoke with the previous owner, Dale Lanser, then he went to the local bank. It agreed to lend him the $1.6 million to buy it.

“I had equity in other investments that were doing well,” he said, “and so, I was able to use that as the collateral.”

There was another thing also working in his favor.

“It was already a successful business,’’ he said.

Like any new owner, Luedtke said there will be a little tweaking and revamping, the first of which was restoring the property’s previous name, Crystal Lake Golf Course.

All the people already working at the course stayed on, and that included Lanser.

“We’ve taken a ton of advice,” Luedtke said. “Could not have done it as smoothly without his help. And, you know, it was his baby. He knew the ins and outs of it. And he helped us facilitate making it our own. He’s got his own ideas, and he’s willing to share them with us. It’s been a great. It’s as close to a partnership as possible because he’s still there. He’s still helping us do stuff. He’s still working with the grounds crew guys, so it’s a great aspect to be able to keep him.”

****
The farm Luedtke owns is 200 acres and said it benefits himself and his family. He also contracts out several more acres to raise crops for customers.
The photography work is his way of staying connected.

“I cover a lot of the local sports,” he said. “I’ve always enjoyed sports photography, and it’s been a great way for me to stay involved in the community. I’ve done a lot of volunteer work for the high school, help out their teams, even their yearbook staff. They’re always contacting and asking if they can use my stuff and yeah, absolutely. That’s why I’m doing it.” 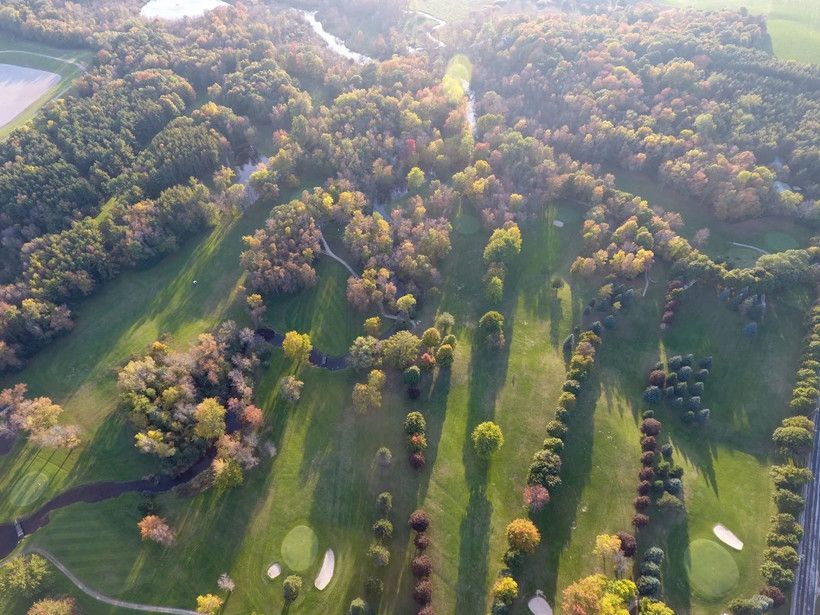 The golf course, the farm, the photography work; they all satisfy Luedtke’s need to meet a challenge. And one other thing.

The “we” also includes another 23-year-old and a friend of Kraftzenk’s, Cole Barrington, who works on the grounds crew.

“You know, a lot of people think 23-year-olds taking on a golf course, it sounds like an impossible thing to do,” Kraftzenk said. “But we’ve been working very well together. We’ve all been enjoying what we do. We’re taking pride in the course and meeting the local people and businesses, and it’s been awesome.

“When someone asks ‘How’s the course doing?’ it’s not a one-minute response. I love talking about it. It’s great out here.”