A guitar lesson is how it began. Patrick Nettesheim, the musician, was just helping his friend and Vietnam veteran Dan Van Buskirk.

The intent was to teach Van Buskirk how to play music. The reality was it became a lifeline for a friend who was fighting a never-ending battle with PTSD.

“And he was able to when he’d wake up at night having a nightmare or a flashback. He’d go downstairs and play his guitar and be grounded again in this reality, break free from the one that happened in the past. And that can give your mind, body and soul a little window of serenity, as I call it, to heal and get out of misery. So what was happening there? We’re not inventing music therapy, but we both saw how beneficial this could be.’’

Not long after, Nettesheim and Van Buskirk were heading to the VA Medical Center in Milwaukee. On the way, they stopped at Cream City Music and then owner Joe Gallenberger, the son of a veteran, gave them a couple of guitars to give away.

“So we went to the VA with the intention of playing, we gave the two guitars away, and both guys lit up like a holiday and it was quite evident that we had to teach them how to play,’’ Nettesheim said. “That’s where the lessons began.

“The nursing staff said, ‘You guys have got to come back. We haven’t seen these guys smile since they’ve been in here. This is something special.’ So we came back the next week, similar results.’’

And then the wheels began to turn.

“I told Dan, I always joke about this, but I said ‘I’m already good at not making money. Maybe we should start a nonprofit,’” said Nettesheim.

And “Guitars For Vets’’ was born.

As he sought advice from friends in business, the overwhelming guidance was to start slowly and think locally. 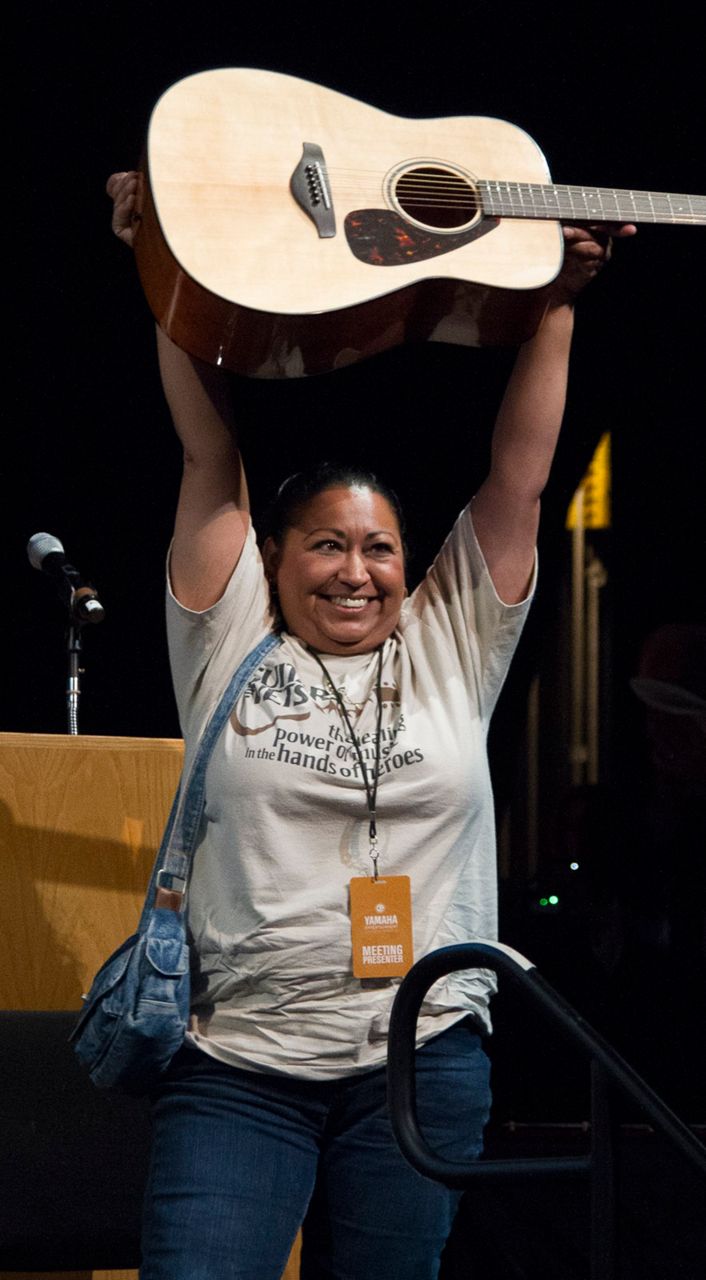 “People have this thinking,’’ said Nettesheim, “especially in nonprofits, ‘We want to help people in our own backyard.’ Well, we positioned that as our backyard was the United States of America.’’

A Milwaukee chapter grew into a Madison chapter and then Miami. Today, there are over 120 chapters in 40 states.

“So what we’re doing in effect is, the therapeutic quality of music is available to these folks at no charge,’’ said Nettesheim. “We’re not music therapists, so I try to stay away from that piece, because there’s psychology involved and it’s a degreed position. But again, music in and of itself is therapeutic, in addition to the teamwork and camaraderie with guitar lessons and then subsequent group lessons.’’

All guitar lessons are taught by volunteers and most of the instruments are donated.

“We’ve graduated 6,000 students,’’ said Nettesheim. “That means they all got 10 private lessons. When they get to that 10th lesson, they graduate, meaning they get a brand new guitar and all the accessories; everything they need to enjoy the instrument. And then they go on to group lessons, which meet weekly and go indefinitely.

“So we’re trying to build these communities of support, this integration not only of veterans but of civilians into it as volunteers, and it becomes this estuary where there is this exchange of ideas and thoughts and experiences. And I believe it helps integrate veterans who have been traumatized, back into society. And it helps civilians gain an understanding of what these soldiers and Marines and sailors all went through in their service for us.’’

Despite their success, Nettesheim said there are thousands of veterans waiting to get involved in the program and more instruments are needed. 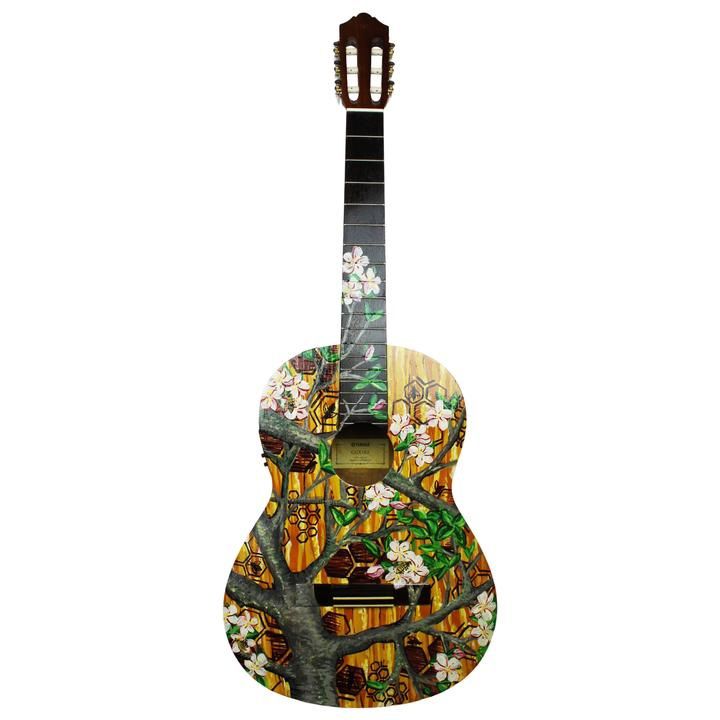 And that’s when an old friend reached out.

Jason Klagstad, who was on the original Guitars For Vets board, recently took over as president of Wisconsin Area Music Industry (WAMI) and contacted Nettesheim.

“He was the first guy I called up,’’ said Klagstad, “and I said, ‘You know, we both are musicians and our lives are infused with music. We understand the power of music. Why not bring our two organizations back together, so that together we can do more than we would do individually? And he didn’t even hesitate and said, ‘I’m completely back on board.’

“They do great work, so I want to collect more guitars and we will use the WAMI network of 6,000 Wisconsin musicians to get more guitars.’’

They put even donated guitars not suitable to be played to good use. Called Operation Art Strings, Nettesheim said they ship those out to artists across the country who donate their time and talent and transform them into works of art.

The two groups will be a part of Summerfest this year along the Lake Walk Marketplace, with Guitars For Vets selling apparel and Operation Art Strings guitars, and the two combining for live performances with veterans, WAMI artists and additional supporters of the Guitars for Vets mission at the bar just north of the Ferris wheel near Water Street Brewing.

“You know,’’ said Nettesheim, “where’s there’s life there is hope and you know, music is life.’’