Her cup of tea: FVTC business program for veterans changing lives, including one who discovered the American Dream

APPLETON, Wis. — The girl with the big ideas and insatiable curiosity was trapped.

The direction Fanni Xie saw her life going and what the Chinese government had in store for her were a couple of galaxies apart. Xie wanted to explore, see different places, experience new things.

But she was locked in her middle-school classroom in Shenyang, China every day from 7 a.m. to 8 p.m. This included weekends and holidays. Competition, for grades and approval, was NFL-level.

She was fed a steady diet of math and physics, but she was more of a right-brain kid.

“When I was in middle school in China,’’ said Xie, “it was traumatic for me. Back then, all they cared about was math and physics and I really wasn’t good at those. The teachers really didn’t like me that much.’’

She wanted to be her own conductor on her life journey, but she suffered inside because she knew she had to accept her path had already been chosen for her.

“The way it is in China,’’ she said, “they give you a route and you have to follow the route. You cannot go anywhere else. You can’t go sideways or have other choices.’’

Oh, but her life did go sideways. In fact, it pretty much went upside down.

A mom, who wanted the best for her daughter, sent her to high school in Canada. Xie then came to the United States to attend college. Then, she went to war. And then, she returned home and put her left brain to work, thanks to the Innovation Accelerator Program for Veterans at Fox Valley Technical College.

Today, Xie has a degree in psychology, is working on her getting a master’s in social work and plans to open up a Bubble Tea shop in downtown Appleton later this year.

We call it a cliché, but she calls it the American Dream. And she would know.

Amy Pietsch is one of those people who believes there is never enough one can do for veterans. For her, it’s personal.

So when she saw the Wisconsin Department of Veterans Affairs was looking for organizations to help veterans launch and grow businesses, she immediately applied for the grant.

As the director of the Venture Center at FVTC, she helps people launch startup businesses. She also has a son who is a veteran, both her grandfathers fought in WWII and had many uncles that fought in the Vietnam War, some of whom lost their lives.

“So it was always very important for me to serve them,’’ she said.

In 2017, the first year of the program, there were 10 veterans who signed up. Today, there is a waiting list for a program that has launched over 40 new businesses in northeast Wisconsin the past five years, has seen 18 veteran business owners that had established businesses come through the program and are now growing their businesses and has more than a dozen more who are in the process of securing their loans in preparation of opening their new businesses.

“It’s a big success,” Pietsch said. “Word has spread. The veteran community is a tight community. When they find something that works, they tell each other about it. And so, we have a waiting list.’’ 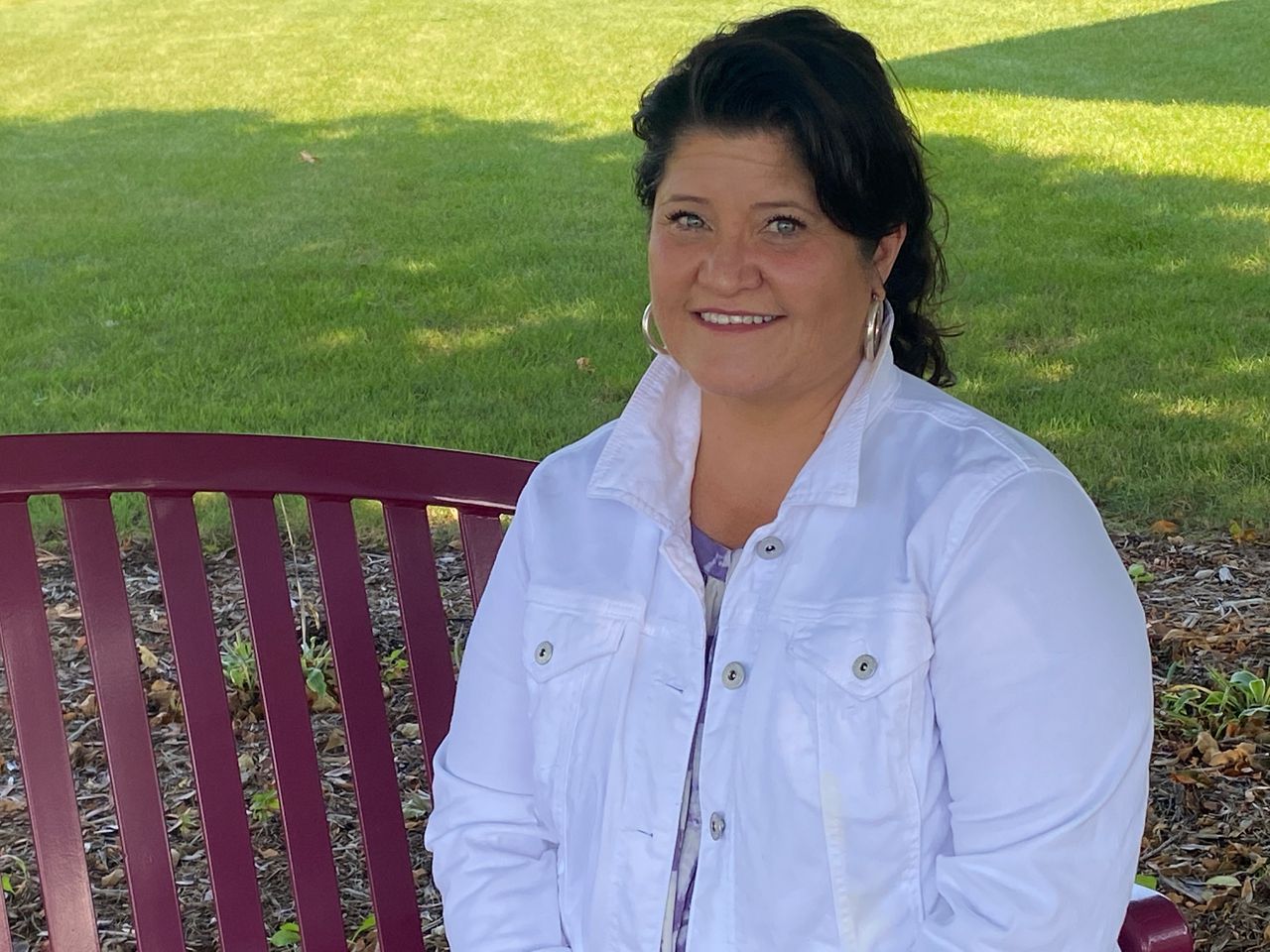 The Innovation Accelerator Program is a 14-week course where veterans are first taught how to create a business model that shows how their business can make money, followed by 10 weeks of E-Seed Entrepreneurial training — which includes local business experts volunteering as guest speakers — and finishes with a segment on how to finance their business the right way, where they meet with local bankers and lenders, do mock interviews, then discuss what improvements they can make with their business plan before they apply.

“So this past year, we introduced these veterans to more than 40 different experts, guest speakers, and potential mentors in our region that can help them develop relationships that might otherwise have taken them years to be able to access,’’ said Pietsch.

Fanni Xie planned to be a graphic designer. But her father passed away halfway through her college career and her life took another turn.

As an international student, there was little opportunity to work off-campus, so it was now up to her mother to fully support her tuition and living expenses. She didn’t want that kind of pressure on her mother so she began to look at different options. Then, a friend suggested the U.S. Army Reserve. She could remain in school and the Army would pay her tuition. She thought that was a good idea — until reality paid a visit.

“I’ll be honest. At first, when I signed up, all I wanted was the tuition fees,’’ she said. “I never thought right after training I would be sent to Afghanistan.’’

After some high-speed education, she went as part of a Combat and Operational Stress team as a behavioral health specialist. As her year-long tour progressed, she learned to love psychology and began taking online classes from Troy University in Alabama while still in Afghanistan.

She loved her job, her team and her experience there. Wouldn’t change a thing, she said. But hers was a hard job, very hard.

“Because there were so many memorial services we had to attend,’’ she said. “Whenever there was a KIA (killed in action), or a traumatic event, we had to go out on a mission and learn all of their stories after they were dead.

“After I came back, I was seeing a social worker for a while, because whenever I would talk about it, I would still tear up. I mean, it’s a great time to spend with everybody and to learn, but it’s still a time to know how ugly the war is and you see everything from both sides, from our soldiers who lose their lives and the Afghanistan civilians, especially the girls, who experience really bad stuff over there.’’

Xie, 35, wound up in the Fox Valley after her husband took a job with Oshkosh Truck. She then began taking classes toward her master’s degree at UW-Green Bay and also worked in the Veterans Services office, which is where she discovered the Innovator Accelerator program at FVTC.

And suddenly, her long-time dream of opening her own business had a chance to become reality.

“I could never get to where I am without the program,’’ she said. “Before, I never learned anything about it except for maybe one class in high school. But I have no knowledge in business in any way before this.”

She then slides her extensive business plan across the table.

“Most of (the banks) say it’s the best business plan they’ve seen for years. So, yeah, I’m pretty proud of that and I thank the program for that because I could have never come up with something like this if not for the program.” 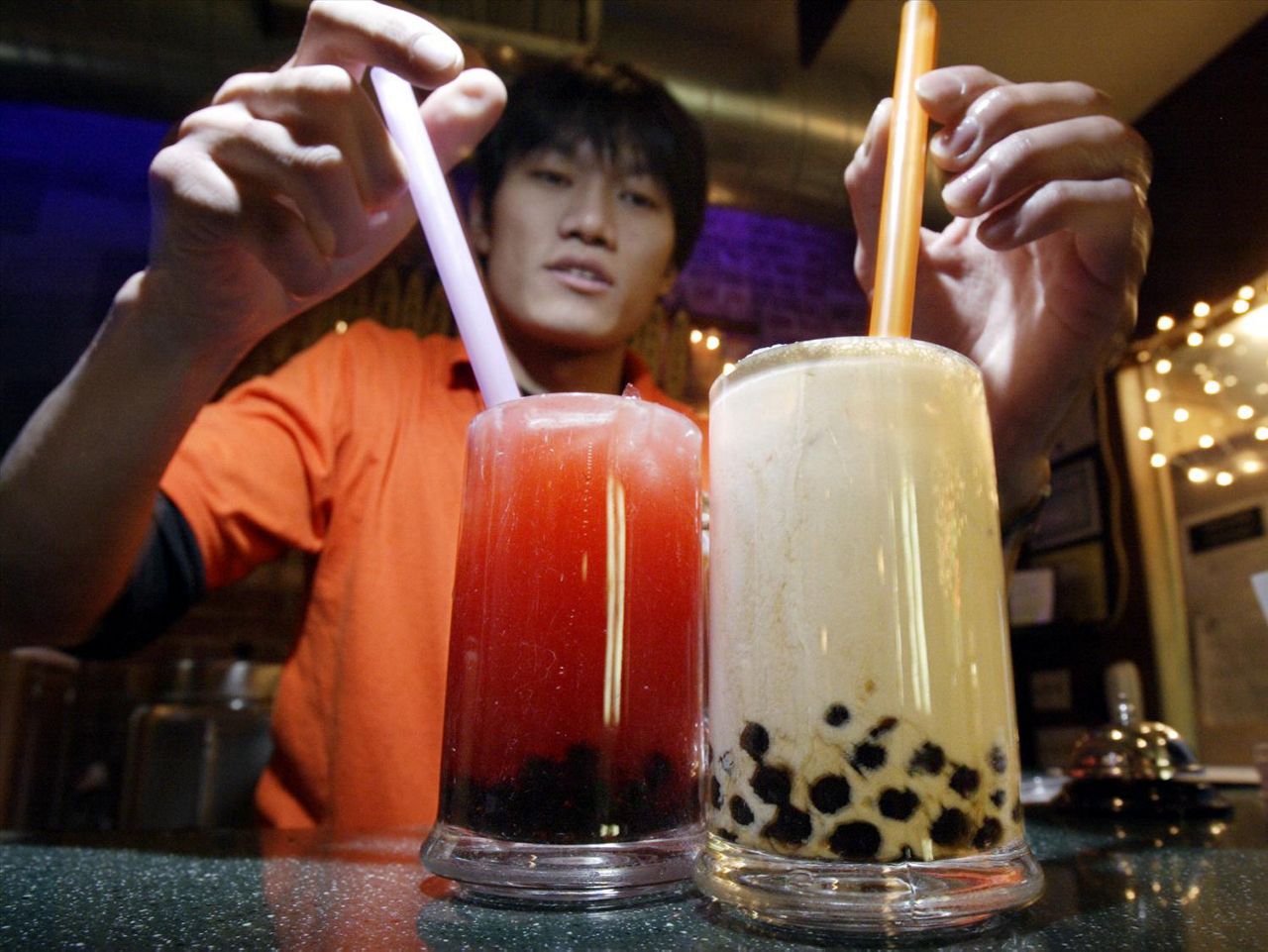 Xie secured her financing from the Wisconsin Women’s Business Initiative and plans to open her bubble tea shop under the Uni Uni brand, which was founded in Chicago and has five other locations across the country.

Bubble tea originated in Taiwan in the mid-1980s. It consists of tea, sugar and chewy tapioca pearls, and has evolved into many varieties and flavors.

Xie hopes to make her shop a community gathering place as well as a venue where local residents can learn more about Asian culture, as well as a place to hold veteran’s events.

And as she ventures into this new endeavor, Xie also knows she has the continued support of the Innovator Accelerator program behind her.

“Class is over, but (Amy Pietsch’s) support will never be over,’’ she said. “She’ll help with anything.’’

And for Pietsch, Xie’s remarkable story is only topped by the fact that it’s another success story for the program.

“It’s the best job ever,’’ she said. “I tell people that all the time, I have the best job ever. Helping people realize what they want to do, helping people put their skill sets together in a way that they can launch and grow a business and add to the economic vitality of the region. And then, on top of it, when you can serve veterans, those people who we could never serve enough. Yeah, it’s a good thing.’’