It’s the Holiday season: Wisconsin man gets assist from Milwaukee Bucks guard in developing his business


While never a teammate of Holiday's, the Brown Deer resident nonetheless received a huge assist from Holiday last month when it was announced he would receive one of 50 grants to Black-led businesses and nonprofits from the $1 million Jrue and Lauren Holiday Social Impact Fund.

The JLH Fund is designed to give to organizations focused on social impact and creating a more equitable future for underserved communities.

Considering he decided to leave UW-Oshkosh after his junior year to fully concentrate on growing his business, the timing of this assist — like many Holiday has delivered — couldn’t be better.

“Just to see Jrue Holiday and his wife on the screen,’’ Greenlee said of the Zoom call from the Holidays where he got the good news. “I’m a really big fan of Jrue Holiday. I’ve been playing basketball all my life, and I know he has a really high skill level so I really admire him on and off the court. And I’ve been a huge Bucks fan all my life so, just that combination of everything, and winning the fund, it was definitely overwhelming.’’

Greenlee played basketball at Brown Deer High School and for two years at UW-River Falls, a place that opened his eyes to the challenges of a healthy lifestyle. While a joke to many, the “Freshman 15” was no laughing matter to Greenlee. 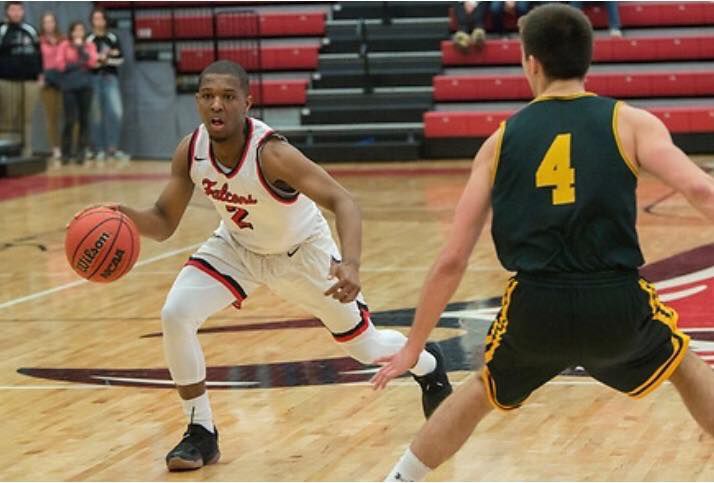 He transferred to UW-Oshkosh to be closer to home, and it was there he began to seriously explore the idea of starting his own business. He started reading books, watching videos and talking with mentors and entrepreneurs, and it even included a call to his parents one night to brainstorm ideas.

He then became part of UW-Oshkosh’s Alta Resources Center for Entrepreneurship and Innovation summer incubator program.

And out of all that, Flora Fruit Co., a subscription and delivery business, was born.

“It really came from a mixture of just a passion and a need,’’ Greenlee said. “I saw that people really struggled to get healthy options into their diets. Not only regular people who are blessed enough — we can go to a regular grocery store and grab some healthy food — but people who reside in these food deserts, where there isn’t a healthy grocery store or farmer’s market in a reasonable distance. So I saw a need. I said, ‘OK. This is really problem. How can I do my part to solve it.’’’

Greenlee said the grant money will go to infrastructure, as he’s looking to add a warehouse, more equipment and employees to his business. He currently has two summer interns and hopes to add his first full-time employee this fall.

Much of it was made possible by the JLH grant.

“When Jrue came to the Bucks and really showed his commitment not only to the city, but the young individuals, minorities and black entrepreneurs that are trying to start their own business and things of that nature, it’s really gratifying,’’ said Jesse Greenlee, who works for the Wisconsin Housing and Economic Development Authority and is Jalen’s father.

Jesse has also been a Bucks’ season ticket holder for most of the past 15 seasons, so to see the people he has rooted for invest in the city in which they’re currently rooted has made this even more gratifying.

“It makes my love for the individual grow stronger, not that he had to give Jalen any money, even if Jalen didn’t get it, just to see them giving back,’’ Jesse said. “Even last year, when Giannis and the other team members were in the march, the social justice march, things of that nature, just really how they embrace the city. And I don’t know if that was a Bucks organization sponsored event, or just the Bucks players, but it’s really good to see that they’re just not taking the resources and going home and living their lifestyle that they can afford to live based on their income and what they’ve accomplished, and just really giving back to people in the communities they serve. They don’t have to do it, but they do it. And we really appreciate it.’’

And, like Holiday, Jesse said Jalen hopes that once his business is established, he too can give an assist to those in need.

“Not only does he want to get the healthy food in people’s diet, but also those that are less fortunate, he wants to give them some opportunities by giving them boxes of fruit or fruit options that they may not be able to afford a box but in some way, some form or fashion, he wants to try and get some of that to those individuals as well,’’ he said.

A lifelong Bucks and basketball fan, this connection he now has with Holiday has made this entire Bucks postseason experience all the more special for Jalen.

“It definitely is very special because it’s kind of like, you really looked up to these people before, they’re kind of just playing basketball, having fun, doing what they want to do,’’ he said, “but it’s extra special because now I look at them and think about how they’re really using their platform, and their blessings and monetary earnings, to bless others. And that really warms my heart every time I watch them because I see them in a different light now.’’