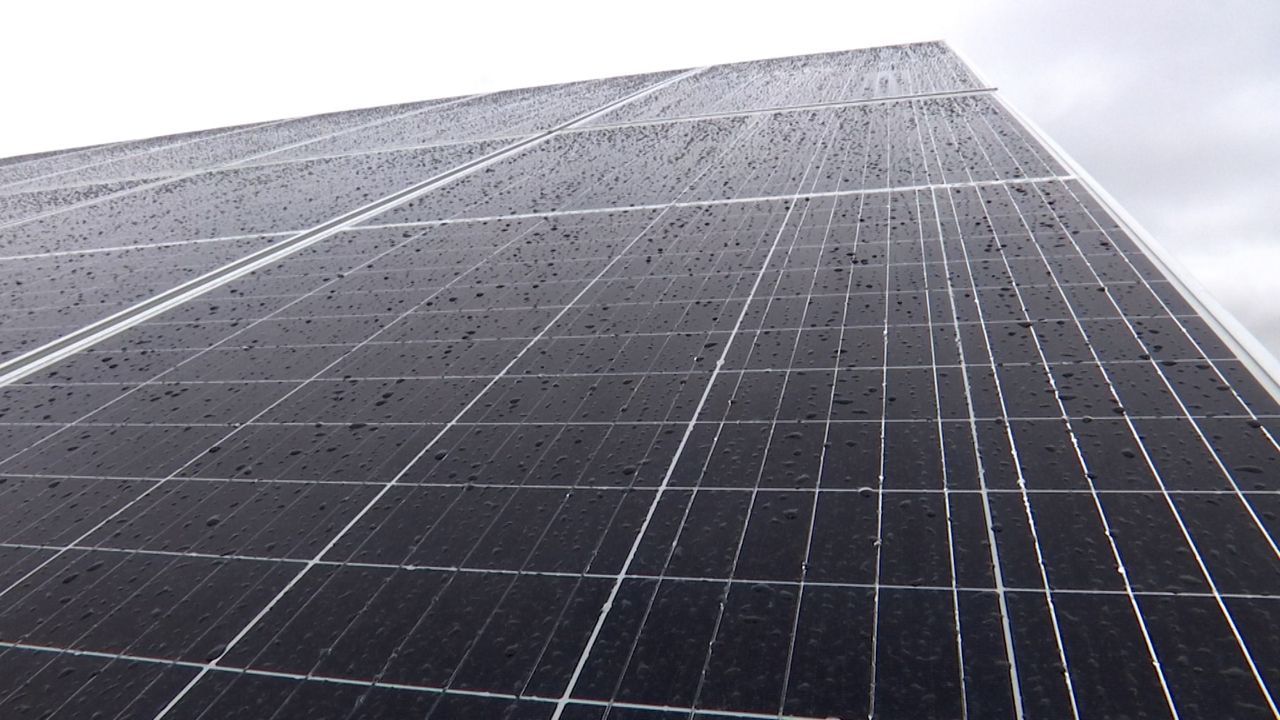 MILWAUKEE — Solar energy infrastructure has been established and is growing in Wisconsin. Now, more and more work is being done with battery technology in the state to power houses with solar energy even at night.

So far this year We Energies has announced two massive solar projects, one with 200 megawatts (MW) of solar generation in Kenosha County and the other with 250 MW in Rock and Walworth Counties. It's enough to power 60 and 75 thousand homes respectively. The projects also feature solar battery storage capacity.

“They can generate electricity, but they can also store some of that excess generation, in those large batteries,” said Brendan Conway, a We Energies spokesperson. “Then when the sun goes down they can then send that energy into the power grid to serve all of our customers.” 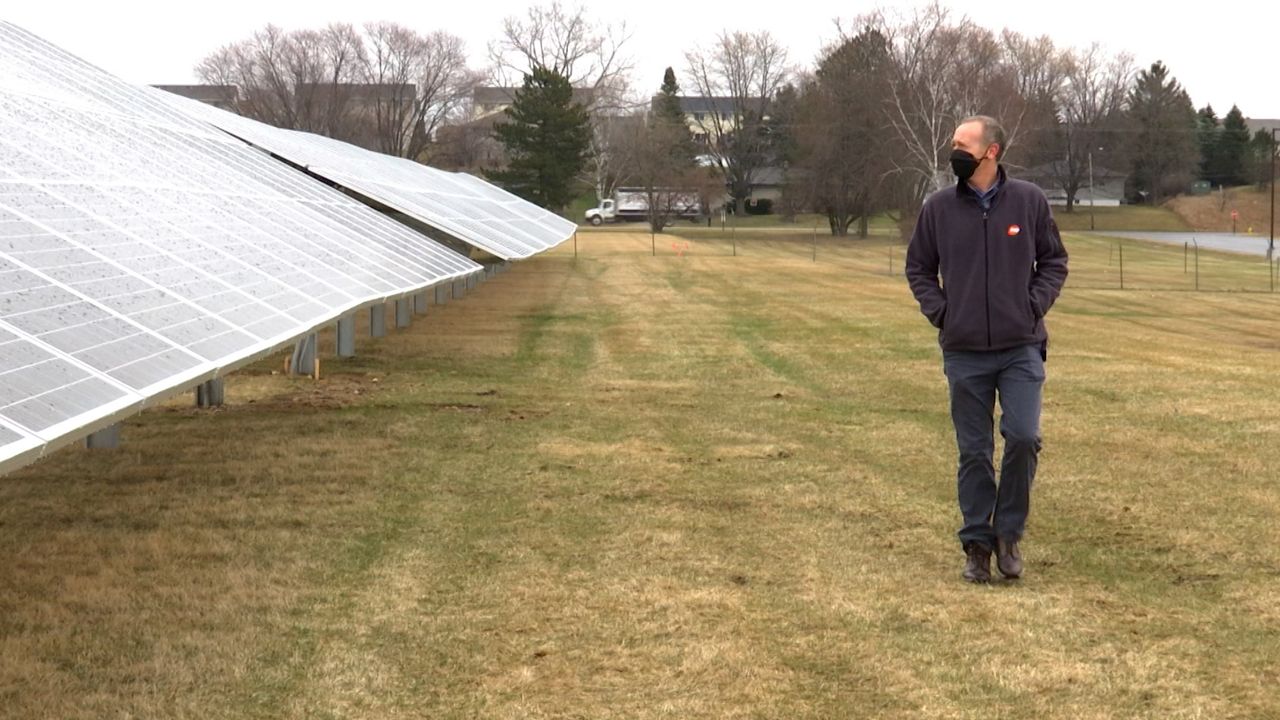 Between the two projects there will be 185 MW of solar power stored in batteries. It makes it possible to power homes with solar energy when the sun isn't shining.

“We can store what otherwise would be lost power generation and then send it into the grid at times when those wind and solar facilities might not be producing power,” Conway said.

Song Jin, a UW-Madison chemistry professor who researches solar power and solar battery technology, was happy to hear about the projects.

“I was very excited to see that, I didn't know this was happening in Wisconsin,” Jin said. “I know over the globe this is actually an increasing trend.”

Jin's research team developed a method called solar flow technology. They've improved a method where the same device harvests and uses solar power, but stores it at the same time. That would theoretically allow a user to be totally self-sufficient when it comes to electricity.

“I think that particularly could be even more relevant for people who are in remote regions,” Jin said.

That technology is still a few years out, but Jin said homes and buildings not attached to the electrical grid wouldn't need power lines extended out to where they are to run on electricity.

Jin said solar battery storage like what we energies is planning has been expanding globally for the past few years. He is encouraged to see Wisconsin — A state without the same sun access as the southern part of the country — start storing solar energy.

“It means actually that the solar plus storage is being matured, it is actually already taking off,” Jin said.

Having solar energy stored can help with overall electricity reliability Jin said. In the wake of a cold-snap that left millions without power for days on end in Texas, having diversified power sources offer more assurances that the lights will stay on.

“Those in my mind will likely give you the most robust response and the most flexibility when you have the kind of crisis you see [in Texas],” Jin said.

Conway said We Energies has been working on renewable energy for years, already cutting its carbon emissions by 50% since 2005. They have a goal to be net carbon neutral on electric generation by 2050 and the economic environment surround renewable energies could help them get there. 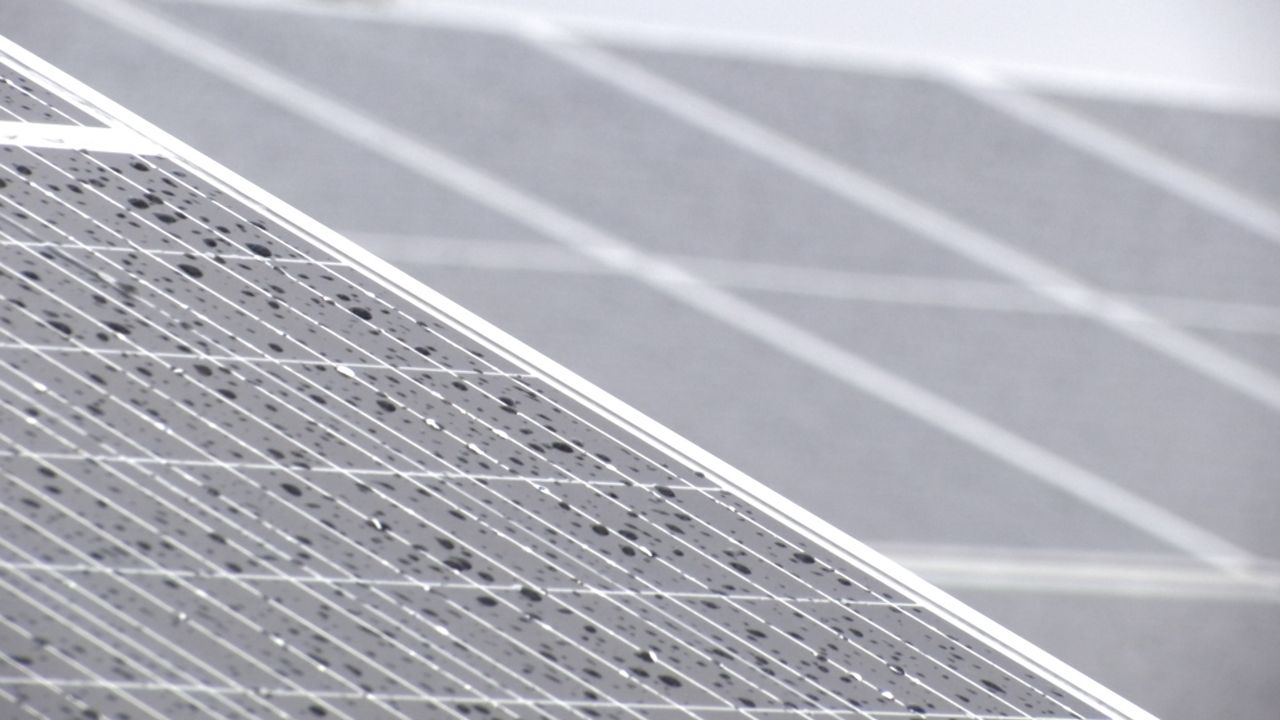 “Solar energy prices, and now battery prices, have just plummeted over the past five to 10 years,” Conway said. “So now it's made it more economically available so that companies like ours can do it.”

We Energies announced the closure of two fossil fueled plants in the Fall. The company also plans to invest $2 billion by 2025 in new renewable generation. The two solar battery facilities announced this year are part of that initiative.

Ultimately Conway said this will save ratepayers a billion dollars over the next 20 years. We Energies says it's not done investing in renewables yet.