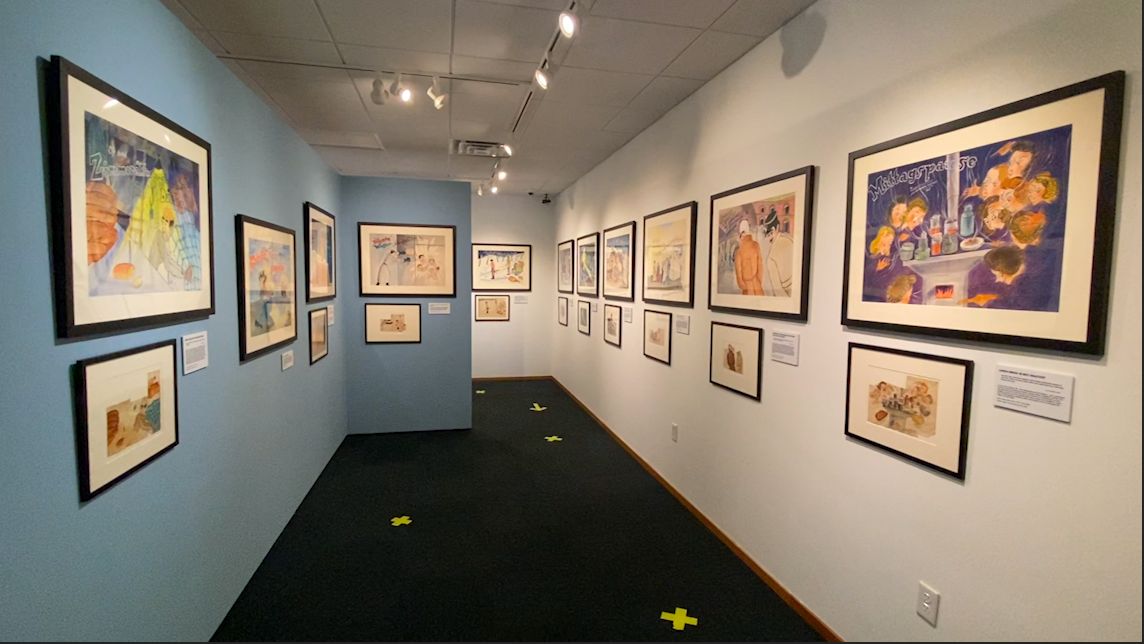 MILWAUKEE — Museums across the Milwaukee area are finally opening back up to the public, including the Jewish Museum of Milwaukee.

After trying to open back up in August, the Jewish Museum of Milwaukee decided to shut back down in December due to the COVID-19 pandemic. Which means it’s been almost three months since people have been inside their building.

However, starting Friday, they will now be able to come back in to check out a brand new exhibit.

“To Paint is to Live” is the name of the exhibit. It’s a look back in time from a well known Jewish artist Erich Lichtblau-Leskly.

His work details his experience living in a ghetto during World War II.

“He was an individual who, along with his wife was imprisoned at theresienstadt in what was Czechoslovakia, and he, while there created a whole series of works documenting everyday live behind the ghetto walls,” Jewish Museum of Milwaukee curator Molly Dubin says.

His work highlights the propaganda, living conditions, and reality a lot of Jewish people went through at the time.

“Erich really calls out the diseases that were rampant in the ghetto,” Dubin says.

It’s a detailed experience that people are now able to see in person after a long time of being shut down at the Jewish museum.

“We’ve done online content but there is really nothing that replaces being in the space, and certainly when you talk about art and artifacts having that physical proximity that gives you this palpable feeling of really connecting,” Dubin says.

Allowing a face to face experience with works of art that were once torn up and hidden beneath floorboards to keep safe. It is now ready for Wisconsinites to view up close and personal, socially distanced of course.