Tornado confirmations coming in from Thursday

The National Weather Service in Wilmington confirmed an EF0 tornado briefly touched down shortly after 5 pm near New Holland in Pickaway county.

The tornado touched down around 5:20 pm and lifted up around 5:22pm.

There were no injuries, but there was damage.

The National Weather Service in Pittsburgh confimed an EF1 tornado in Jefferson county touched down near the town of Berkholz around 5:20 pm.

The assesment was made after looking at tree damage in the area. 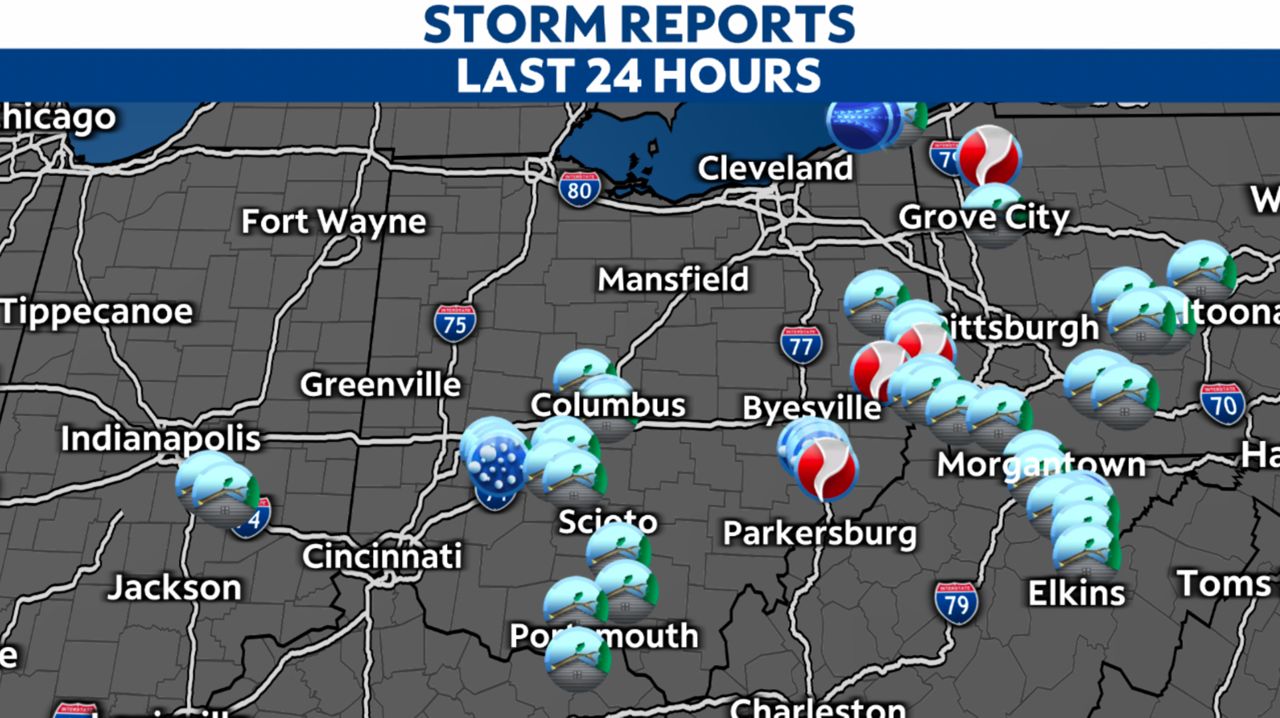 A tornado touched down in Wintersville, Ohio, damaging 40 structures. The structures included homes, a church and a local business. Five homes are total losses.

There were no reported injuries with the twister.

Some folks in Wintersville are waking up to some serious #storm damage after a #tornado tore through the Bantam Ridge Road area last night. Officials say about 40 buildings have structural damage. Thankfully, no injuries. #SevereWeather #ohwx pic.twitter.com/nrl4DwO3D6

A resident, Katie Norris, reported the damage in New Athens, claiming, "we live in New Athens, Ohio, a small village in Harrison county. Around 5 p.m., the tornado came through. There was severe damage but as far as I know, no injuries." 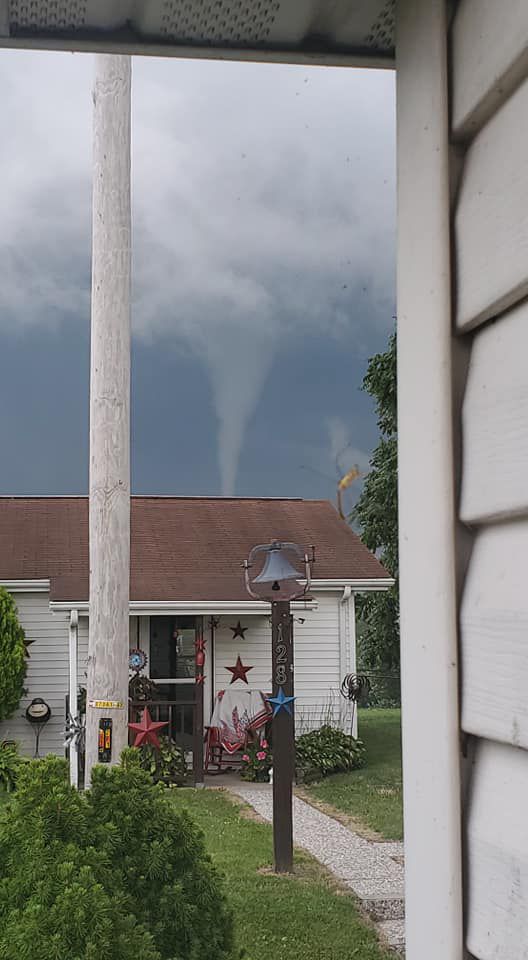 The tornado ripped through properties while also tearing down trees and power lines.

There was a third twister that formed right along interstate I-70 and hugged the highway west of Wheeling, West Virginia.

The tornado was spotted in St. Clairsville, Ohio.

Nikita Hoffman witnessed the tornado from afar and captured a video of the tornado in Harrison County.

High water blocked off and closed down many roads.

Rushing high water caused a flash flood in Waverly. According to local law enforcement, there were water rescues from homes in the Waverly area due to lots of flooding in Pike County around 9 p.m.

July 30 Editor's Note: The number of structures damaged has been updated.