Tornado or not? What those scary-looking clouds really are

During summertime storms, you can find a variety of cloud formations, and some can look alarming!

For example, take a look at the image below. Do you think it's a tornado?

When your local Spectrum News meteorologist says, “it’s raining like cats and dogs,” you can expect a heavy downpour! 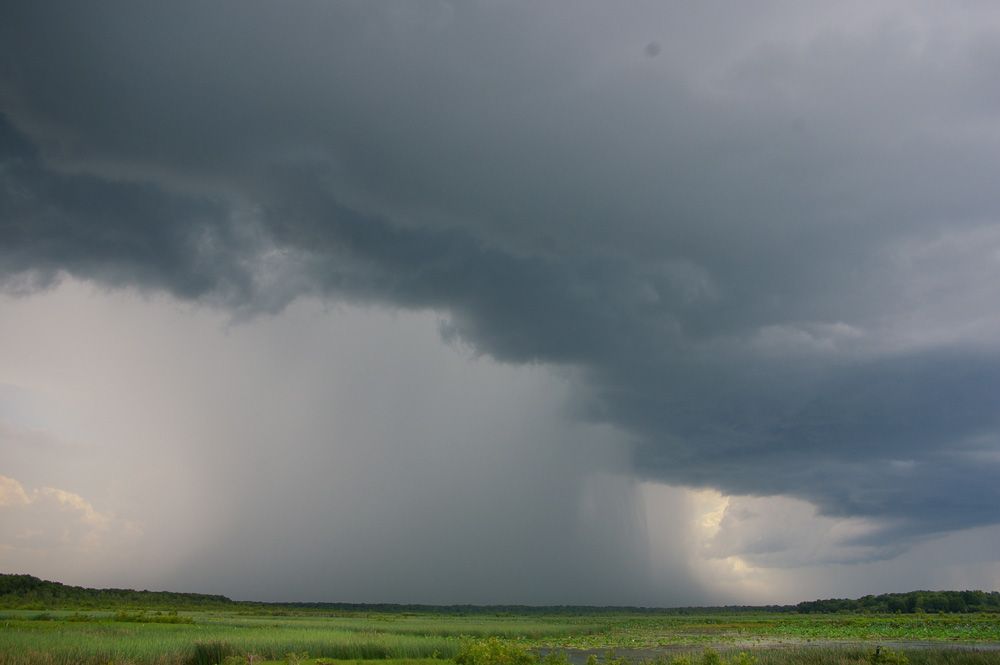 In the summer, thunderstorms can produce heavy bursts of rain, with potential rainfall rates of more than 2 to 4 inches of rain per hour!

A microburst, or rain shaft, is a short-lived downpour of rain that is relatively compact. It typically lasts 5-15 minutes and can be up to 2 miles wide.

Intense winds create microbursts. These winds descend from the rain clouds, then hit the ground and fan out horizontally. The lowering of the clouds creates a visible rain shaft.

While this dark area may have a distinctive shape, it’s simply an area of heavy rain and wind descending to the ground.

A strong gust of wind can sometimes occur, but it is NOT a tornado.

Typically when we have a long line of thunderstorms, known as a squall line, a nasty-looking cloud develops on the leading edge of the storms. These clouds are called shelf clouds. 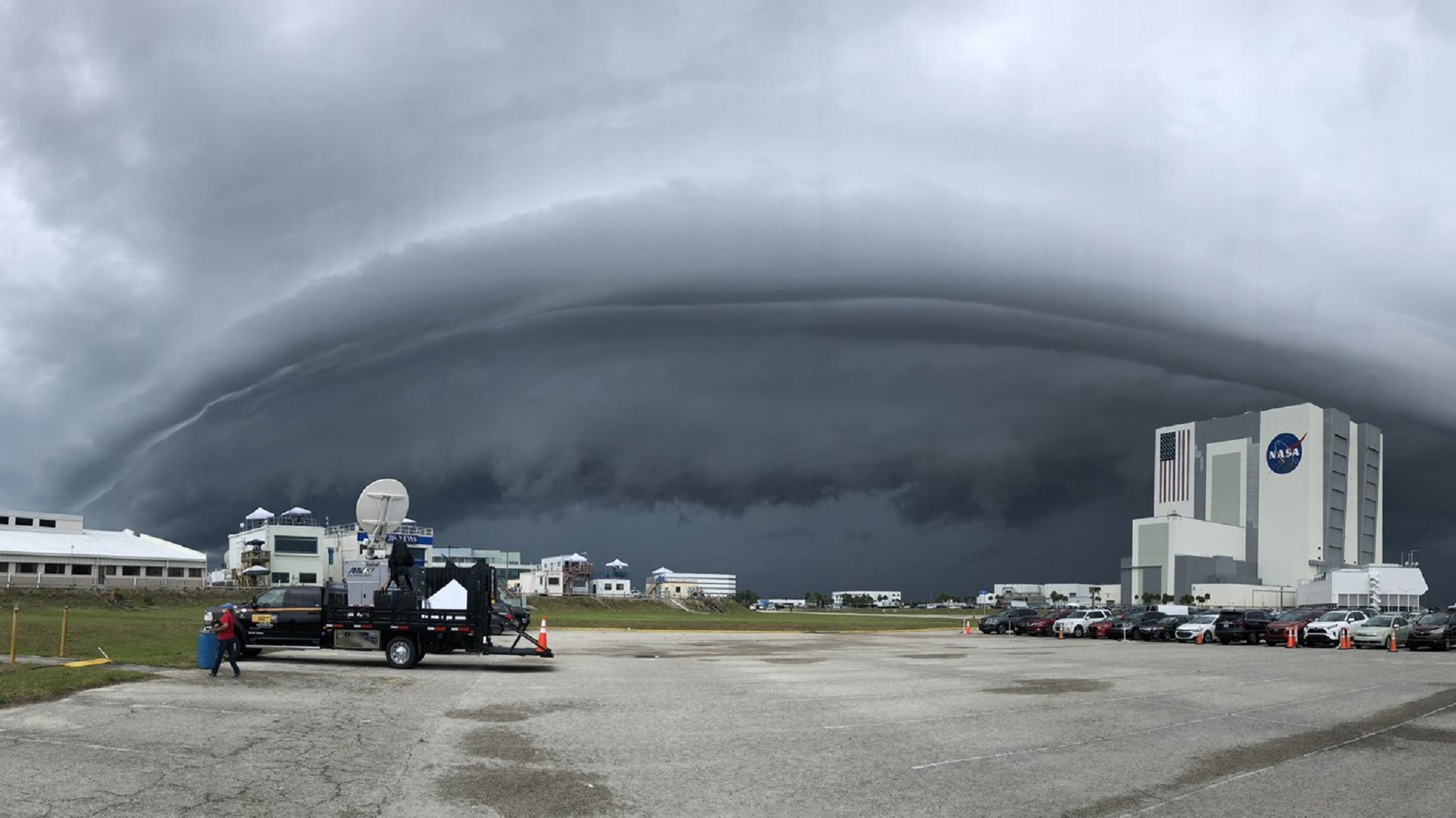 What you are seeing is the boundary between a downdraft and an updraft of an approaching storm, usually a line of thunderstorms.

The rain-cooled air descends in a thunderstorm’s downdraft then spreads laterally when it reaches the surface, then the warmer, moist air is lifted at the leading edge of the storm of this rain-cooled air. As the warm, moist air condenses, you can see the shelf cloud.

As the shelf cloud passes, you can quickly feel the shift in wind direction and wind speeds pick up. You are feeling the gust front which is typically the boundary out ahead of the thunderstorm.

The gust front winds are strong and can cause damage with straight-line winds. However, this scary-looking cloud is not a tornado.

This next cloud looks similar to the shelf cloud. However, it is different! 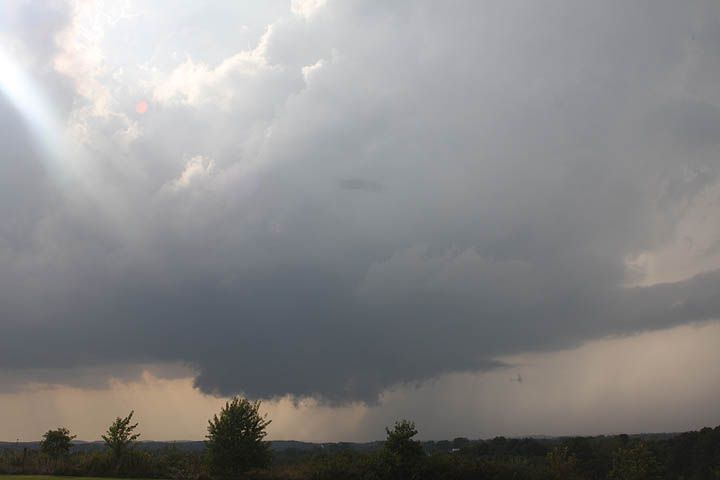 A wall cloud is a large, localized, persistent/abrupt lowering of a cloud that develops beneath the surrounding base of a cumulonimbus cloud.

It’s typically beneath the rain-free base portion of a storm and indicates the area of the strongest updraft within the thunderstorm.

The wall cloud by itself is NOT a tornado, but we need to watch these clouds as a tornado could form from it, which would then be dangerous.

Scattered Cumulus Under Deck, SCUD clouds, may look like funnel clouds, but they form much differently. SCUD clouds form in areas of high relative humidity as air rises in a thunderstorm.

These clouds look ominous but are harmless. The biggest difference between a SCUD cloud and a funnel cloud is SCUD clouds do not rotate and, more often than not, are detached from the bottom of the storm.

You can spot the SCUD cloud in the vicinity of rain shafts.

One trick to tell a funnel cloud from a SCUD cloud is if the cloud features on the edges are smooth due to rotation.

Next time you come across a scary-looking cloud, send us your photo using our Spectrum News app!