After parts of southwest Ohio reported nearly 10 inches of snow this week, average February snowfall has already been exceeded. We could be looking at the potential to make it into the top-10 snowiest Februarys on record in some areas.

With one significant event on February 8-9, some areas not only set daily records but saw more snow than the average for the entire month. Southwest Ohio took the brunt of the storm, where many areas reporting 8-10 inches of snow on those two days. Cincinnati has already picked up over a foot of snow just since the start of the month. 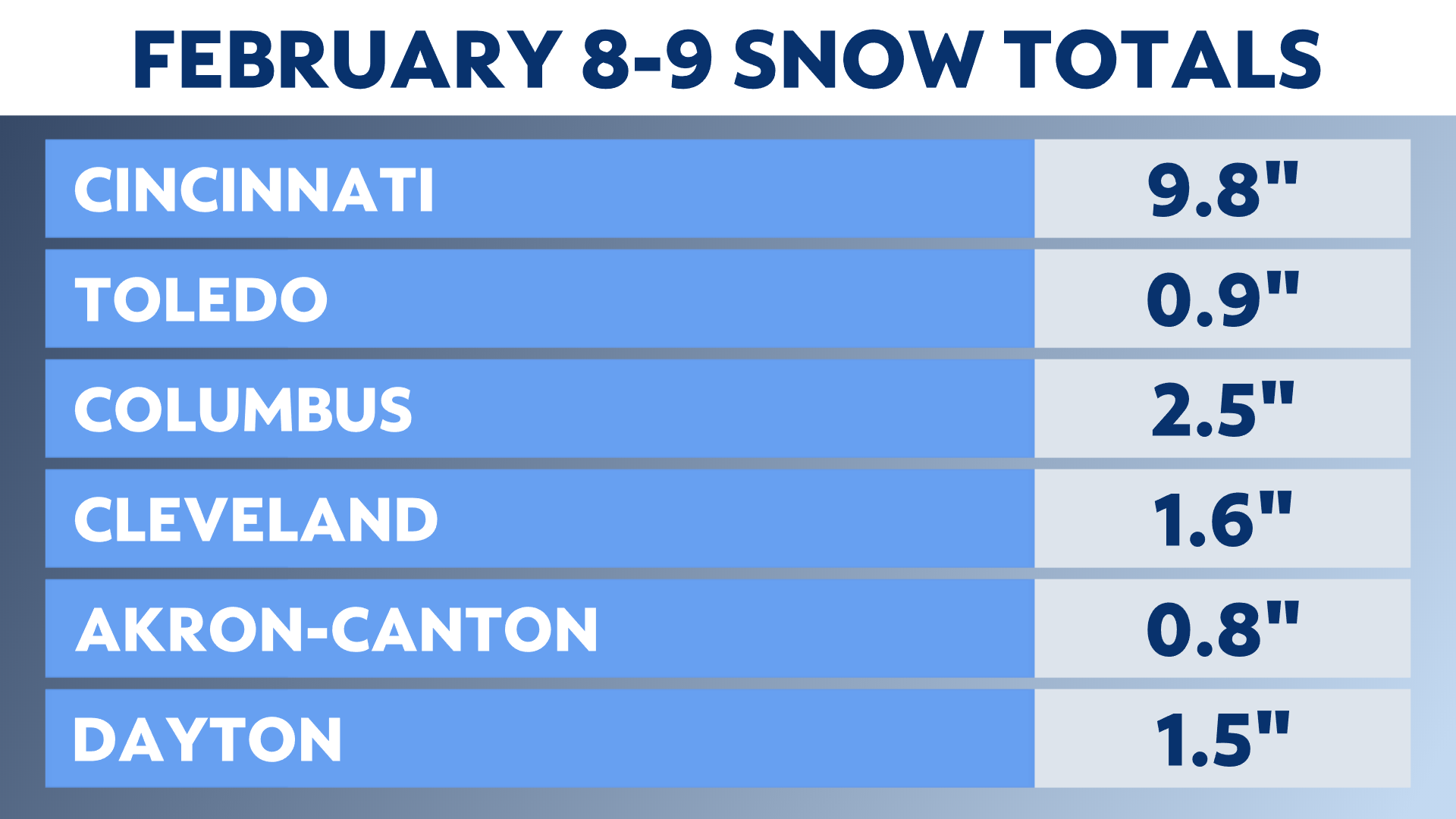 With another round of significant snow on the first of February, month-to-date totals are approaching the average for the entire month in many locations, including Dayton and Columbus. 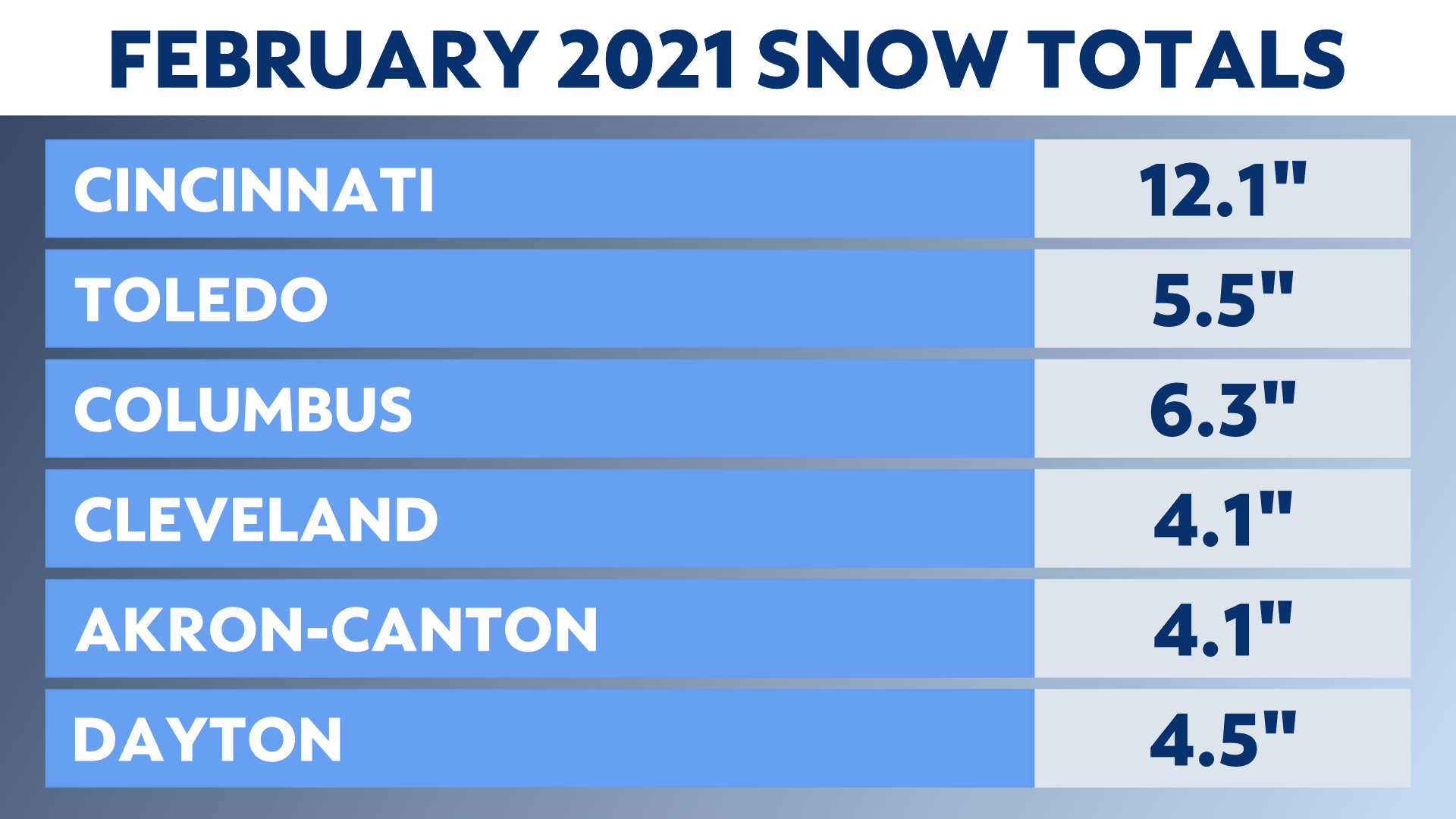 With several more shots at snow, other parts of Ohio could be looking at making the top-10 list.

However, to hit the snowiest February on record landmark, all of our areas still have a long way to go. 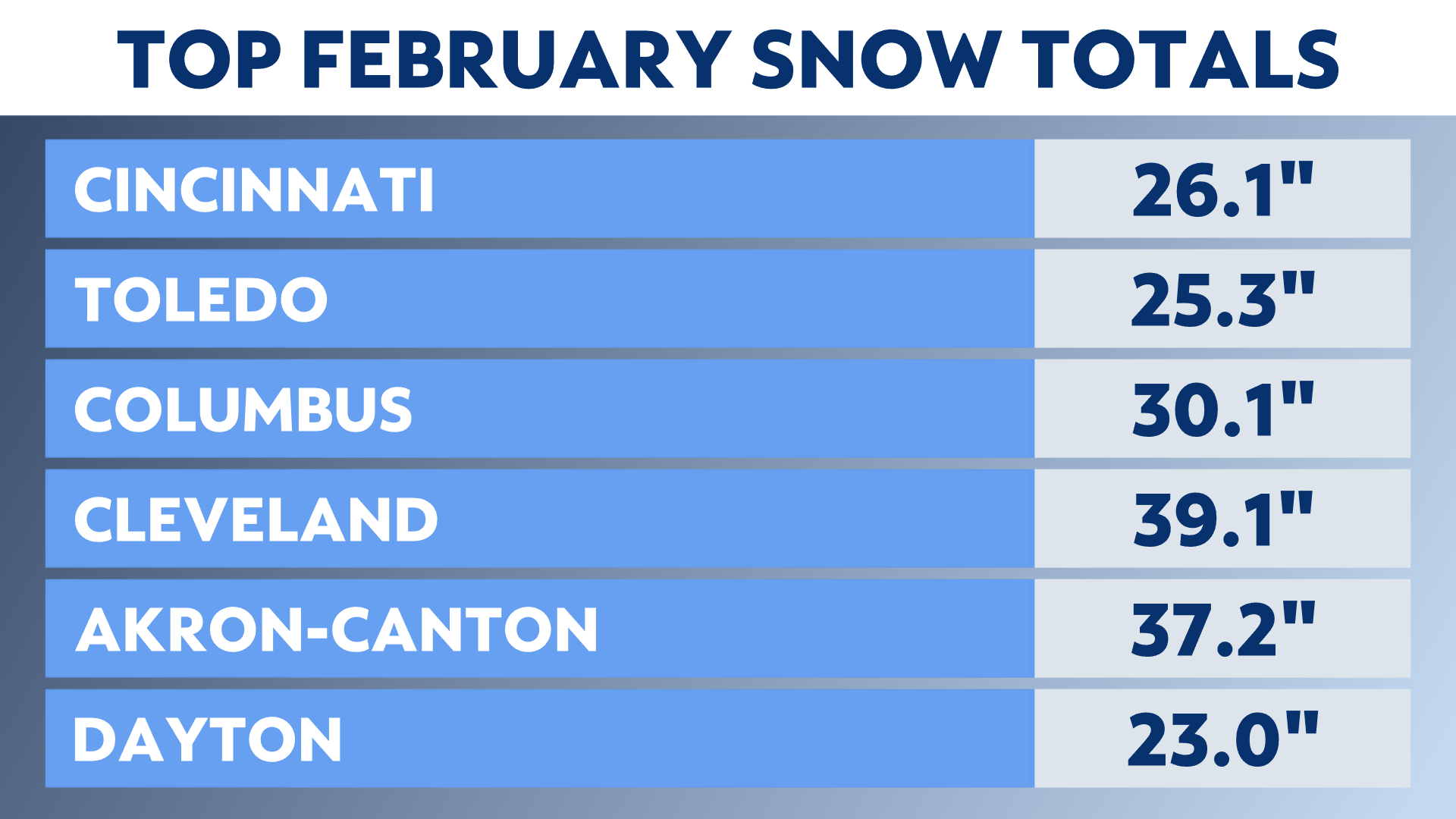