Ohio in February: The Averages and the Extremes

February is the month we start to warm up ever so slightly after our coldest month in January. But that doesn't mean we can't see plenty of snow or get brutally cold temperatures.

For our averages, Columbus can expect highs right around 40 degrees and lows in the mid-20s. We run slightly warmer in Cincinnati ​at about 43 for the high and 24 for a low. Cleveland averages slightly cooler, with an average high of 38 and average low of 24.

Average snowfall totals range from just over six inches in Columbus, to 6.5 inches in Cincinnati, and with the continued possibility of lake-effect snow, Cleveland averages just under 15 inches of snow for the month.

Those are the averages. What about the extremes? 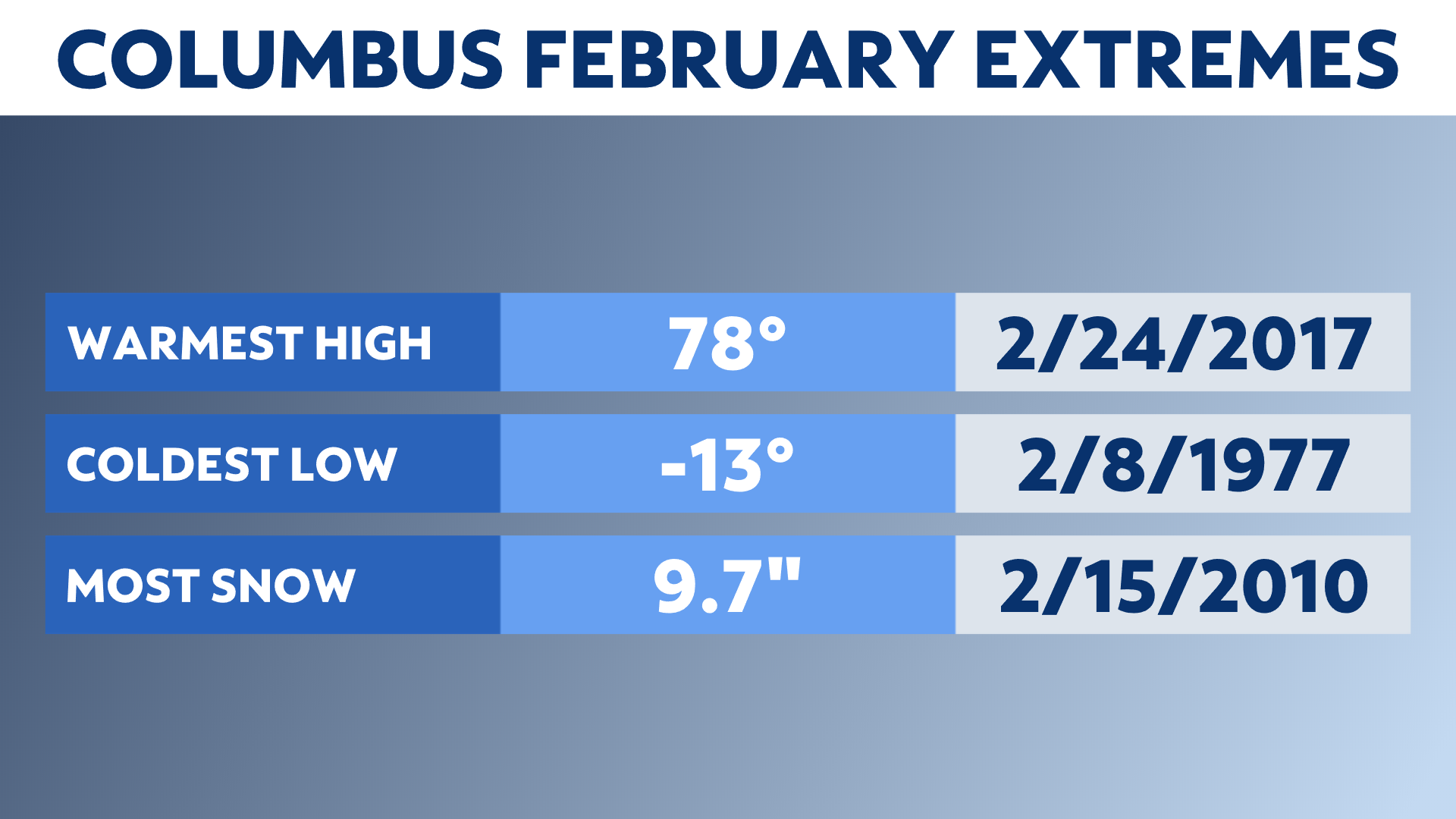 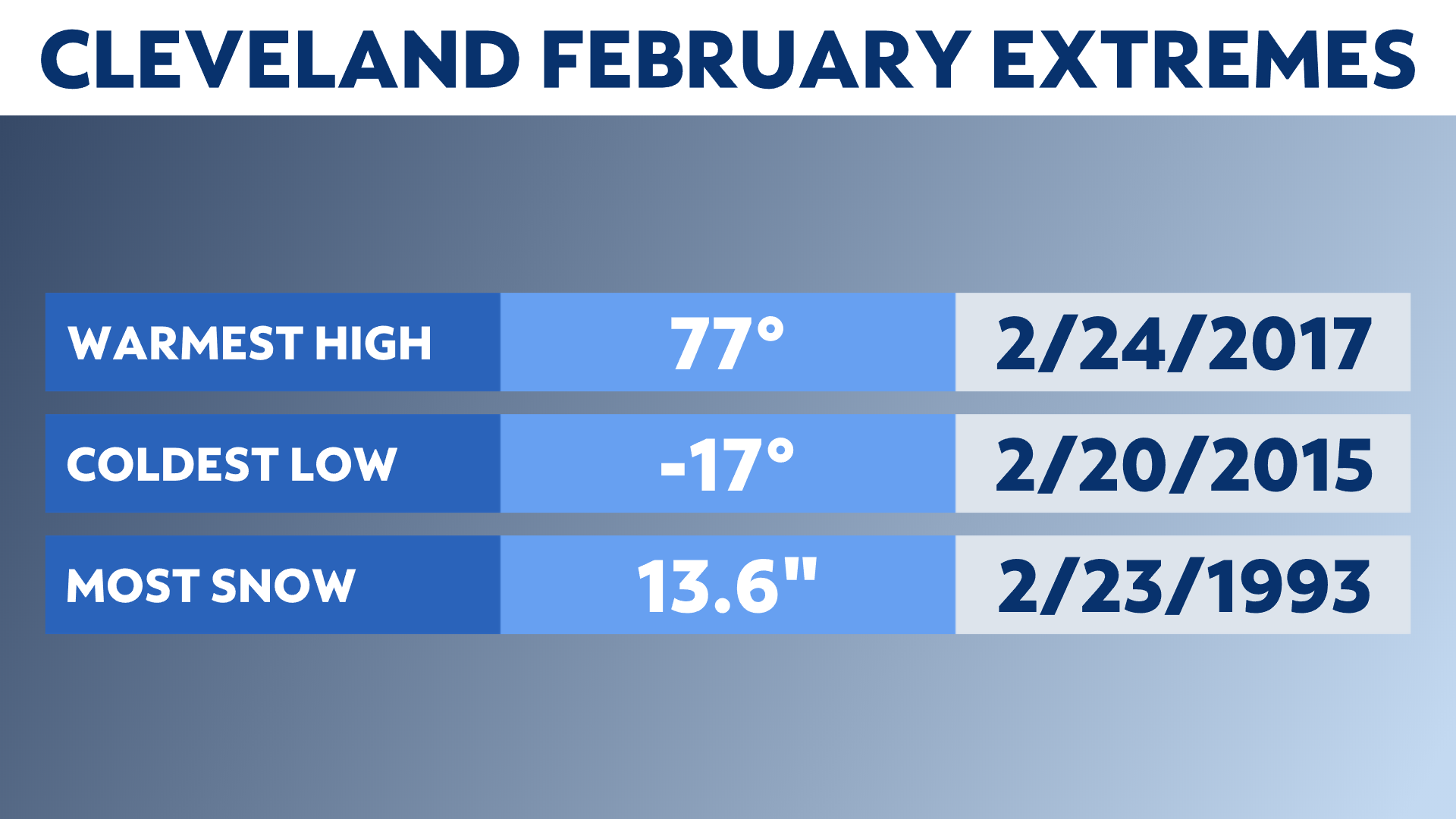 Our coldest temperatures were reported as -13 degrees for Columbus, -17 in Cleveland, and -15 in Cincinnati. The coldest average temperatures for February were in 1978 in Columbus and Cincinnati and 2015 for Cleveland. 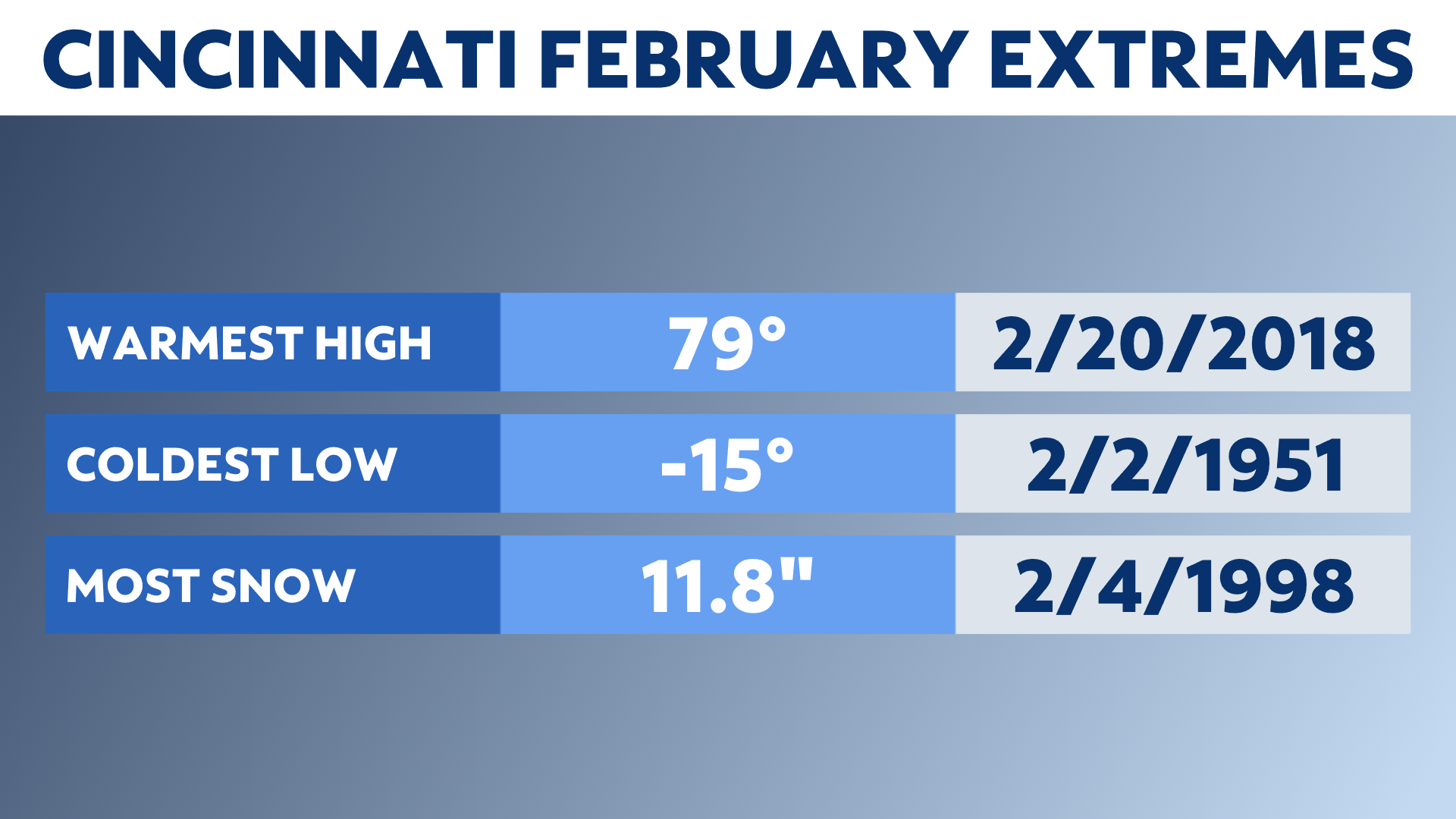 What about severe weather?

It's unusual, but it happens. An average of 0.3 tornadoes occur in February, so roughly one every three years. The last was reported in 2019.