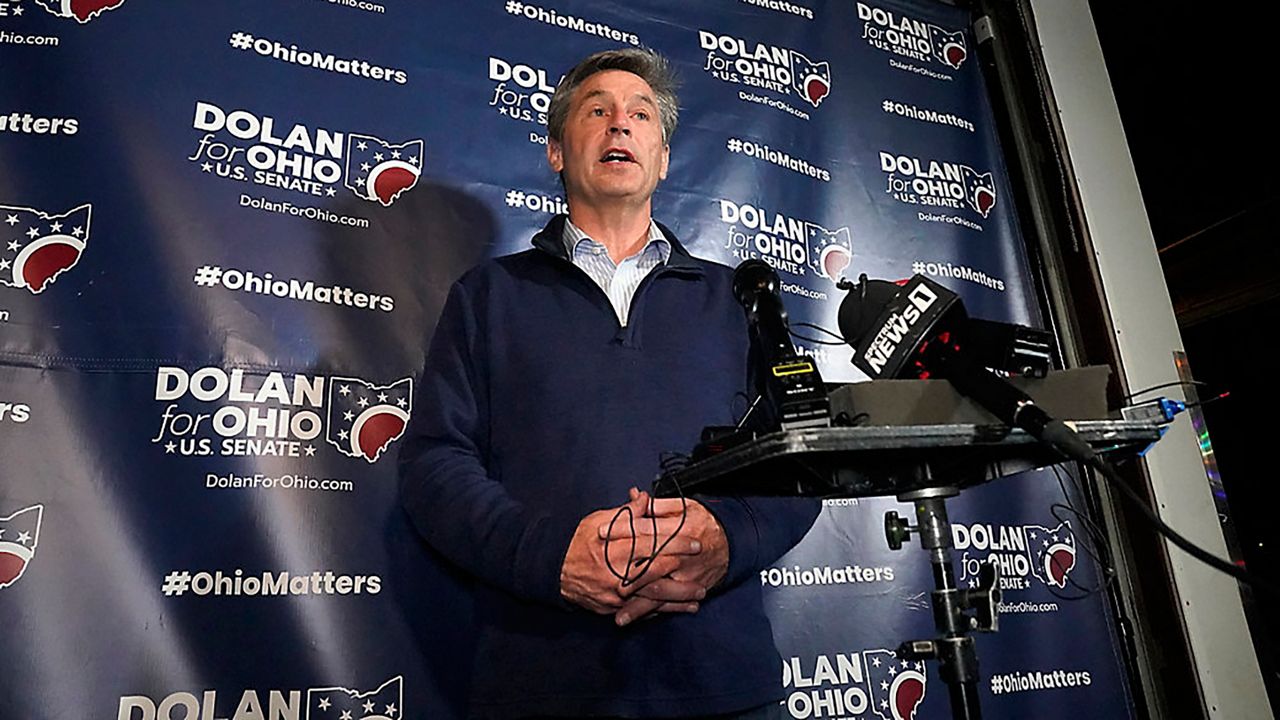 
Republican State Sen. Matt Dolan announced Tuesday he is running to take on Democratic incumbent Sen. Sherrod Brown in a race that could become one of the most expensive in the nation.

This time last year, Dolan was traveling across Ohio trying to convince Republican primary voters that he should be their nominee for Senate in the open race to succeed outgoing Sen. Rob Portman (R).

He finished third in the Republican primary to JD Vance, who went on to win in the general election and was sworn-in earlier this month.

Now, Dolan is running again, this time with the goal of kicking Brown out of office.

“What I ran on, what I’m continuing to run on is America’s challenges are real and we need someone who's willing to go to Washington and engage and solve these problems,” Dolan told Spectrum News in an interview on Tuesday.

Dolan is an attorney who has been a state senator since 2017 and, before that, a state representative. His family owns the Cleveland Guardians baseball team.

In his 2022 race, Dolan spent $11 million of his own money on the campaign. He said on Tuesday that he’s willing to self-fund at least some of the way again.

“I will have the necessary resources to run a winning campaign,” he said. “I will look forward to raising money throughout this election season, and my wife and I will invest in ourselves as well.”

Dolan said he will campaign on conservative policies like securing the southern border and lowering inflation.

Brown has already said he plans to run for a fourth six-year term. He’s one of three incumbent Democrats up for reelection in states former President Donald Trump won in 2020.

Brown’s team declined to comment on Dolan entering the race, but he told Spectrum News last November that he believes a Democrat can still win statewide in Ohio, even though he’s the only one to do it in the last decade.

“People recognize that I get up every day and fight for the dignity of work,” Brown said.

“It’s time for a change. Tell Sherrod Brown: retire or get fired,” the ad says.

Dolan knocks Brown for voting 98% of the time with President Joe Biden, according to the website FiveThirtyEight.

Dolan was the only Republican in last year’s Ohio primary who focused solely on policy and not on Trump.

While Dolan is critical of Trump’s personality, he voted for him twice and says he agreed with most of his agenda.

He still leaves open the possibility of supporting Trump in 2024 if he wins the Republican nomination for president, but Dolan thinks it’s wrong for the GOP to stay focused on the baseless claim that the 2020 election was stolen. He said he thinks any candidate needs to focus on moving forward.

“We only have to look to the results of the midterms to show that when Republicans put up candidates who are looking backwards and running campaigns of grievances, they lost,” Dolan said.

Other Republicans are expected to jump into this race. Some of the names being floated are Ohio Secretary of State Frank LaRose and Bernie Moreno, a Cleveland businessman who also ran for Senate in 2022.