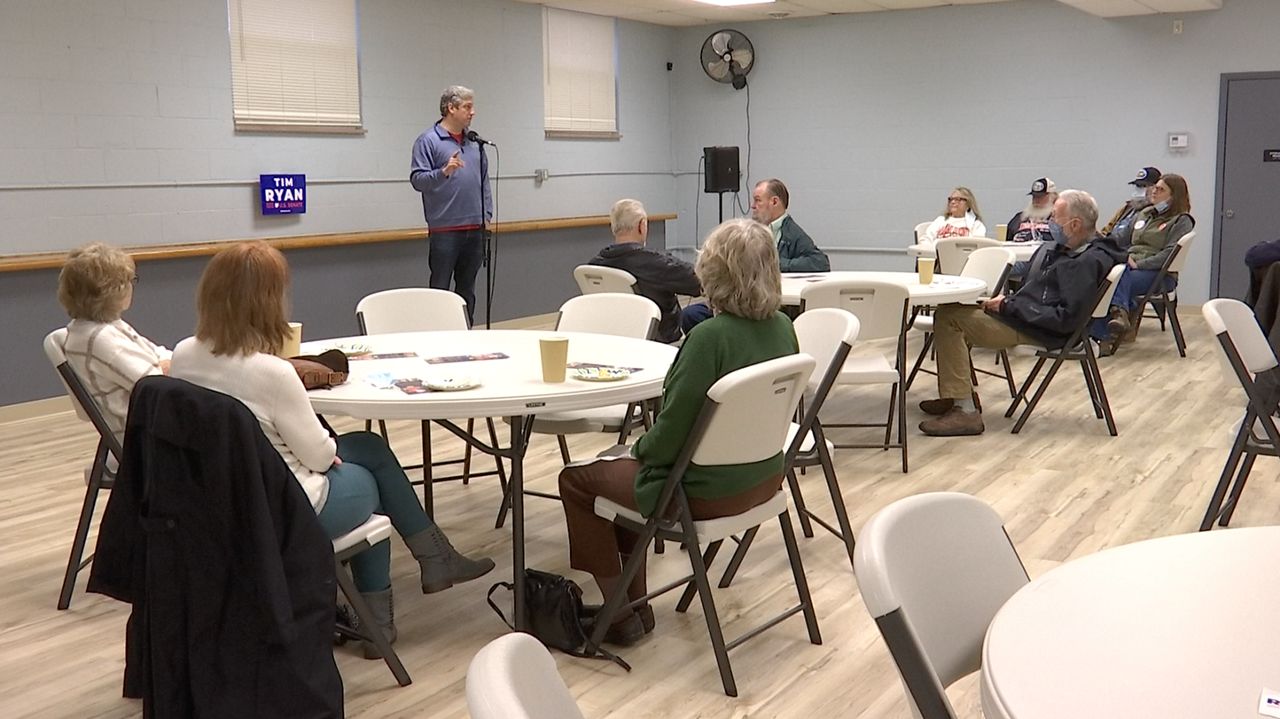 CAMDEN, Ohio — Tim Ryan and his team had driven over four hours in the rain to make his first event of the day in Preble County — far from his home base in northeast Ohio.

“How are you, sir? Iron Workers, alright!” Ryan said while shaking hands with a man wearing a Local 290 union hat.

About two dozen voters had gathered in downtown Camden on a dreary Tuesday morning to hear why the longtime Democratic congressional representative thinks he should be promoted to the U.S. Senate. 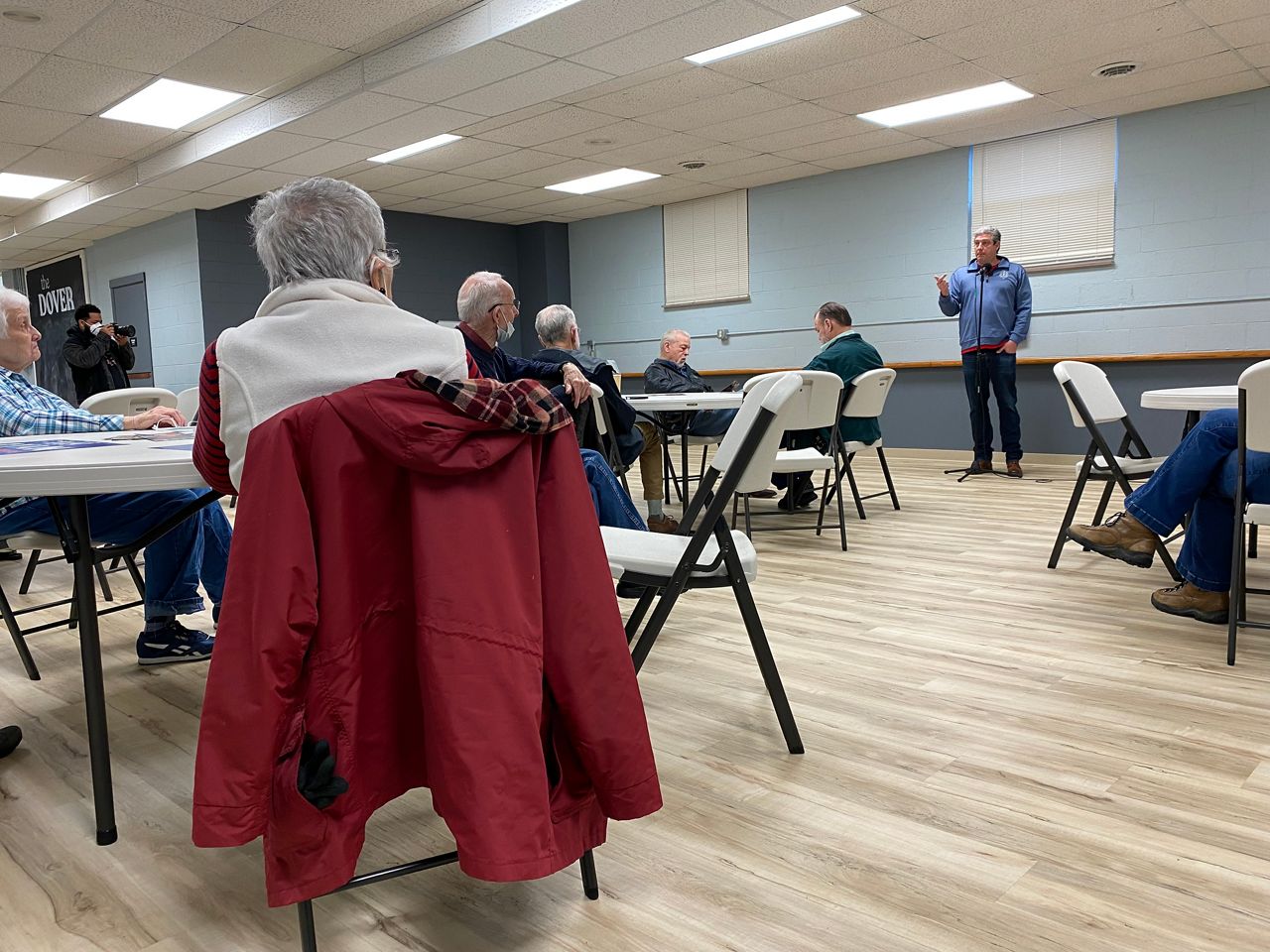 Camden’s population is less than 2,000 and sits in a county that former President Donald Trump won 80% of the vote in.

In events like this across Ohio, Ryan makes the same pitch that has helped him become the frontrunner for the Democratic nomination in the state’s closely-watched Senate race.

“Talk to your friends. Say, like, ‘He’s not a normal Democrat. This guy’s talking about everything that you care about,’” Ryan said.

He focuses strictly on the economy — jobs, wages, rebuilding the middle class and beating China.

Ryan talks about growing up in the Mahoning Valley and watching factories like the General Motors plant in Lordstown close.

“Every single major economic sector was dominated by Ohio and Ohio companies. And that’s what I want,” Ryan told the group.

It’s an appeal to voters who backed former President Barack Obama and then pivoted to Trump, helping him win Ohio twice by 8 points.

“I like his grit. I like how he doesn’t play,” said Amy Cox, who grew up in Preble County and is running for state representative.

She and her husband, David, think Ryan’s approach could break through to voters in conservative communities like theirs.

“He doesn’t really horse around with some of this divisive politics like these guys like to do,” he said.

Avoiding conflict and promoting compromise is a major theme of Ryan’s campaign.

“If you want someone who’s going to wake up every day the next six years and figure out how to have a culture war in this country, or how to pick an issue that’s going to do nothing but divide us, I’m not your guy. I’m not your guy,” he told about two dozen people gathered at the local Democratic Party headquarters in Xenia. 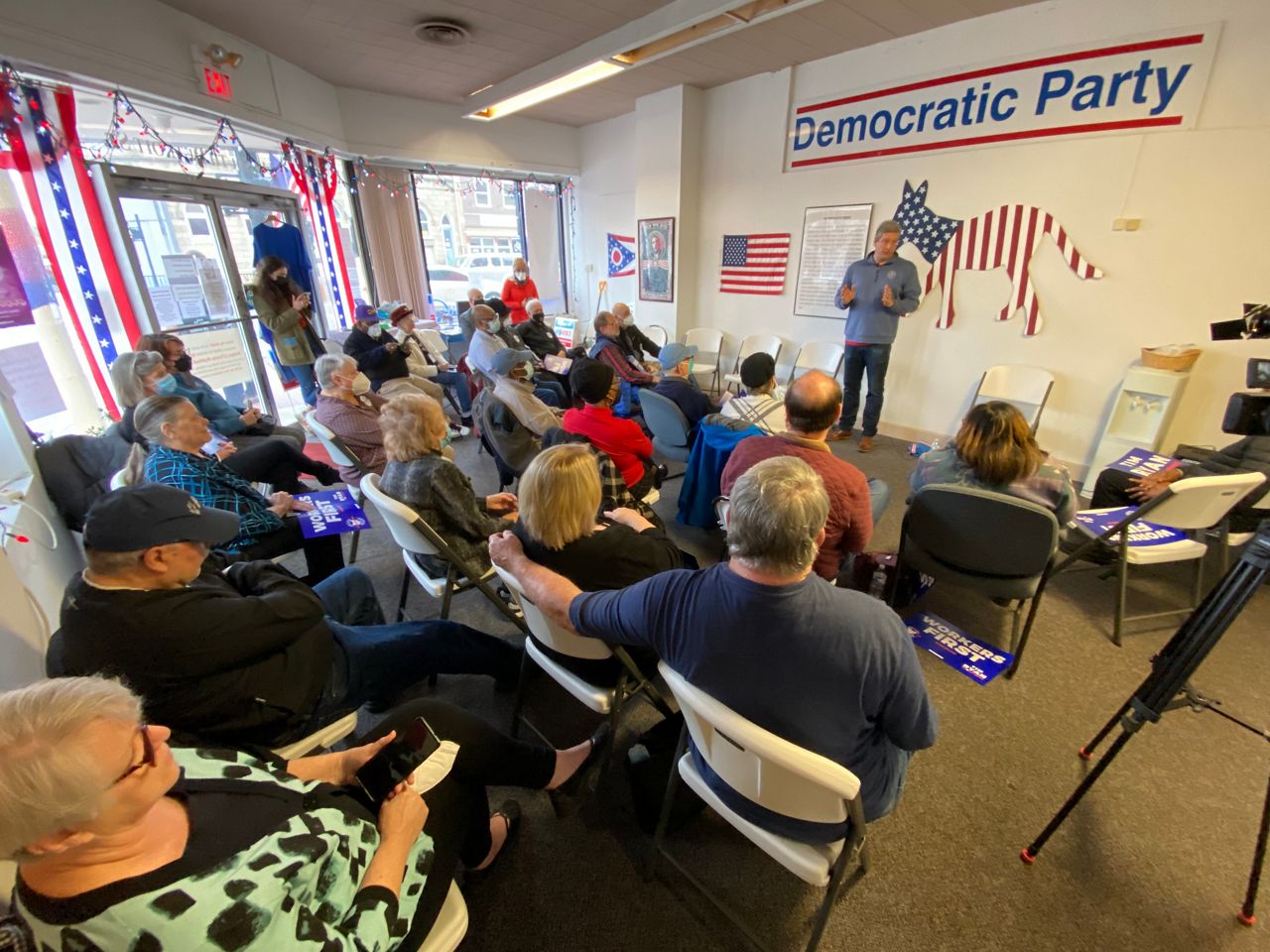 Ryan points to the crowded Republican primary field where all but one of the candidates are courting Trump’s endorsement and embracing his politics.

Ryan argues a Democrat can only be successful in Ohio if they lead with the economy and set aside more cultural issues.

“Look, Donald Trump wasn’t wrong about everything,” Ryan told Spectrum News in an interview after his event in Xenia. “He was right about China and the threat, and he was right about wanting to renegotiate NAFTA.”

But not everyone in the crowd agreed with his approach.

“Guns and women’s reproductive rights are a big deal. They’re not a culture war,” a woman said, raising her voice at Ryan during his stop in Xenia. “And I came in here ready to fight for you, but you are not speaking to me.”

Ryan responded by pulling up his fleece to show he was wearing a “Moms Demand Action” t-shirt, signaling his support for the gun control group. When he first entered Congress in 2003, Ryan had a ‘A’ rating from the National Rifle Association, but his views have evolved.

He also told the woman about how a change of heart led him to endorse abortion rights seven years ago, after spending years against them.

On the topic of health care, Ryan has also adjusted his views.

After once sponsoring a bill to enact Medicare for All, Ryan now says he opposes a government takeover, but favors a public option — a similar stance he had while running for president in 2019.

“I am not for taking anybody’s health care away that they have and they like,” he told the crowd in Xenia.

Ryan is trying to navigate the tricky crosswinds of winning the nomination of a party that’s moving further to the left and then attempting to win the general election in a state that’s been shifting to the right.

His main primary opponent, progressive attorney Morgan Harper, criticizes Ryan’s balancing act and bashes him as a career politician. She has requested to debate him for months, but Ryan only recently said he would only agree to debate if another Democrat listed on the primary ballot, Traci Johnson, also gets to take part.

So far, Ryan is out-fundraising Harper by millions and out-polling her by double digits. Brown has also endorsed him, the lone Democrat elected statewide who is not a judge, as well as the Ohio Democratic Party.

In response to Harper’s criticisms, Ryan argues thoughtful leaders change their positions as circumstances change. And he considers his almost two decades in Congress a strength.

“Washington is a place that needs somebody who understands what working people have gone through,” Ryan told Spectrum News.

In between his stops in Camden and Xenia last week, Ryan visited a picket line in Troy. 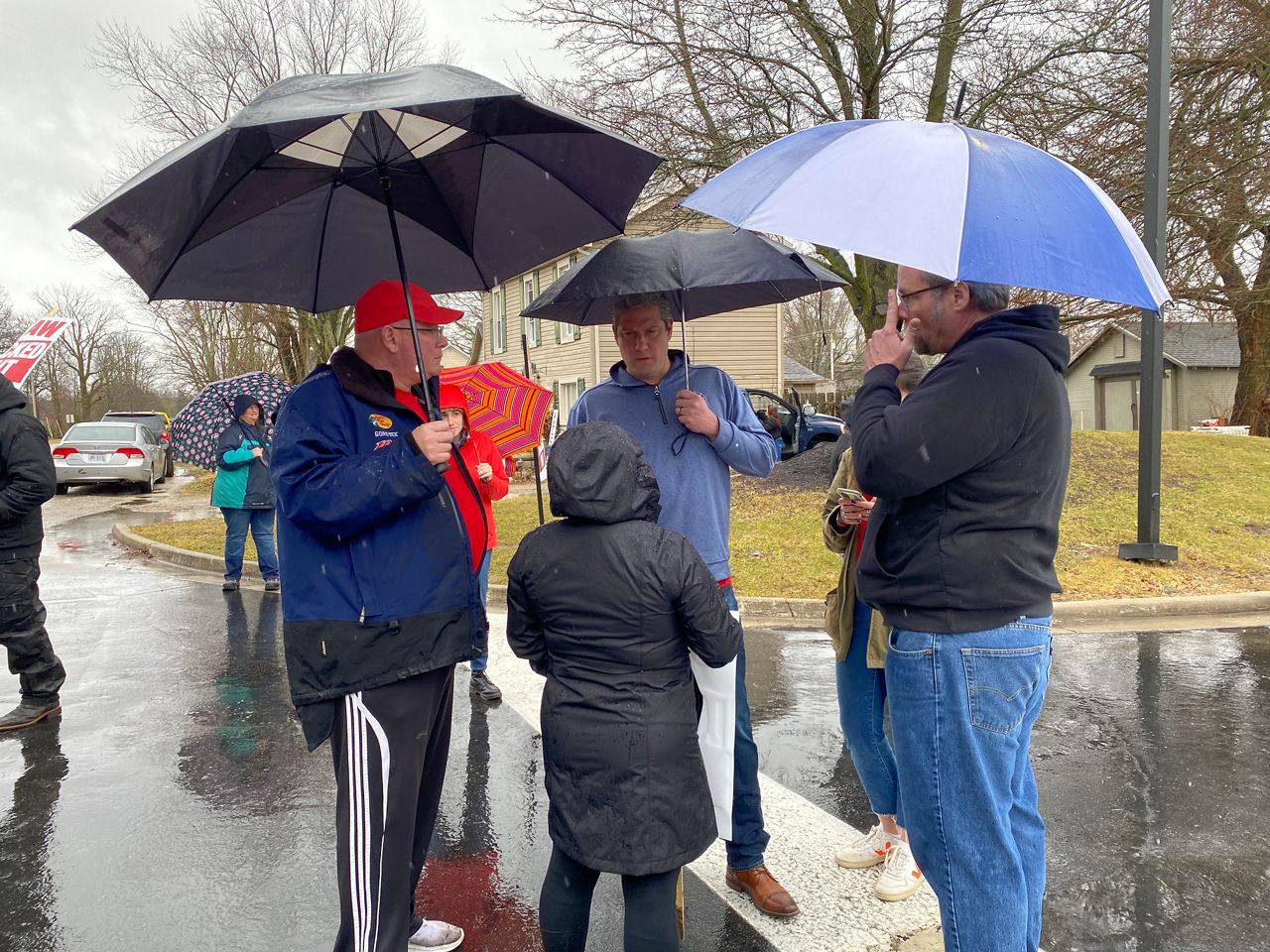 “You guys hang in there,” he told several dozens workers at Collins Aerospace who were locked out in a bitter contract dispute.

At stop after stop, Ryan repeats the phrase “cutting workers in on the deal.” The workers he met with said Ryan was the first politician to visit.

“It helps because it shows that they care about the people they’re representing,” said Fred Schmermund, who has worked at the plant for 21 years.

“I believe he’s truly looking out for the workers. That’s important to not only me, but the members,” he said.

Ryan admits he faces an uphill battle, but he’s betting that his focus on the economy — instead of the social issues dominating the Republican primary — will vault him to the Senate.

“I’m going to tell everybody what I did and you tell them the fights you want to have about Dr. Seuss and SpongeBob, and I bet we win,” Ryan said in Camden. “That’s what keeps me going.”