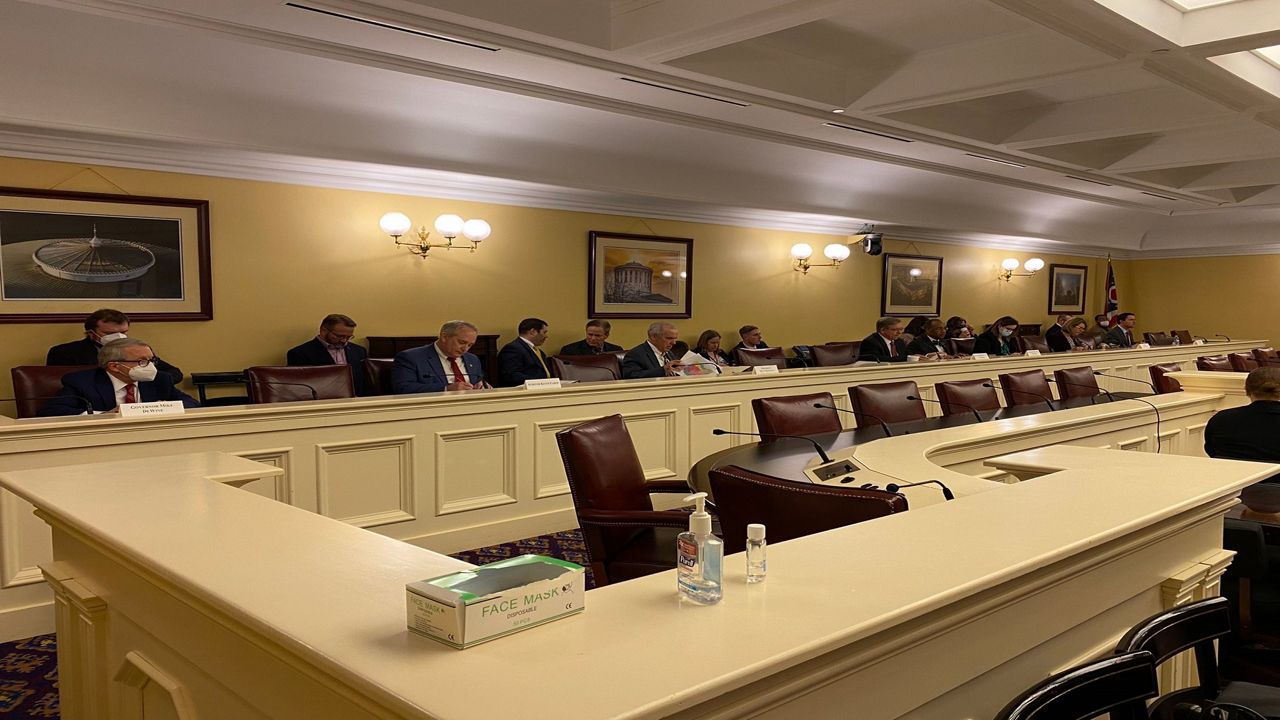 COLUMBUS, Ohio — The Ohio Redistricting Commission approved four-year legislative maps by a 4-3 decision, with a vote not staying along party lines for the first time in the process.

Huffman said the GOP's plan favors Republicans in 54 House districts and 18 Senate districts. Those numbers line up with how Ohioans have voted the last 10 years.

However, Russo argued there are dozens of so-called Democratic districts that are very competitive while Republicans have all safe seats. Sykes was not happy Democrats were not involved in the process.

Faber is the first in the redistricting process to not vote along party lines. He said he chose to vote against the maps, but it was because he felt it was gerrymandered to the unfairly favored Democrats.

“I’ve always said to me this is not a partisan process, it’s a constitutional process, and in that regard I have been very clear in my interpretation in what the Constitution requires and what it means and I will continue to hold that position,” said Faber. "I understand the desire to have a map. I understand the desire to send a map to the Supreme Court that that they will uphold. But again, I'm not going to, I've said all along, I'm not going to violate my view of the Constitution merely to get a map done."​

Huffman said the goal is to get constitutional maps in time for the May 3 primary election. Huffman felt the commission did that Thursday. He also said the two sides worked together despite claims saying otherwise.

"I thought we made it pretty clear that not only were we willing to work with them, we were here at the commission [meeting],” said Huffman. “I looked Senator Sykes in the eye and said we're all here what do you want to do? And he didn't do anything. There weren't any amendments offered. There was objections. Well, how do you want to change it? That's what working together means is you're in the same room working together.”

After the vote, Sykes and Russo said they were unaware Faber would vote no to the proposals.

Russo said the Republicans on the commission are using “smoke and mirrors” to claim a balanced map by also claiming the maps proposed by Democrats used a similar method.

“While we did have five [districts] between 50 and 51[%], we certainly did not have 19 that were between 50 and 52[%],” Russo said. "I don't view this as a better map. I, in fact, think it is a worse map than what he saw that has already been tossed out by the court. And listen, a lot can happen in four years and I'll leave that up to the voters to decide what happens next."​

She said the Ohio Supreme Court said toss-up districts should not be counted when considering fairness and balance between parties, regardless of the threshold being used to determine what party the district favors.

Using census data from Ohio University, Cupp said the House map is an improvement on the second House map passed by the commission. Cupp and Huffman claimed the GOP maps are symmetrical.​

Ohioans will see what the Ohio Supreme Court thinks about the maps—all seven members of the commission have to appear in front of the justices next Tuesday at 10 a.m.

Next Tuesday is also the same day Cupp said the commission will get back to talking about a new congressional map.