Residents have mixed emotions about millions of Americans having their personal student loans forgiven. (File)

Since being announced Wednesday, the proposal brought hope to many people struggling with financial burdens for years while others questioned why they should foot the bill for another person’s debt.


Under President Joe Biden’s plan, borrowers who earn less than $125,000 a year, or families earning less than $250,000, would be eligible for $10,000 in federal loan forgiveness. Those who received Pell Grants — funds available to undergraduates facing significant financial challenges — would be eligible to have an additional $10,000 in loan debt canceled.

Parent Plus loans — federal loans taken out by parents to pay for their children’s education — are also eligible.

Biden announced several other aspects of the program to lessen the burden on those with student loans, including extending the pause on all federal student loan payments through the end of 2022.

“Honestly, this is the first time I’ve seen any hope of making legitimate progress on paying them off,” said Dale Marie Pontz, 43. “It doesn’t go far enough — these loans still felt predatory even though they were federal aid, but it’s definitely a start.”

Pontz, who attended high school in Southwest Ohio, stayed close to home for college and attended Northern Kentucky University. After graduating with a degree in communications, she earned a graduate degree from the University of Cincinnati.

While Pontz had a scholarship for college, getting supplemental loans felt like the default situation for a lot of students in the late 1990s and early 2000s, she said.

Her parents weren’t able to help with her living expenses, so getting loans was the best option until she could find a job that meshed with her schedule as a full-time student, Pontz said.

Pontz qualified for “a lot of financial aid and Pell Grants,” she said.

After graduation, Pontz spent some time as a part-time college instructor, but she had trouble finding a job. As a result, she spent time in forbearance and the “interest spiraled out of control very quickly,” she said. Her initial $35,000 in loans ballooned to around $60,000.

“It got to where I just assumed I would never pay them off,” she added. “My younger years’ financial struggles set me up for what felt like an insurmountable debt.”

Now, Pontz sees a light at the end of the tunnel.

A ‘mix’ of feelings about student loan forgiveness

Today, Patti Whalen supports student loan forgiveness but she had mixed feelings about it in the past.

The 59-year-old became a mother early in life and, at times, struggled to make ends meet. Over the years, she and her husband “scrimped and saved,” forgoing things like family vacations and “fancy prom dresses” to pay for their children’s education.

By the time she was 38, she had saved $80,000 to send her oldest daughter to college. Whalen also put her two other children through school, along with herself and her husband.

She admitted to being upset while watching her friends go on “the crazy vacations we didn’t get to go on,” only to watch them send their kids off to college with no savings and to end up with tens of thousands of dollars in student loan debt.

Those mixed emotions subsided after a conversation with a few of her younger peers.

“One day, I’m sitting down with some of these young adults, in their 30s, and they’re telling me about the fact that you can’t file bankruptcy to get out of student loan debt and the predatory lending for a federally backed loan,” she said

Even though she knows someone has to pay that debt, she takes issue with people being OK with giving “big corporations tax breaks and incentives to be there in those communities” and then not seeing the same economic benefit to helping those with student loan debt.

The White House estimated the plan would erase the federal student debt of about 20 million people. 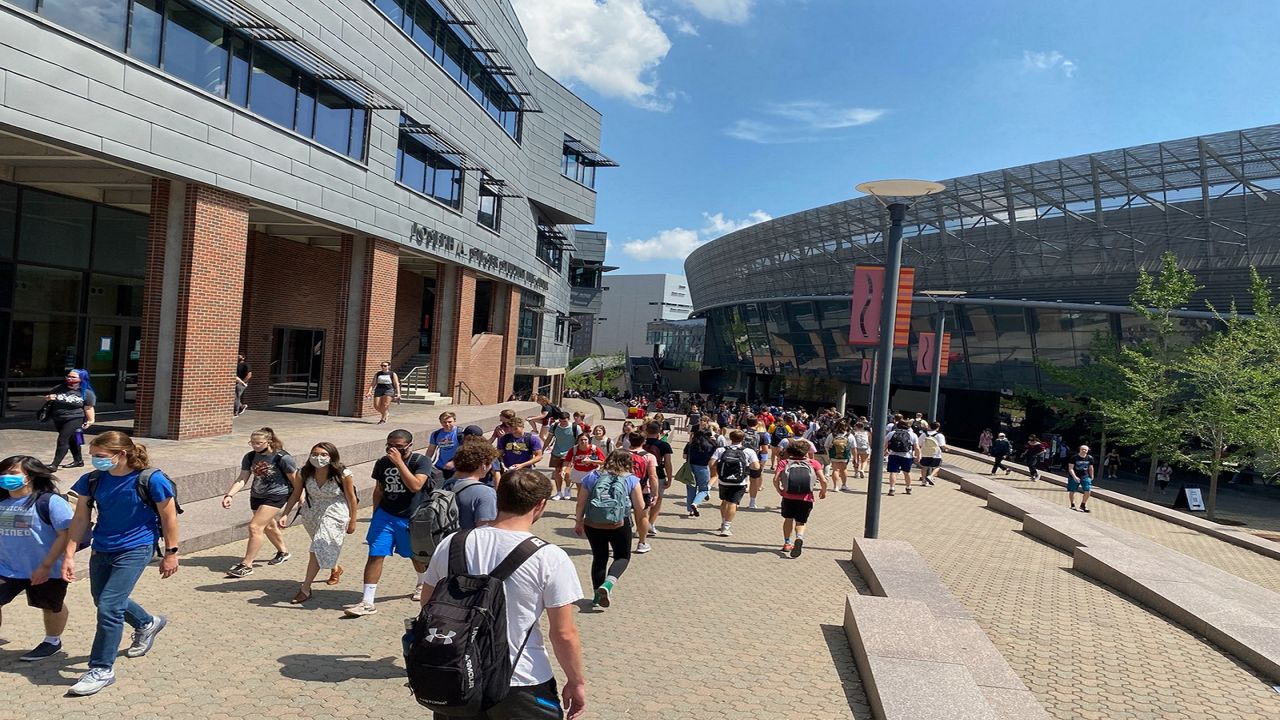 “In a lot of cases, it probably wasn’t the kid’s fault,” Whalen added. “To enter college, these young teenagers have to take out these exorbitant loans, and then they’re basically met at the school gates by credit card vendors who are looking to take advantage of them.”

Rocky Boiman sympathizes with those who are facing large amounts of student loan debt but said it’s a result of a choice they made.

“There was no surprise there. It’s not like something happened and all of a sudden they got all this debt thrown on,” said Boiman, a talk show host on 700 WLW, a conservative-leaning radio station. “They knew exactly what they signed up for. So why should it be the responsibility of everyone else to pay for that? You made that decision, so live with it.”

Boiman said he puts aside money from each paycheck into Ohio’s 529 Plan. It’s a tax-free (or tax-advantaged) program focused on helping parents and guardians save for their children’s future college expenses. Rules vary by state. In Ohio, a person can deduct up to $4,000 per year for a qualified contribution.

“I don’t think it’s right,” Boiman said of the loan forgiveness proposal. “The vast majority of people in this country didn’t go to college and take on debt they can’t pay back. But they’re the ones who will be stuck paying for the people who are in a bad spot.”

A former high school football star, Boiman earned a full-ride to the University of Notre Dame in the late ‘90s. Had he not gotten the scholarship, Boiman doubts his family would have been able to afford to send him to the prestigious private university in South Bend, Ind.

“I would have either had to pay for it out of my own pocket or I wouldn’t have gone,” he said. “It’s that simple.”

Boiman is especially upset that some people have “busted their butt” to either pay off their student loans or take jobs — such as entering the military or working in public service — that can lead to those debts being forgiven.

For example, the federal government has a longstanding program that cancels a person’s student loan debt after 10 years of employment in the public sector and regular monthly payments. Critics of the program have called it overly complicated.

“I fully recognize student loans are a big issue for people… still paying off debt, but what about the people who already paid off their loans and struggled to do so,” Boiman said. “Do they get a subsidy back, too? Where does it end?”

Who’s paying for what and how?

Whalen took to social media this week after seeing what she saw as “hypocrisy” among critics of the student loan forgiveness plan. That includes some of her own friends.

The Cincinnati resident recalled watching some of those same critics “live beyond their means” until they ended up filing for bankruptcy in their personal lives to make a fresh start not burdened by debt.

“I sit there and see these same people standing up and screaming, ‘personal responsibility. We had to pay for our kids,’” Whalen said. “And I’m asking, ‘You filed bankruptcy. Who paid for that?’ Debt doesn’t just disappear. They spread it around to all of us.”

It’s not entirely clear how the federal government plans to recoup the lost tens of millions of dollars in lost student loan payments. But one thing is certain, someone is going to pay for it, according to Thomas Lebesmuehlbacher, Ph.D., an assistant professor of economics at Xavier University.

In a statement, the White House noted the cumulative federal student loan debt is $1.6 trillion and rising for more than 45 million borrowers.

“Rather than it being debt all accumulated together across these 40-something million borrowers, it’s all going to fall on the shoulders of the federal government,” he added. “The government deficit would definitely go up. We’re not sure by how much, but we know someone would owe that.”

Brent Shock, Miami University vice president of Enrollment Management and Student Success, said the proposal would provide debt relief to millions of low- and middle-income borrowers. But he stressed loan relief without student loan reform is an incomplete and imperfect solution.

Since 1980, the total cost of both four-year public and four-year private college has nearly tripled, even after accounting for inflation, according to research from College Board, a nonprofit focused on the advocacy of students, schools and educators.

Under Biden’s plan, only loans originating before July 1, 2022 would be eligible for relief.

“Forgiving the debt of today’s students doesn’t help those that will need to borrow tomorrow,” Shock said. He called on the U.S. Department of Education to come up with reforms to help current and future students avoid similar pitfalls.

“Ultimately,” he said, “to see real and lasting change, Congress needs to increase investments in the Federal Pell Grant program to empower more low- and middle-income families to borrow less to go to college.”