Nancy Eichenlaub Ferruccio (right), was the first girl to race in the Akron derby in 1971, while Julie McCoy Callahan, with husband Kennon (left), raced for the first time Thursday, after asking publicly for a derby for girls in 1950. (Photo courtesy of Soap Box Derby)

Soap Box Derby Senior Day draws more than 300, including first girl to race in Akron in 1971

AKRON, Ohio — It was a historic day at Derby Downs in Akron Thursday, with some special racers attending the annual Soap Box Derby Senior Day event.

More than 300 seniors came to take a run down the legendary 989-foot slope, among them two women who will go down in Soap Box Derby history.

Julie Callahan raced down the hill for the first time, even though at 11 years old she had publicly requested a derby for girls. The Akron Beacon Journal published her letter in 1950, written as Julie McCoy, but girls wouldn’t be permitted to compete for another 21 years.

Now 83, Julie raced alongside her husband, Kennon Callahan, as part of the couple’s 66th wedding anniversary.

“I don’t give up easily,” she said, after competing her run. “Girls are pretty smart. They'll figure out a way to do what they want to do if they possibly can.”

The Callahans travel the world and have published a number of books. The story of Julie’s childhood derby experience is recounted in their recent title, “Julie and New Beginnings,” by Kennon Callahan.

Kennon said he enjoyed his run down the track.

“It was wonderful,” he said. “Particularly going down it with Julie.”

The couple met as students at Cuyahoga Falls High School when Kennon was a senior and Julie a sophomore.

“She was the first girl in the school to invite a boy on a date,” he said. Hearing what Julie had done, he said her friends called her “a woman ahead of her time.”

“You have to learn to ask for what you want,” Julie said. 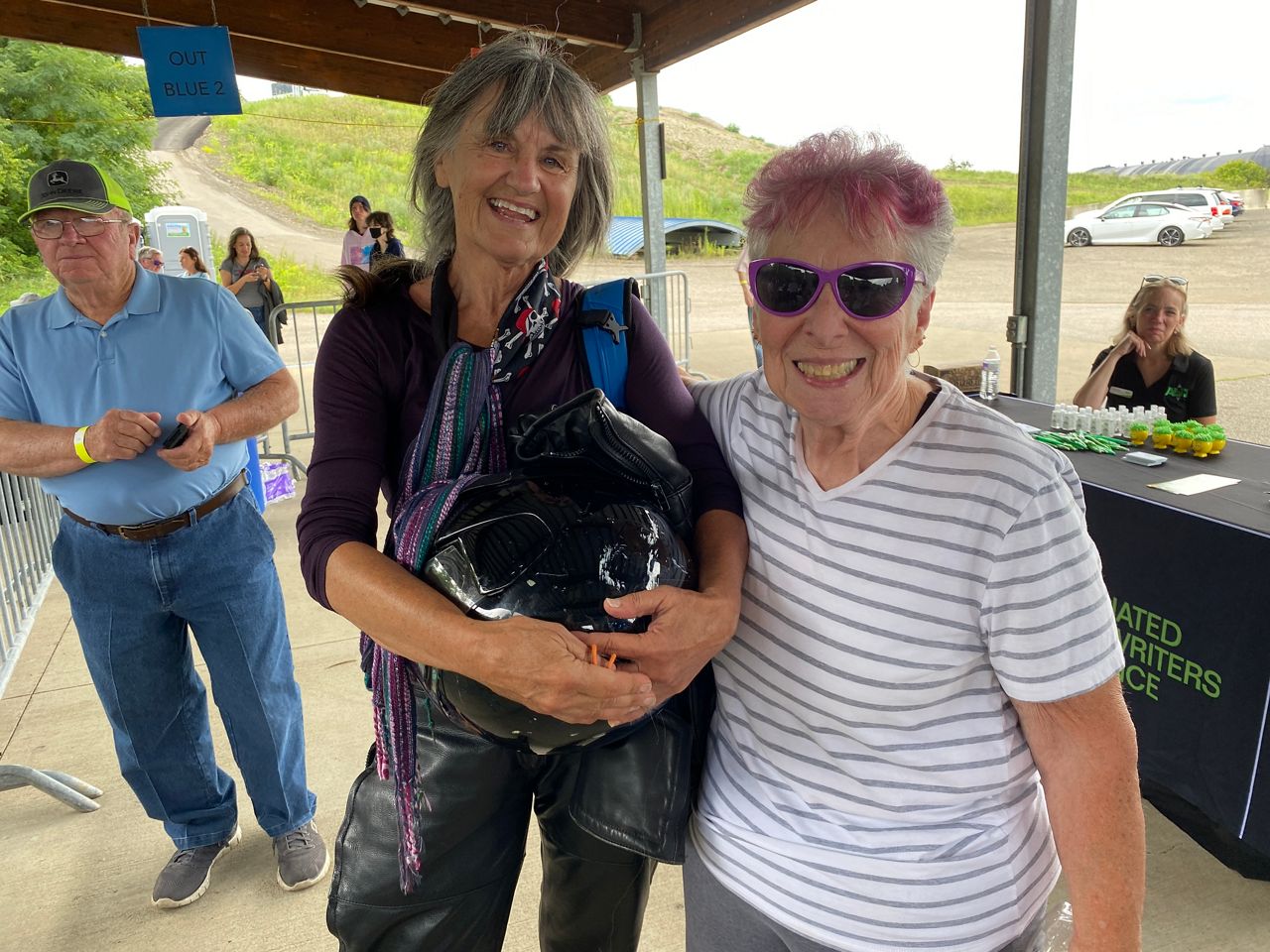 Racing in the same heat as the Callahans, was Nancy Eichenlaub, now Nancy Ferruccio, the first girl to race in the local Akron Soap Box Derby in 1971.

Among the day’s racers was Evelyn Balough, 83, at the track with Marice Forshay, who came along to support her friend, Forshay said.

The two were coming from the drumming aerobics class they met at in Tallmadge, they said. Balough said she has raced at Derby Downs five times. 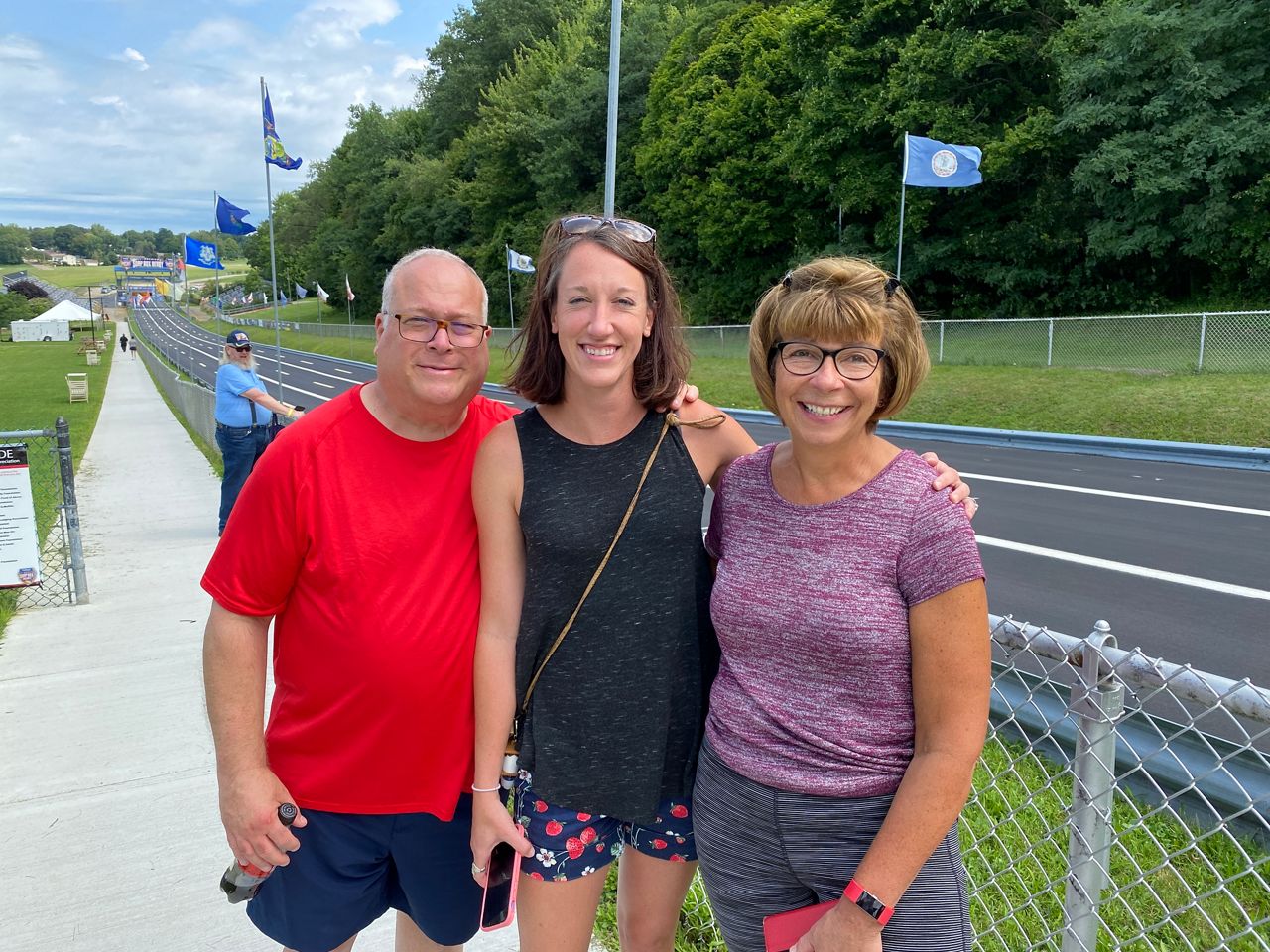 Katy and Ken Kaszar attended with Debora Devol (right) who videoed her husband, Bob Devol, race, and will consider taking to the track next year. (Jennifer Conn/Spectrum News)

Deborah Devol didn’t race, but was waiting track-side to video her husband, Bob, running his heat. She had encouraged him to race in years past because, before retiring, she had worked for a Derby sponsor, Akron General Cleveland Clinic, she said.

“Last year he did it for the first time and he loved it,” she said.

She did not sign up to race, because she said she was a little intimidated by the height of the hill. But when she got to Derby Downs and saw the slope, she realized she could have made the run. She said she will consider racing in 2023. 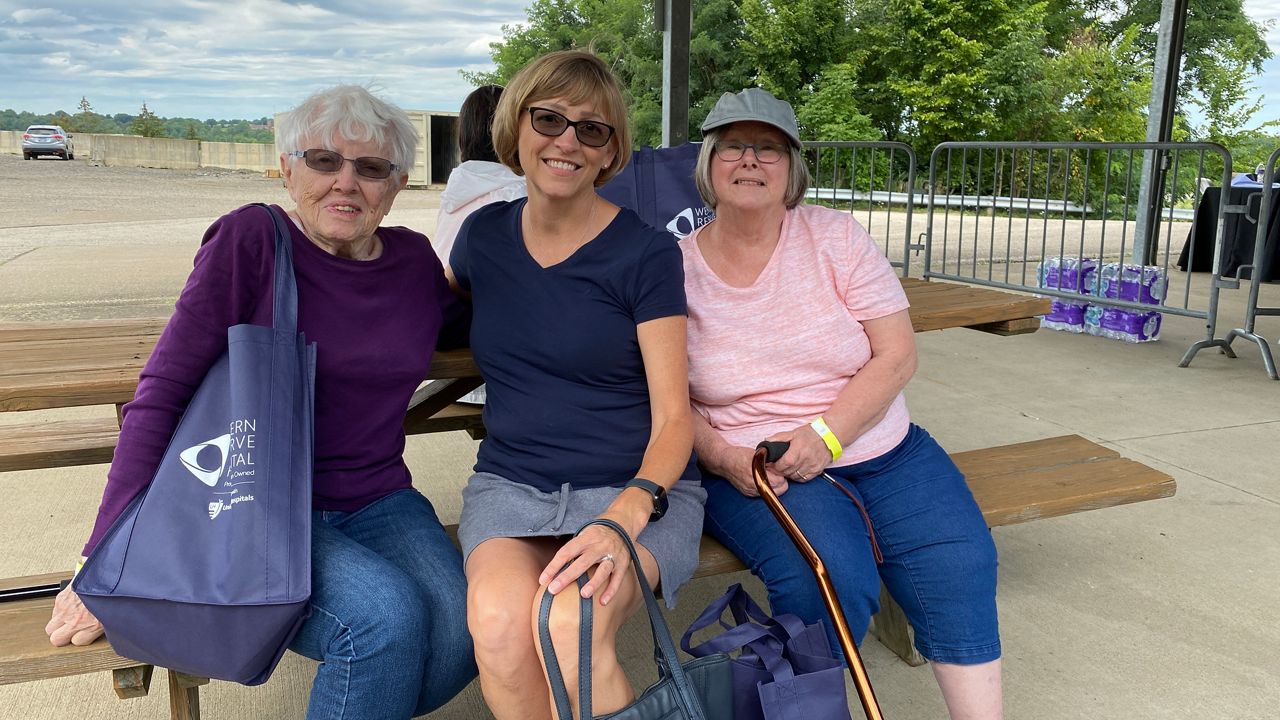 Cyndi Kane was in attendance with Alice Klagge, a Richfield resident, and Klagge’s friend, Theresa Stanley. Klagge, 92, was waiting to race.

“I just thought it would be fun to do,” she said.

Stanley said she has lived in Akron for 74 years and it was her first visit to Derby Downs.

“I’m here to cheer everybody on,” she said. 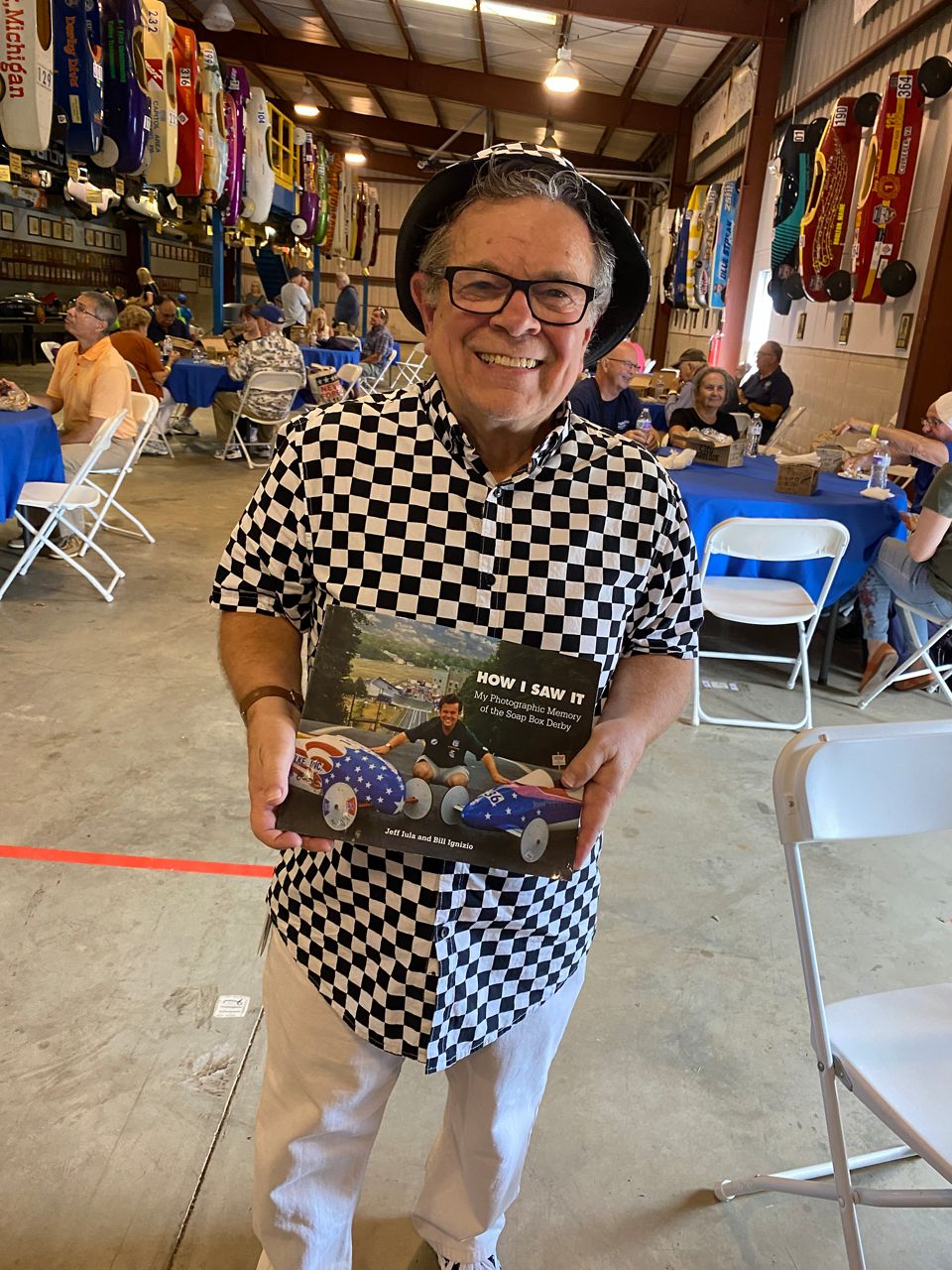