The University of Cincinnati football team will host six home games during the 2022 season. (AP)

University of Cincinnati Bearcats football sells out of season tickets

CINCINNATI — The University of Cincinnati football program has become accustomed to breaking records in recent years. Now, they have a new item to add to the growing list: season-ticket sales.


UC’s athletics department announced Monday that they’ve sold out of season tickets for the home portion of the upcoming 2022 football season. It’s the first time that’s happened in the program's history, which dates back to 1885.

The 23,500 season tickets sold surpasses the previous school record of just over 22,000. The program set the mark last season. 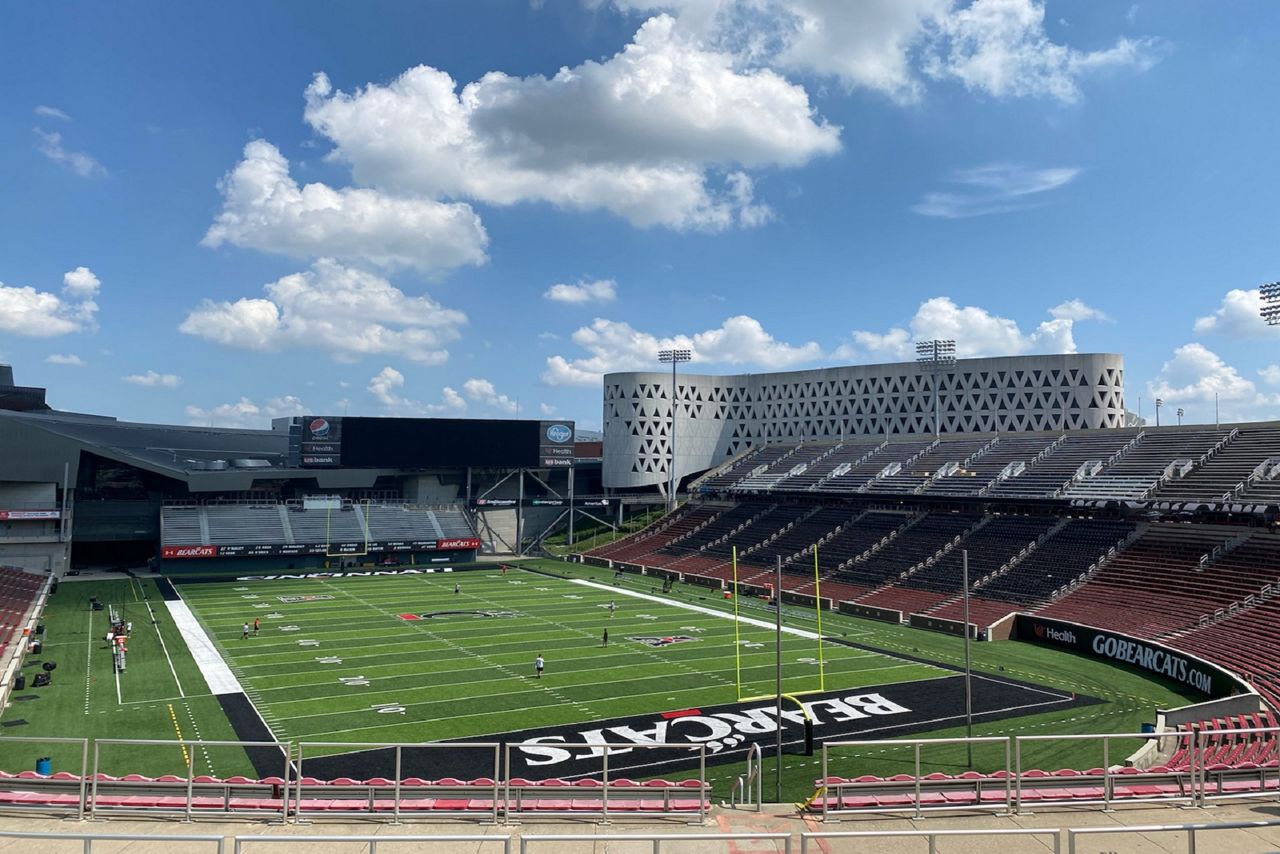 Fans can still purchase single-game tickets for all six Bearcats home games at Nippert Stadium. The historic on-campus facility has a capacity of about 38,000.

The home opener is Saturday, Sept. 10 against Kennesaw State.

“We are thrilled that our fans continue to prove that Nippert Stadium is the toughest place to play in college football,” Deputy Athletic Dir. Anthony Di Fino said in a statement. “Their dedication to the Bearcats and their ability to sell-out our stadium shows that this is a special place.”

UC also sold out of student tickets except for 1,000 sets held aside for incoming first-year/transfer students. Those students will have a limited time to request tickets starting July 26.

A few tickets will be available for students on a game-by-game basis during the week of each game.

The Bearcats will play Miami University at Paul Brown Stadium on Sept. 17. Despite the game taking place in downtown Cincinnati, Miami is the home team. UC season-ticket holders will need to purchase additional tickets to attend that contest.

Di Fino, who joined the UC staff in Jan. 2021, described the sales record as a “great story” to tell when “most venues and programs across the country are trending backwards in their pursuit for sellouts.”

The ticket record follows the Bearcats’ most successful season in school history. The team went 13-0 in the regular season, won the American Athletic Conference title and earned an appearance in the College Football Playoff, becoming the first Group of Five school to do so.

On offense, UC will need to replace the production of standouts such as playmaking wide receiver Alec Pierce and running back Jerome Ford, always a threat for a breakaway run or a hard-fought first down. The biggest loss is Desmond Ridder, the team’s captain and the most prolific signal-caller in school history.

The Bearcats have a fair amount of talent returning, however. Former Mr. Ohio Evan Prater and Ben Bryant will battle to replace Ridder as starting QB. Bryant spent three seasons up Ridder before transferring to and started for Eastern Michigan last year. He's back at Cincinnati as a grad student.

UC finished with the 42nd-best recruiting class for the upcoming season, according to Rivals.com, a recruiting service. It’s the highest ranking among any Group of Five school.

Coach Luke Fickell, who signed a contract extension worth $5 million a year through 2028, said in March that things will be different this season but the expectations remain the same.

“The expectation doesn’t change. The train continues to move forward. It’s not slowing down, it’s not stopping," he said. "The run is not over.”

Cincinnati and its fans are riding the high of finding out the school’s long-awaited move to the Big 12 will take place July 1, 2023. The Big 12 is a Power Five conference, which should help UC in recruiting in the future.

The University of Cincinnati is in the middle of its “Day One Ready” campaign, a $100 million fundraising effort that aims to get the school and its athletic programs ready to compete in the Big 12 as soon as they become official members. Money will go toward facility upgrades, student-athlete wellness efforts and what UC refers to as overall “championship readiness.”

UC is already advising fans who couldn’t get season tickets for this upcoming season to join the waiting list for tickets for the 2023 season.

“We welcome fans who will not be able to purchase season tickets this year to request to be on the waiting list,” Di Fino said. “Most importantly, donate to our Day One Ready Campaign to ensure they will be part of the process should seats become available.”