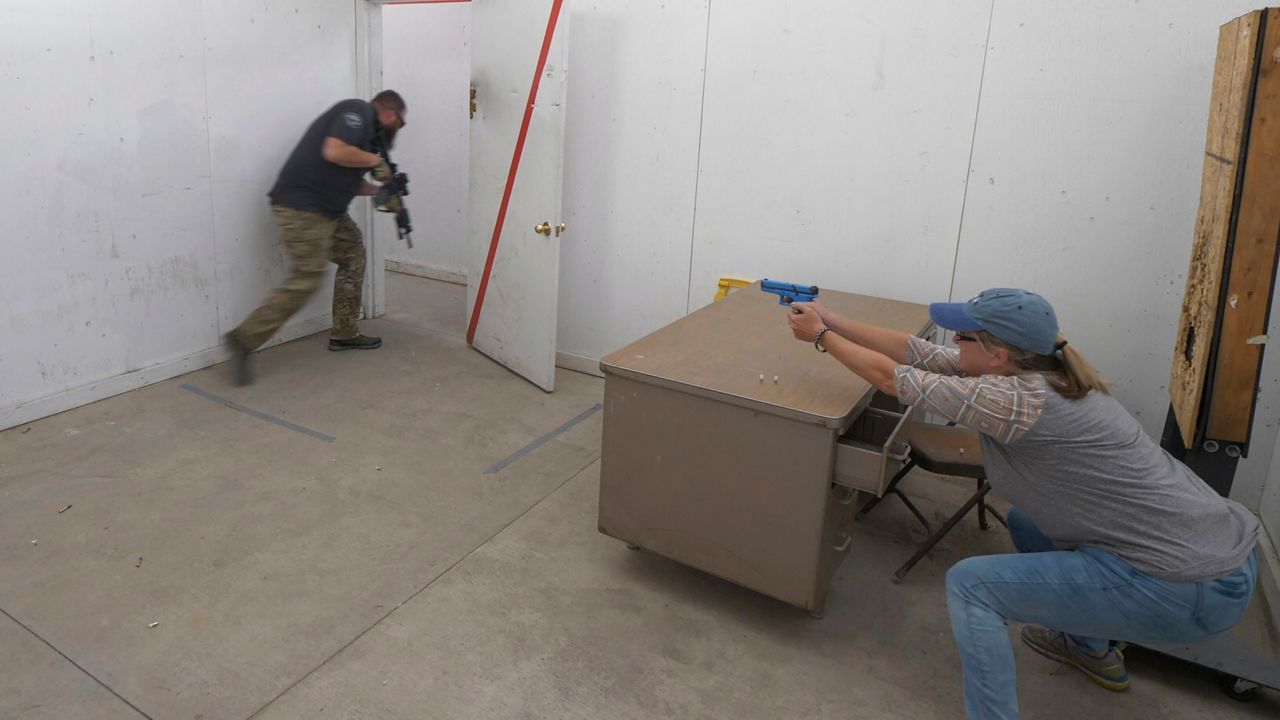 A fifth-grade teacher engages in an exercise designed to help teachers make good decisions in critical, high-stress situations such as an active shooter incident on June 29, 2019 in Spanish Fork Canyon, Utah. (Rick Bowmer/AP)

COLUMBUS, Ohio — Advocates on both sides of House Bill 99 reacted after the legislation passed on the last day of the Ohio House’s session Wednesday.


After the mass shooting at Robb Elementary School last week, House Bill 99 resurfaced in the Ohio Legislature, with its goal being to allow school personnel to be armed in classrooms after a minimum of 24 hours of training.

“This makes our educators, the ones I talked to today, feel less safe,” said Wensing. “And it actually makes them consider the future of themselves in this industry.”

While some argued adding more guns into classrooms isn’t the answer, others said it’s about protection for those districts with less safety resources.

“There are lots of things schools can do to prevent this ahead of time and many, many of these are stopped ahead of time,” said Joe Eaton, program coordinator of the nonprofit FASTER Saves Lives. “The schools still have to say, ‘What can I do Monday morning if everything falls apart, someone shoots out our front door and starts murdering our students?’”

FASTER Saves Lives trains school personnel who want to carry firearms in classrooms. In its 10 years, it has trained 3,000 staff members across 300 districts in 18 states.

“Schools have been very interested in how we can get the legislature to fix this and enhance their security,” said Eaton.

“We need to properly fund our public schools,” Wensing said.

DeWine is expected to sign HB 99 into law this month, meaning it could go into effect for next school year. ​