The scene of a crash involving ODOT crews on I-71 in central Ohio. (Ohio Department of Transportation))

DELAWARE, Ohio — The Ohio Department of Transportation announced that a motorist struck a roadside crew that was sweeping along Interstate 71 near Morse Road in Franklin County.

According to ODOT, the motorist first struck a crash truck before also hitting the sweeper. Fortunately, there were no serious injuries and the ODOT crew made it home safely.

ODOT said the crash is another reminder of the risk roadside workers face each day, with speed and distracted driving being two of the biggest issues seen in work zones, both day and night.

"Many times, our workers are outside of their vehicles and the only thing between them and drivers is a solid yellow line," said District 6 Deputy Director Toni Turowski. "Flashing lights on the side of the road should always be an indication to move over and slow down. The men and women working on our roadways deserve to make it home safely to their family each day and we desperately need drivers to do their part."

ODOT reported that its workers, vehicles and equipment were hit 154 times in 2021, resulting in five injuries. In 2022, ODOT crews have been hit 72 times, including the overnight crash on I-71. 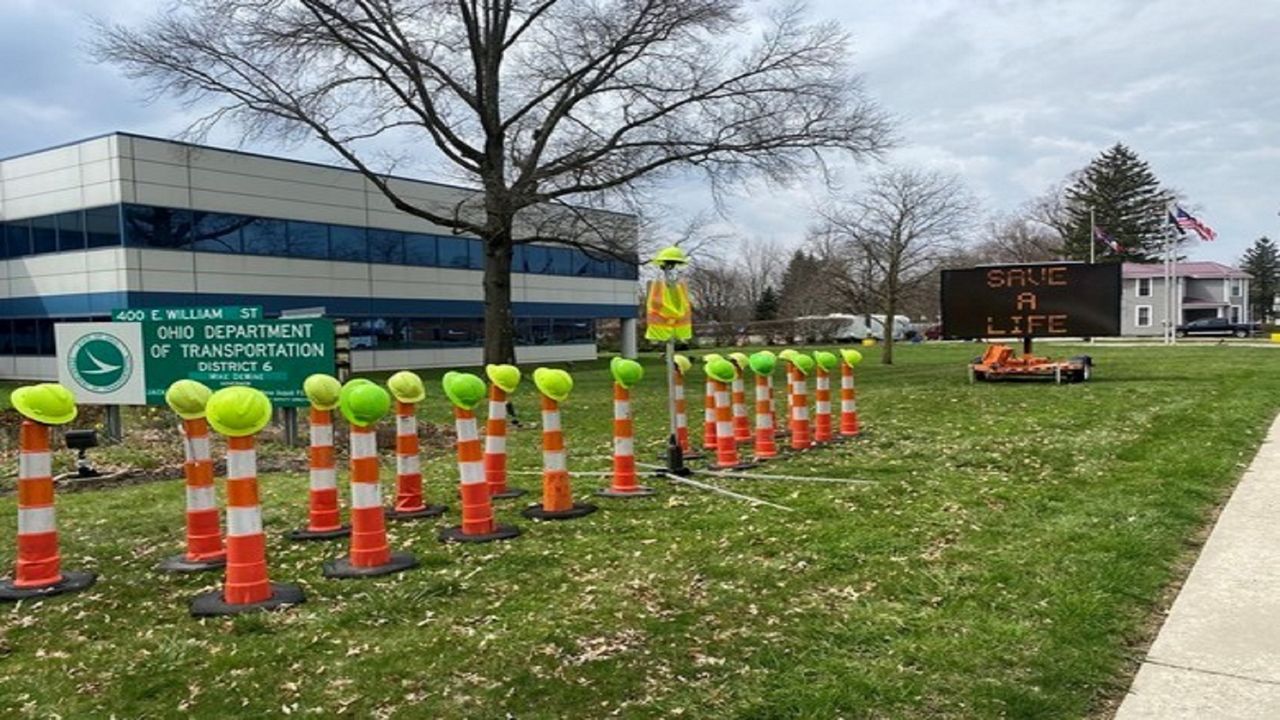 The display represents each of the ODOT workers injured or killed in 2021. (Photo courtesy of ODOT)

During National Work Zone Awareness Week, a display of 20 cones and one high-visibility vest representing each of the workers injured or killed in 2021 may be seen on the front lawn of the ODOT District 6 Headquarters, located at 400 E. William St. Delaware, Ohio, 43015.

The cones are accompanied by a message board reading "Slow Down 4 Workers, Save A Life."

Ohio law requires motorists to move over a lane for any roadside worker or vehicle with flashing lights, or slow down if unable to move over.