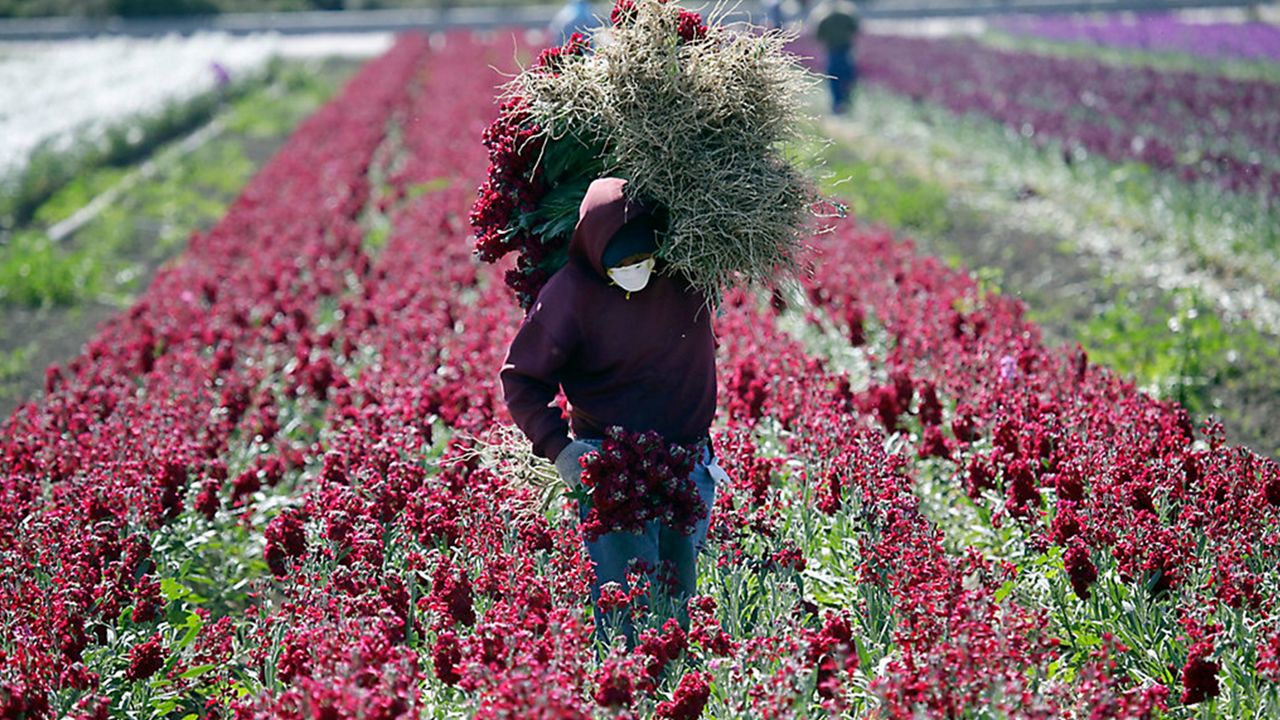 "We are all touched by the work of farmworkers every day. We all eat. So as consumers, as people who are benefiting from the labor of farmworkers, I think we should care about how they're being treated," Mónica Ramírez said.

Ramírez is the founder and president of Justice for Migrant Women.

A post shared by Justice for Migrant Women (@mujerxsrising)

"Unfortunately, in our country, for over 80 years, farmworkers have been denied the most basic labor rights," she said. "And what we've seen during this pandemic, because of the failure to protect them as workers, many of these workers have gotten sick. Thousands of them have died during the pandemic. And I think that people in our country need to know about that and to care about that and need to take action on behalf of farmworkers."

Throughout the week, Justice for Migrant Women is hosting several events to raise awareness for the issues farmworkers face.

"This year we are so fortunate because we are supporting the social impact campaign for a movie called Fruits of Labor, which details the life of a young girl, a high school student who was working in the fields," she said. "She actually had several jobs at the same time. She was working in the fields in a packing shed. And then also as a domestic worker while trying to graduate from high school.

"And we're using that film as a vehicle to talk about some of the issues that exist for farmworkers. Many people don't know that in our country, kids as young as 12 years old can work without restriction in agriculture. And actually, today in Congress, a bill is being introduced called the Care Act to raise awareness about this."

Through her work, Ramírez also created The Bandana Project.

"It is a campaign that is aimed at raising awareness about sexual violence against farmworker women. It's a pervasive problem," she said.

Thousands of bandanas have been decorated and distributed across the country as a physical reminder of their support.