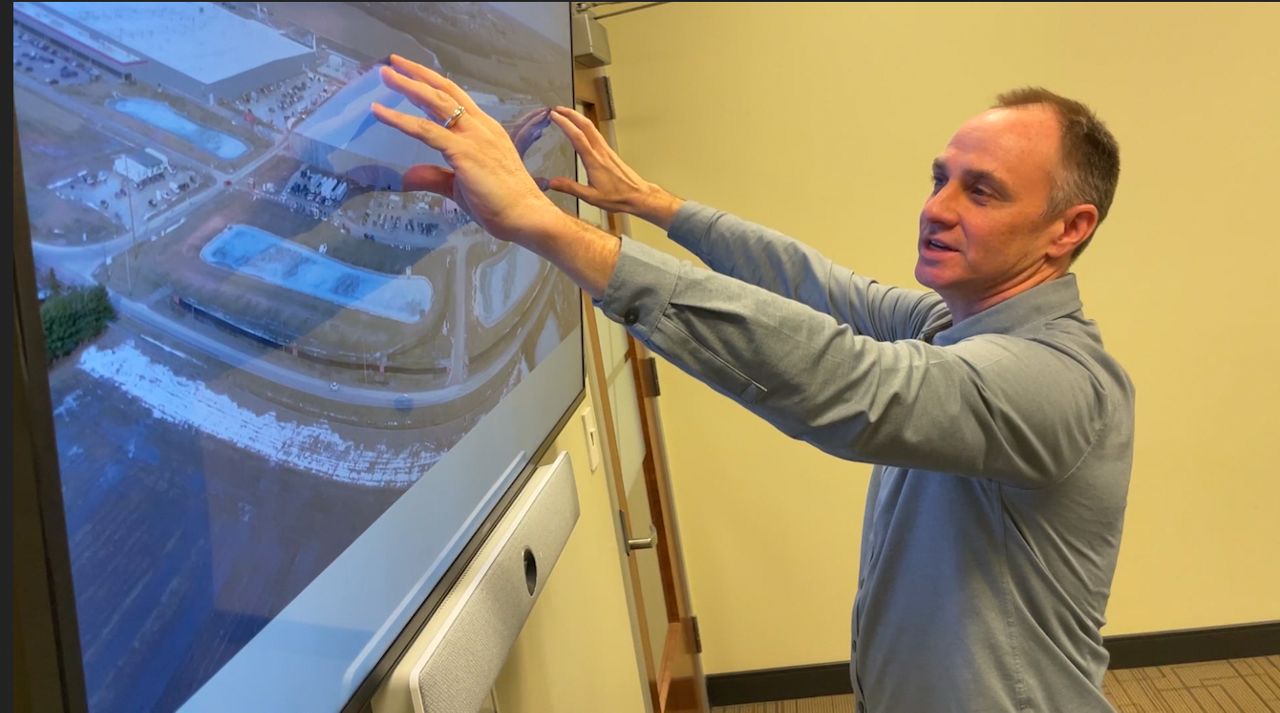 PERRYSBURG, Ohio — According to First Solar, its solar plant manufacturing site in Wood County is the largest in the western hemisphere, and, after the completion of a planned expansion, it will be the largest in the world outside of mainland China.

First Solar’s site in Perrysburg is about to grow by nearly 2 million square feet.

Mike Koralewski, First Solar’s chief manufacturing and operations officer, said the project will create 500 temporary jobs to build the expansion, and 700 full-time jobs to operate it. It is a $680 million investment.

“We see a market growth, so we’re bringing manufacturing to help support that," Koralewski said.

U.S. Labor Secretary Marty Walsh was there as they broke ground on the project in August 2021.

“If you look at the speed at which we can install solar panels in utility-scale projects versus getting permitting for nuclear or coal-fired plants we can go relatively quickly," Koralewski said.

Plant manager Jason Mesteller said the new facility will look like an existing expansion, as the project underwya is not the first expansion the company has made at its current location.

Wade Gottschalk, executive director of the Wood County Economic Development Commission, said this photo outside his office shows how long they’ve been at the existing location, and how much the company has invested in the county.

“They’re everywhere," Gottschalk said as he showed the changes made to the site. "They’re here. They’re over here. They’re behind here. You can really see where they’ve come."

Koralewski said that it is an ideal location to increase their production, since they're near Toledo, the glass capital of the world.

"Our module is a glass on glass substrate, so we use a lot of glass," Koralewski said.

First Solar is already hiring for the new plant, and said it should start producing its product approximately in the summer of 2023.