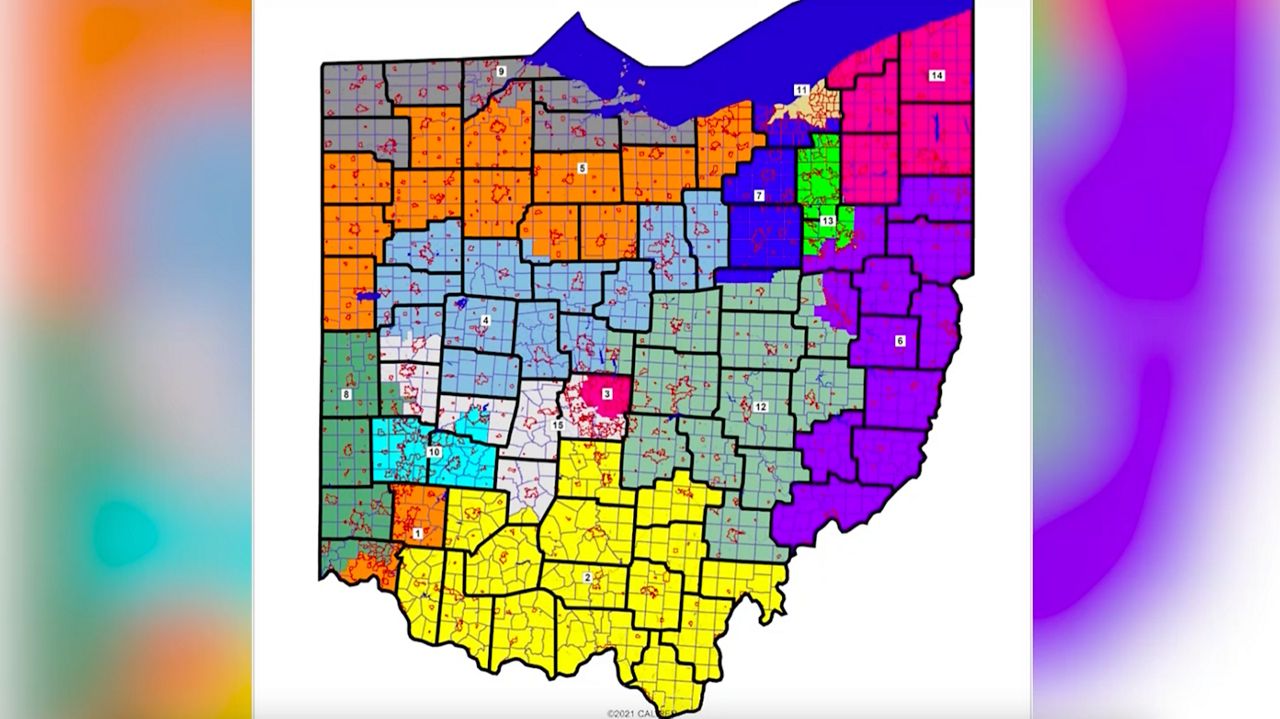 COLUMBUS, Ohio — The Ohio Redistricting Commission may be on the verge of adopting a new congressional map, as Republicans on the commission unveiled their proposal during a commission hearing Tuesday.

"This is a proposal I'm bringing forward. I think it addresses what the court wanted to do and I stand ready to hear those at this moment, later tonight, tomorrow morning, whenever the commission would meet," said Ohio Senate President Matt Huffman, R-Lima.

Democrats said they saw the Republican plan just hours before Tuesday's hearing and called for several changes to be made to the map. They feel the map could be more compact around Hamilton, Franklin, Cuyahoga and Lucas counties.

"It appears that decisions were made and intentionally not made, again, to favor Republicans and unduly [dis]favor Democrats," said Ohio House Minority Leader Allison Russo, D-Upper Arlington.

Commissioners are expected to vote Wednesday morning when the commission reconvenes.​ Without changes, it is unlikely to receive bipartisan support.

Should a map get adopted, Secretary of State Frank LaRose, R-Ohio, said it would go into effect immediately for the May 3 primary.

LaRose also said he recognizes the challenge for county boards of elections.​

"This is not going to be the best election Ohio has ever run, because we're asking [county boards of elections] to do three months’ worth of work and we're only giving them a month to do that," said LaRose.

LaRose said he thinks, despite the difficulties, the election will still be honest and accurate, but some aspects might not be able to happen on Election Night, including reporting how general assembly races shake out.