The Lock 3 Vision Plan is a project to make Akron’s central park a more engaging space. (Courtesy of OLIN)

AKRON, Ohio — Lock 3 Park is poised for a more than $10 million makeover, officials announced on Tuesday. Known as the Lock 3 Vision Plan, a project to improve Lock 3 was just getting underway when the pandemic hit, slowing forward momentum.

On Tuesday at the Richard Howe House, headquarters of the Ohio & Erie Canalway Coalition, which is leading the project, Mayor Dan Horrigan said the city will award $3.5 million from American Rescue Act Funding toward improving the park. The city had already dedicated $1.5 million to the project, so Tuesday’s award brings the city’s investment to $5 million.

In addition, the Knight Foundation’s Akron Program Officer Kyle Kutuchief announced Knight will award the project a $3.5 million grant in addition to $2 million the foundation had already committed, bringing Knight’s contribution to $5.5 million.

The total cost of the Lock 3 Vision Plan is estimated to be $10 million.

"All residents, regardless of their income, race, education or experience, deserve outstanding parks and open spaces for recreation and relaxation," Horrigan said. 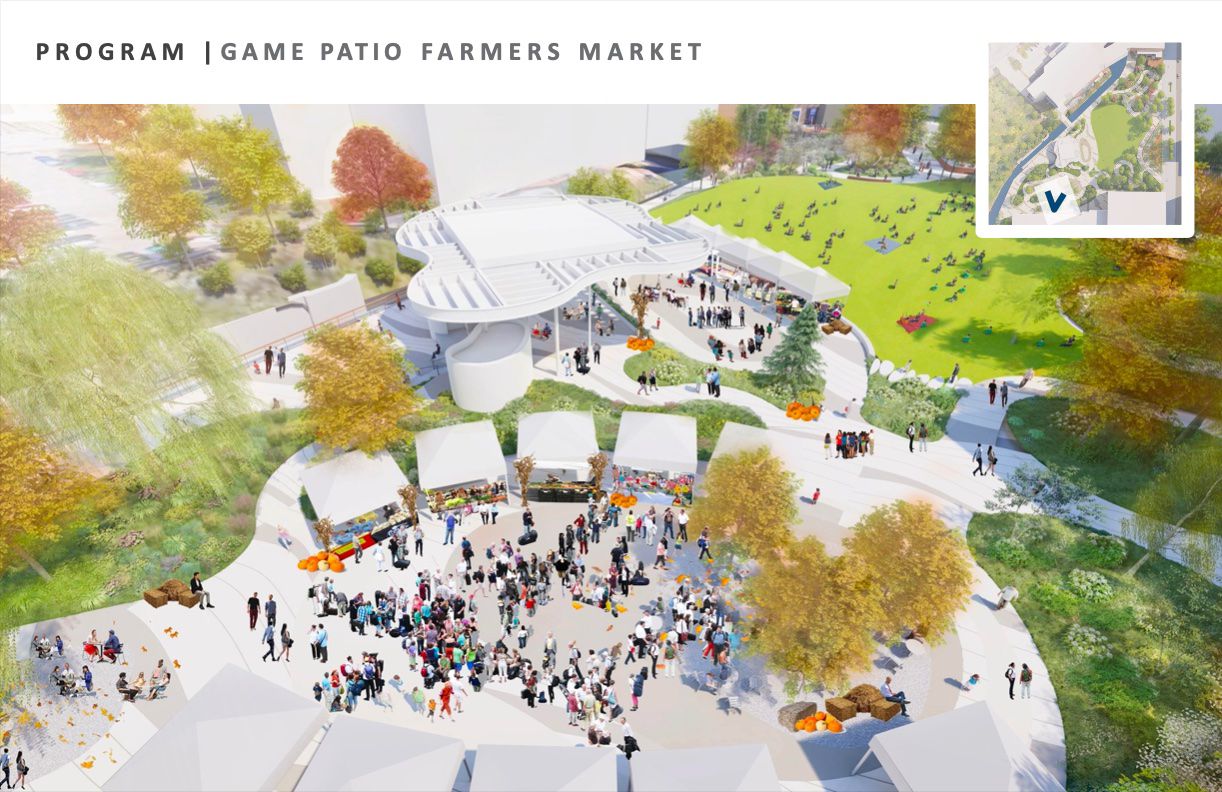 Akron officials said on Tuesday $10 million has been raised for the project. (Courtesy of OLIN)

Locks 2 and 4, adjacent to Lock 3, have already undergone significant transformation since 2017 as part of Reimaging the Civic Commons, a national initiative funded by the JPB Foundation, John S. and James L. Knight Foundation, the Kresge Foundation and the Rockefeller Foundation.

The Ohio & Erie Canalway Coalition has led the Akron Civic Commons work, revitalizing and connecting public spaces along three miles of the Ohio & Erie Towpath Trail, including the locks.

“We at Knight believe the transformation of Lock 3 Park will strengthen it as a special event venue and an everyday park to connect people of all backgrounds, cultivate trust and create a more resilient and engaged Akron,” Kutuchief said.

Lock 3 is currently little more than a large field set back off South Main Street downtown, next to the Akron Civic Theatre. With a temporary stage for warmer weather and a temporary ice-skating ring for cold months, the park serves as the city’s central park, hosting concerts and events year-round.

But for the Ohio & Erie Canal running along the park’s edge, the space doesn’t offer a traditional park setting, with little in the way of shade or seating.

At the event, Ohio & Erie Canalway Coalition CEO Dan Rice explained the Lock 3 designs by Philadelphia-based OLIN, pointing out how the permanent stage in the renderings could be used in three ways, serving different-size crowds. 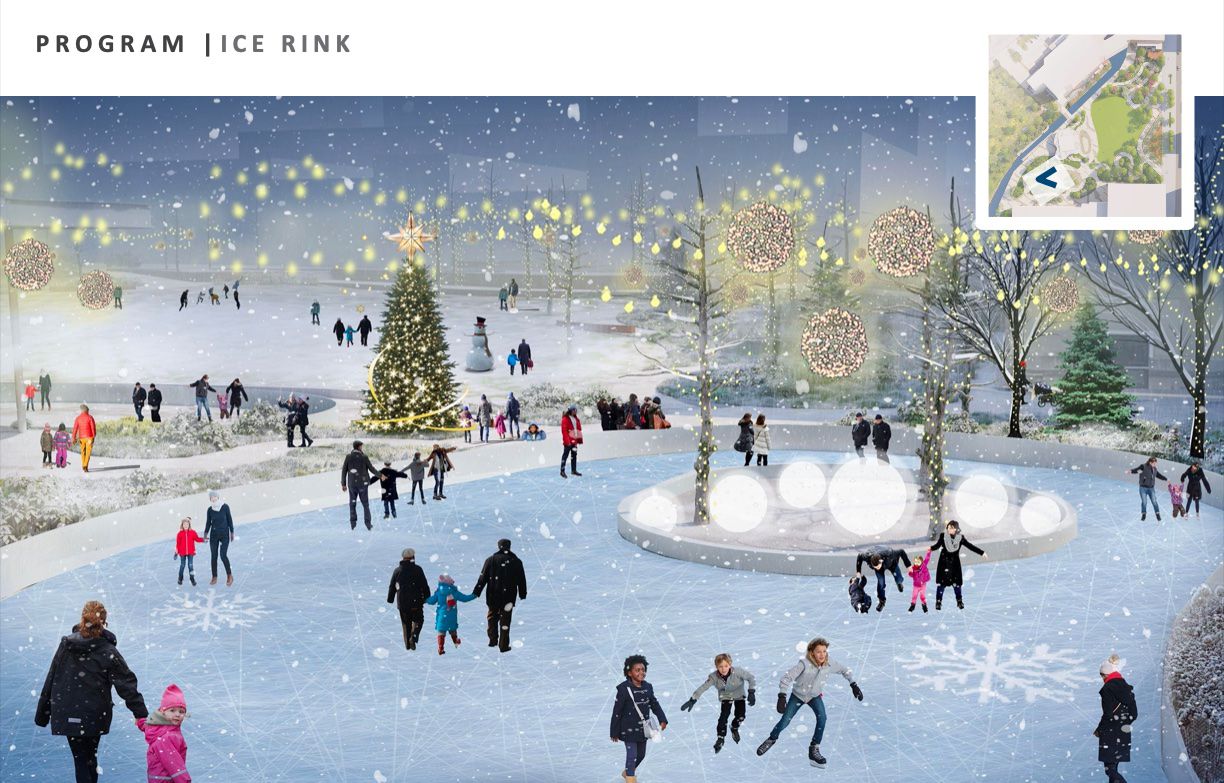 The designs include two skating rinks -- one for skaters and the other for ice bumper cars. (Courtesy of OLIN)

The addition of multiple types of trees and plants will provide shade, while different seating throughout the park will accommodate people with different levels of mobility.

The new designs also include two ice skating rinks, offering one for skaters and the other for the popular ice bumper cars the city has offered the past few years.

“We are building on the history of Lock 3 Park as a successful event space to develop a ‘365-day’ park that is a destination for both residents and visitors alike,” Rice said. “Most importantly, today, we are honoring our commitment to the city of Akron residents to co-create, co-design and co-steward outstanding parks, trails and open spaces, which center neighborhood residents at the core of our work.”

The work at Lock 3 is expected to begin at the end of this year’s concert season and continue through the winter of 2022-23.

Fundraising will be ongoing for the Akron Civic Commons 2.0 project, which is to construct Phase II of the Lock 2 and Lock 4 projects, and to create an endowment for operations and maintenance of the projects.