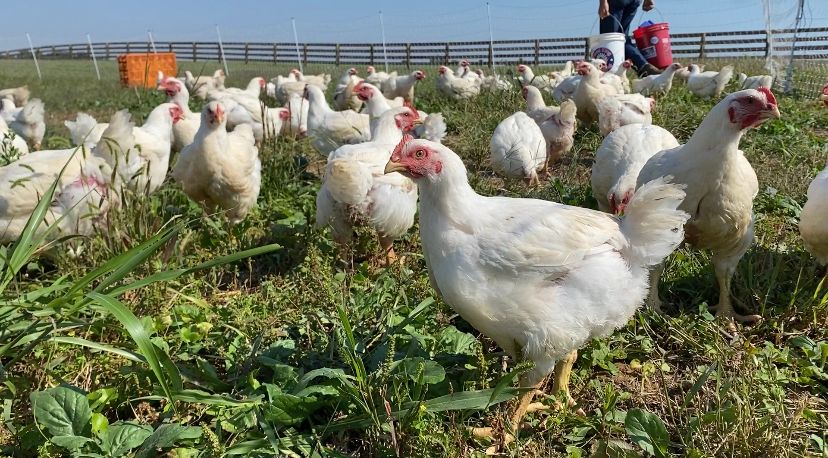 According to the USDA, "Highly Pathogenic Avian Influenza (HPAI) is a serious disease and requires rapid response because it is highly contagious and often fatal to chickens."

"It travels from bird to bird and it causes quite a bit of respiratory distress in these animals," agriculture expert Andy Vance said. "Proper handling and cooking of any meat or egg products would render any infected material anyway, so you're not going to get sick from eating chicken eggs. That's the most important thing to remember. This is not a food safety concern."

Cases of the virus were confirmed in both wild birds as well as commercial and backyard flocks.

The virus was detected in Maine, New York, Kentucky, Virginia, Indiana and South Carolina as of Wednesday.

"[The] U.S. Department of Agriculture's surveillance system is such that as soon as we see symptoms in a flock [the] USDA gets involved," Vance said.

By practicing good biosecurity, you can reduce the risk of people, animals, equipment, or vehicles carrying infectious diseases onto your property. You can listen to a commercial turkey producer describe the steps he takes to keep his birds safe here: https://t.co/xV0PdAwKfJ pic.twitter.com/mIASJhjJv0

“You know, really what you're watching for here as is any disruption to the food supply chain. Now, thus far, these outbreaks have been relatively limited, and you expect to see some outbreaks from year to year like this, so it's really only if it gets to be very large scale that you would expect to see any pricing impacts at the grocery store at this point. It's just something to watch and be mindful of,” Vance said.