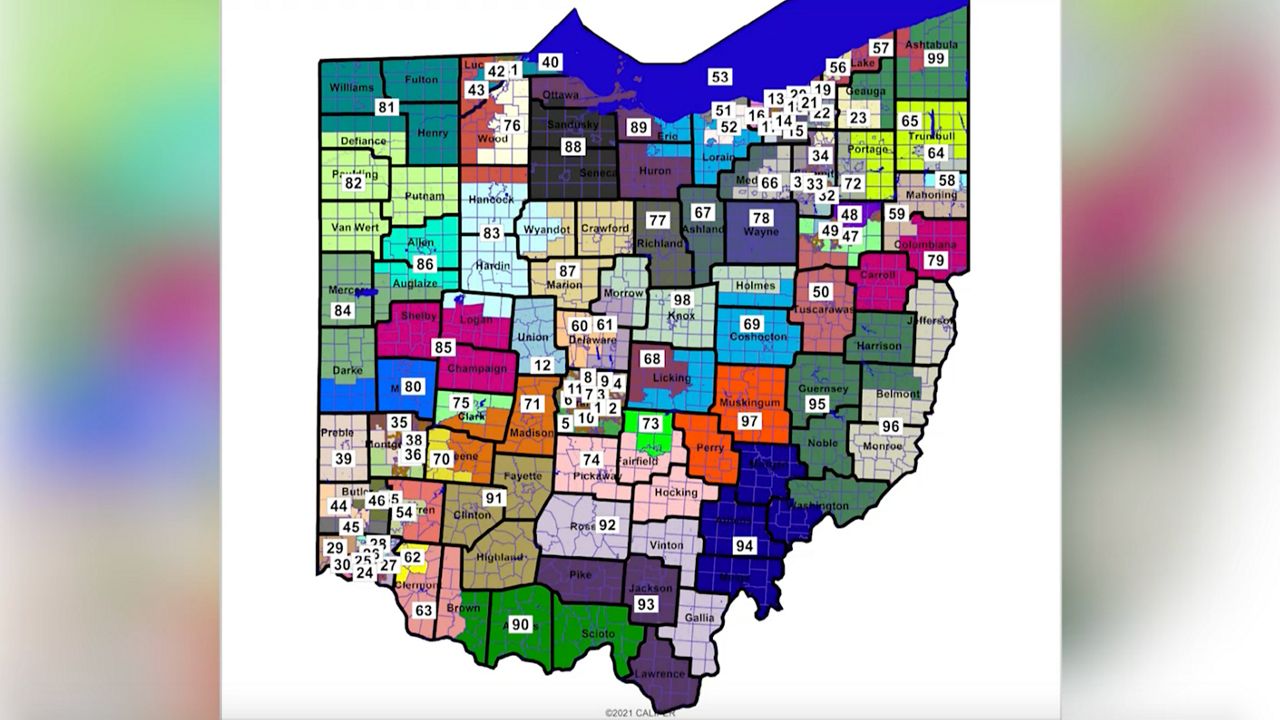 COLUMBUS, Ohio — The Republicans on the Ohio Redistricting Commission, who voted Saturday to adopt new legislative maps for a second time, said the new maps create more opportunities for Democrats to win seats at the Statehouse.

But that does not necessarily mean any Republicans currently serving at the Statehouse need to start worrying about their future.

"I think they don't really. In fact, the Republican mapmakers were very clever in what they did," said Paul Beck, Professor Emeritus in Ohio State University's political science department.

The maps give the GOP an advantage in 58% of the districts, which is less than a 60% veto-proof supermajority.​ However, most of the new Democratic districts only favor the left by 1-3% points.

On the other hand, among the 77 districts that favor Republicans, 75 of them are by a margin of at least 5%.

“When you get into the question of how partisan do you have to be? How safe do districts have to be in order to comply? I don’t think any of that is in the Constitution,” Ohio House Speaker Robert Cupp, R-Lima, said Saturday.

Then there is the question of which Republican lawmakers could be at risk of losing their seats as a result of the new maps.

For example, in the Ohio Senate, Niraj Antani, R-Miamisburg; Nathan Manning, R-North Ridgeville; and Kristina Roegner, R-Hudson, all have districts that now lean Democratic but only by fractions above 50%.​

Beck said based on what the maps look like, it is clear Republican mapmakers avoided undercutting their own incumbents.​

The Ohio Supreme Court will decide if the maps are constitutional. Beck does not think they are nor does he think any of the newly-drawn Democratic leaning districts will favor Democrats.

"Given the campaign finance advantages that Republican candidates enjoy these days, those are seats that are likely to be won by Republicans," said Beck.