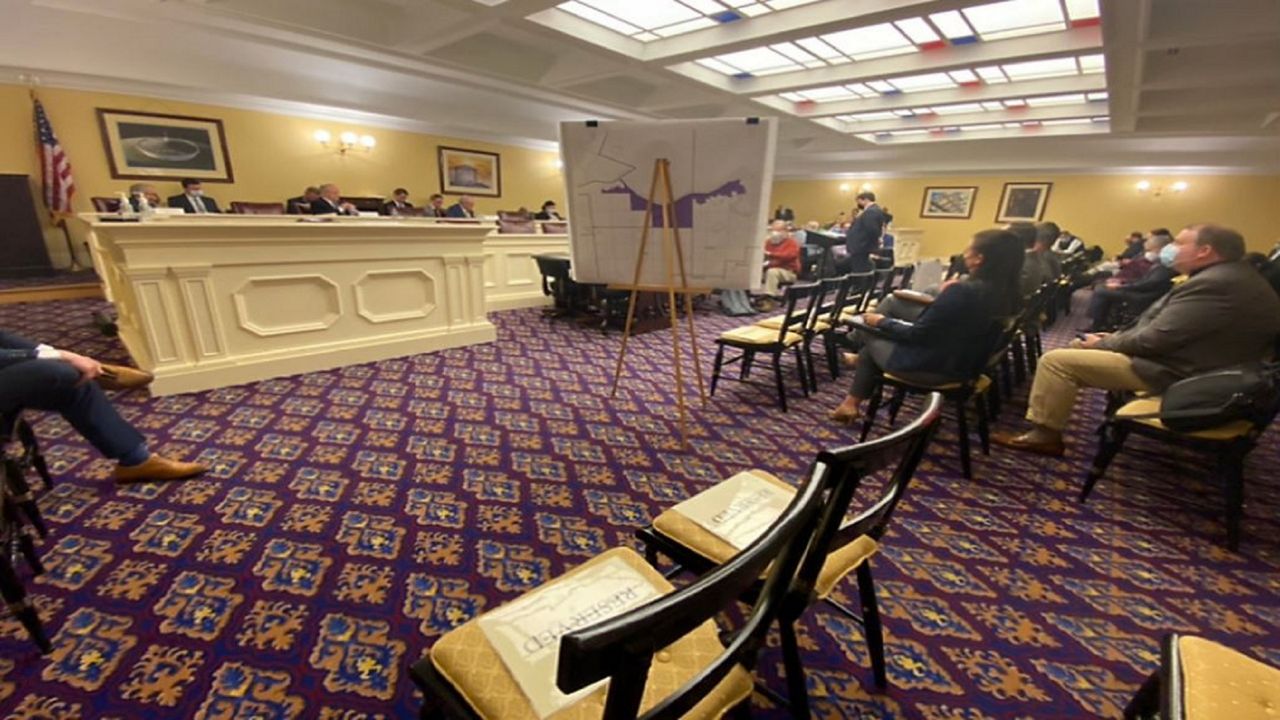 In a 5-2 majority vote, the Ohio Redistricting Commission adopted the Republican-drawn House and Senate state legislative district maps on the final day of its deadline.

After three delays, the commission reconvened from recess Saturday afternoon where Republican and Democratic mapmakers exchanged proposals and took questions.

The commission took another recess before reconvening for the vote. Ohio House Speaker and commission co-chair Bob Cupp (R-Lima) is sticking with his party's maps.

“It’s a complicated and difficult process, but we met the requirement of the constitution,” said Cupp.

With a differing opinion, commission co-chair Sen. Vernon Sykes (D-Akron) said he believes the two parties could have compromised more.

“An offer was made by the minority members to continue to work to come to better agreement,” said Sykes. “We think more progress could have been made.”

On the Senate side, 13 districts lean Democratic and 20 lean Republican.

That is essentially 97% to the goal,” said Cupp.

The goal, as dictated by the Ohio Supreme Court, was for maps to closer follow voter proportionality, which, in recent elections has been 54% Republican and 46% Democratic.

The adopted map will now go to the Ohio Supreme Court for approval.​