Following an investigation that found potential felonies for tampering with government records and forgery, the Ohio Board of Pharmacy suspended the license of Ryan Ford, 34, a pharmacist in Washington Court House, the county seat of Fayette County.

The board received a complaint from a health care professional on Aug. 3, who said one of his patients told him that Ford was allegedly selling forged vaccine cards for $60, without administering the vaccine.

An undercover agent of the board went to the Kroger in Washington Court House on Oct. 27, where Ford was employed.

The agent told Ford that her employer was requiring the vaccine but she didn't want to get it. Ford told her that he shared her concerns about the vaccine and said he could help, taking her contact info. He explained he preferred to talk by phone rather than text.

They arranged to meet, and a few days later, Ford gave the agent a completed official vaccine card, according to a summary of allegations in the Dec. 9 suspension of his pharmacy license.

This is yet another instance among a slew of reports in the U.S. of vaccine card fraud, but unlike many other cases, Ford allegedly sought clients through his position at a pharmacy that administers vaccines.

Cameron McNamee, a spokesperson for the pharmacy board, shared the six-page public record with Spectrum News, which details the interactions between the investigator and Ford, but McNamee said the board does not wish to comment on the case.

McNamee explained that the summary suspension means Ford cannot work as a pharmacist.

“It's intended only for situations where there's immediate and serious threat or harm to the public,” McNamee said.

He has the opportunity to request a hearing in front of the full board within 30 days, otherwise the board can take action. Ford has not requested a hearing yet.

McNamee said the board sometimes refers cases for criminal prosecution, but did not comment on whether that step has been taken with the Ford case. 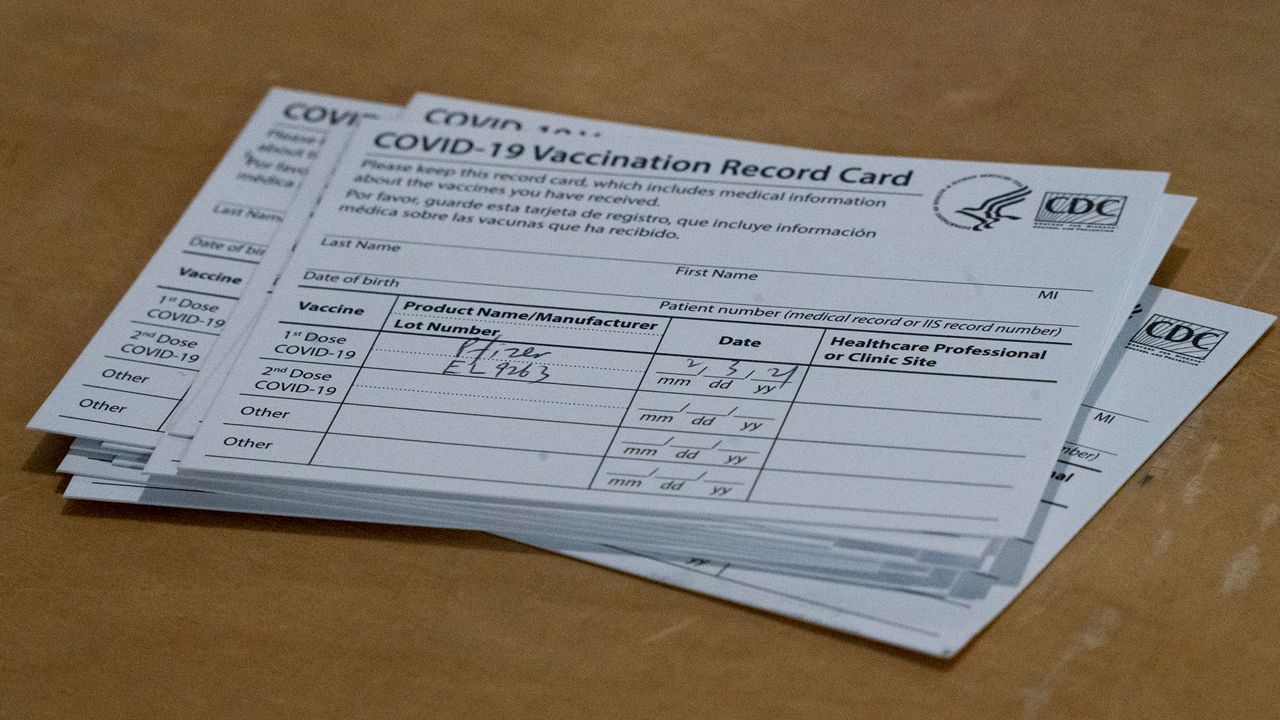 Ford allegedly offered to sell more vaccine cards for $60 to the agent’s friends during a phone call after he gave her the initial vaccine card.

Reached by phone Wednesday afternoon, Ford told Spectrum News he was unable to comment at this time.

The license suspension document states that a federal agent and an agent of the board interviewed Ford on Dec. 7, and during discussions, Ford explained that he thinks vaccine requirements are wrong.

Ford allegedly told the undercover investigator in the Kroger pharmacy that he understood her concern about vaccine side effects. He asked for her phone number, stating that he would “reach out with a solution.”

Later, Ford told her via text that he would give her a vaccine card and she would not have to get the vaccine. He explained that there would be no record in any database saying she is vaccinated, but he said most employers accept the card as full proof.

They scheduled their meet-up at a shopping center. When the agent arrived on Nov. 2, she called Ford, who was in the parking lot, according to the allegations.

Ford said he would normally charge for the forged vaccine card, but told the agent he was giving it to her for no charge.

The suspension of Ford’s license states that he dropped off her forged vaccine card in an envelope on top of a trash can at the shopping center, where the agent picked it up.

“You told her to go (to) the trash can where you could be observed throwing trash away, and take the envelope you left on top of the trash can. The (agent) watched you deposit your trash and followed your instructions, retrieving an envelope with the (agent’s) name on it from the top of the trash can,” the summary suspension document said.

Inside the envelope, investigators found an official CDC COVID-19 vaccine card. The agent’s name, purported date of birth and two Moderna lot numbers were handwritten on the card alongside fake dates and “Kroger Pharmacy.” A Kroger spokesperson did not respond to a request for comment.

Ohio Attorney General Dave Yost has called on online marketplaces to rid their platforms of fake vaccine cards that purchasers can fill out with fake information upon receipt. This investigation of Ford marks a different type of case of a pharmacist allegedly offering to sell CDC vaccine cards. Yost’s office did not provide a comment for this story.