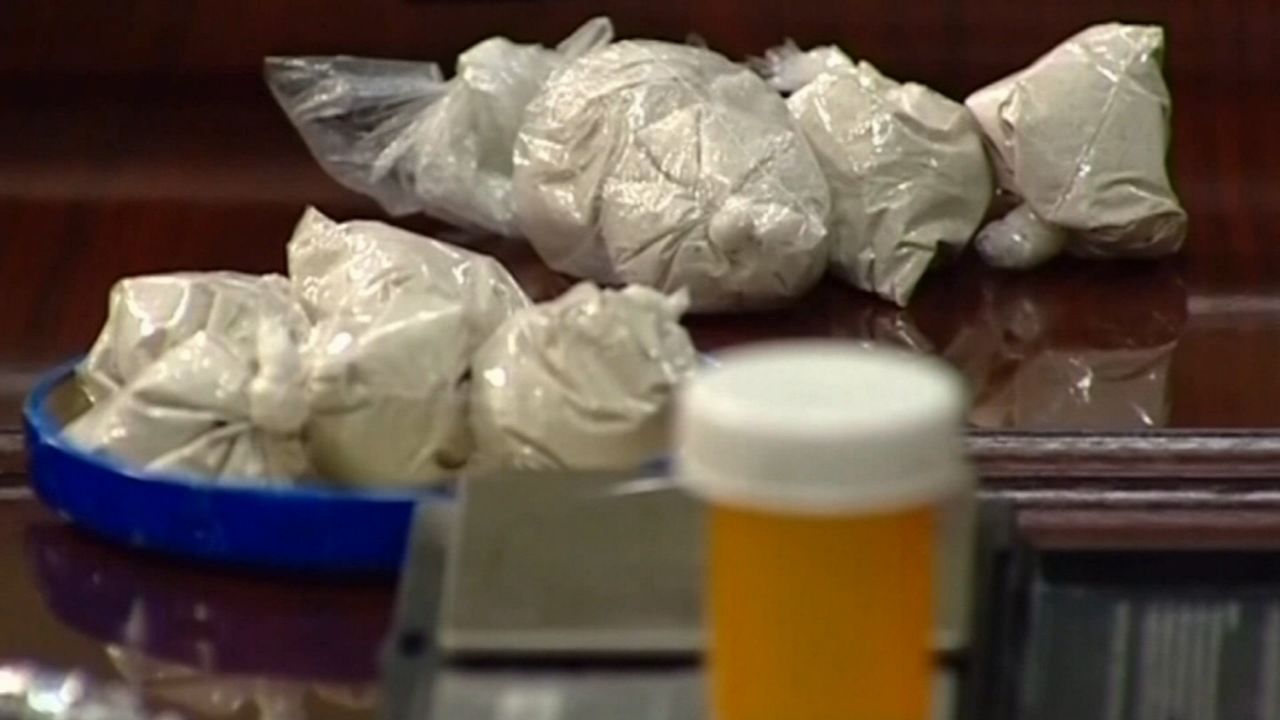 DAYTON — In 2019, Ohio’s opioid crisis response efforts received praise from the U.S. Surgeon General. Fast forward to now, and the overdose death toll is trending in the wrong direction. So how does Ohio get back on the right track?

​Matthew Hartings is grateful for every day spent with his girlfriend Amanda Poteet and newborn daughter Alyah Poteet.

“She means a new beginning,” Hartings said. “She really means the world to me. I know that sounds cliche to say, but she is probably more than my higher power the thing that saved me the most from that dark world out there.” 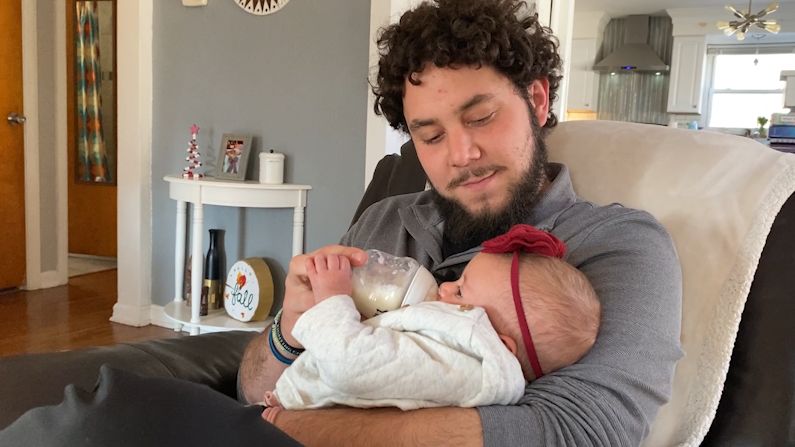 Matthew Hartings feeds his four-month old daughter at his home in Kettering.

Hartings is one of many people in Ohio battling through addiction. His troubles started after being introduced to prescription pain medications, combined with alcoholism which progressed to the use of fentanyl.

“What someone called it in the treatment facility was passive suicide, because I wasn’t actively trying to kill myself but I really didn’t care if I lived or died at that point,” Hartings said.

Hartings is considered one of the lucky ones. Since 2020, 607 people have died from overdose in Montgomery County.

The numbers across the state are even more staggering.

Since 2020, nearly 7,447 people have died from an opioid overdose in Ohio, and more than 7,008 have died from fentanyl alone, according to data from the Ohio Department of Heath.

Helen Jones-Kelley is the executive director of Alcohol, Drug Addiction and Mental Heath Services in Montgomery County, who said the pandemic is one of the root causes for the increase in overdoses.

“There’s trauma. There is just a level of malaise and hopelessness that people are living with on a daily basis, so they start medicating, self-medicating,” Jones-Kelley said. “Then they often turn to street drugs, without knowing what those street drugs are going to do to them.”

Heroin and prescription pills have been a large focus in the fight against accidental overdoses, but now law enforcement agencies are focused in on a different culprit: fentanyl.

“It really is the basis behind not only local, state and national overdose deaths,” Newtown Police Chief Tom Synan said. “Fentanyl plays a major role in that. All the other things, whether it’s COVID or whatever it may be, yes those compound it, but fentanyl ends up being the foundational problem.” 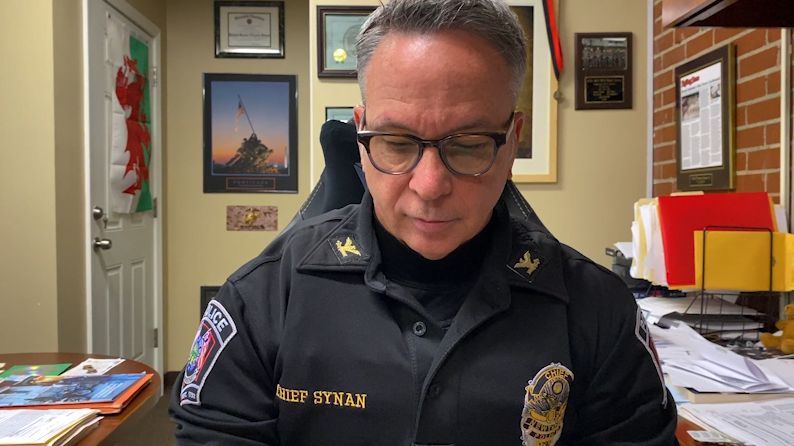 Synan leads the Hamilton County Addiction Response Coalition, a group on the forefront of finding solutions for this ongoing crisis. He said policing fentanyl is complex because it’s being mixed into other common street drugs.

“You do see it in cocaine, crack cocaine and methamphetamine,” he said.

Butler County Sheriff Richard Jones agrees that fentanyl is taking too many lives but thinks the root of the issue begins at the border.

“Seventy-six percent of all the illegal drugs — I wanna repeat that — in the world come here to the United States,” Jones said.

He said first-time users are dying due to the potency of the drugs.

“You will die the first time. Your body can’t take it. You don’t know how much they put in it, to give it that bang —  you’re going to die, or you’ll be in a coma for the rest of your life,” Jones said.

These experts all agree that not using drugs is the optimal way to avoid an overdose, but understand that addiction is a disease — one that needs treated with proper care, rather than simply jail time.

“Even though fentanyl causes an emergency, and we have to think about the life saving efforts, I think we gotta to shift our thought process and not just think about reviving people, but how do we get them into recovery, build those systems that are for it,” Synan said. “And the first thing you gotta do is end the stigma and you gotta stop criminalizing addiction itself. You cannot punish addiction out of someone, and I think fentanyl kind of shows that.”

Getting people struggling with addiction into recovery is one of the most important steps according to Dr. Barbara Marsh, chief operating officer of OneFifteen.

“We certainly want to make sure people are getting treatment and they’re not going to jail,” she said. “Putting someone in jail is not the right answer. Having accessibility to treatment, immediate access to treatment is important for us in our community.

OneFifteen offers crisis stabilization services on a 24/7 basis. Marsh believes rehabilitative services is the key to guiding those struggling back to normalcy.

“Even though we see numbers trending upward, and one death is too many in our community — in any community in the United States,” Marsh said. “But we know that we’re doing a lot of really good things. We have accessibility to treatment, and other resources in our community. People actually do recover from addiction.”

Hartings is a prime example of that recovery journey, as someone who received help from OneFifteen. He said now that he’s clean, his family serves as the motivation to stay clean.

“Being sober has allowed me to wake up into a new reality,” Hartings said. “Every day into a bright reality, and enjoy moments that I know I would otherwise be missing.”

But for those still struggling, Jones-Kelley said it’s important for friends and family don’t give up on their loved ones.

“If people are noticing changes in a loved one that make them think that person needs help with their misuse of a drug, help them get connected to treatment and stay connected to them through that treatment process,” she said. “Know you may save a life.”