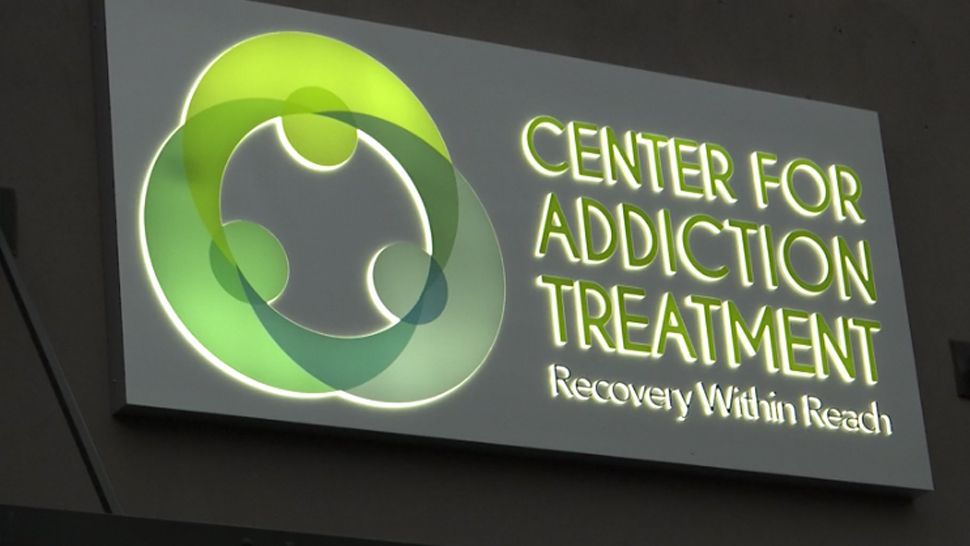 Accidental Drug Overdoses Down in 2018, Experts Insist More Work to Do

CINCINNATI, Ohio — Encouraging new data from the Ohio Department of Health shows overdose deaths in Ohio decreased in 2018 —the first drop in a decade.

And in Hamilton County, preliminary numbers for 2019 show a similar trend.

“This was home… we would stand right here and mix our dope,” said Ryan Dattilo, recovering addict.

Ryan Dattilo is a recovering addict, who is now two years clean, but at his lowest point, spent several years of his life homeless and heavily addicted to heroin.

“I had been living under various bridges here in Cincinnati for three years,” Dattilo said. “I just had no drive or desire to live.”

His life became a never-ending circle of begging for money, buying drugs and getting high. His mugshots show just how far gone he was.

“After that first time on a needle, there was no going back,” he said. “I injected everything that would dissolve in water, in as much capacity as I could afford.”

Sadly, Dattilo’s story is just one of many here in Ohio. Hamilton County Coroner Lakshmi Kode Sammarco said every time someone uses drugs, they’re gambling with their life.

“If you pick up a street drug and plan on using it, it’s the equivalent of playing Russian roulette,” Sammarco said. “Because you have no idea what’s in it. And more than likely, it’s something lethal.”

She said the amount of dirty drugs on the streets of Cincinnati is the primary reason why so many people have passed away in Hamilton County over the past three years.

In 2017, 570 people died from accidental overdoses, and preliminary data for 2019 shows that number dropped to 427. But Sammarco said that number is still twice as many as when she first started as Coroner eight years ago.

“There are more people dying of overdose deaths in our county than all the other accidental deaths put together,” she said. “That’s the message. And that means we still have a long way to go.”

Cuyahoga County is actually anticipating to see an increase in overdose deaths, according to a report by the News-Herald.

In Franklin County, there have been 421 overdose deaths in the first nine months of 2019 —a rise of 15 percent over the same time period in 2018.

And in Montgomery County, they continue to lead the state in overdose deaths per capita. In 2018, 61 people out of every 100,000 people died from overdoses.

But overall, the amount of people dying from drug overdose in Ohio is slowly declining. 3,764 people died from an unintentional drug overdose in 2018, which is a 22.5 percent decrease from 2017.

There are several reasons for the decrease in Hamilton County, but one of the reasons is the work being done by the people at organizations like the Center for Addiction Treatment in Cincinnati.

VP of Clinical Services Michael Rosen said no matter how far gone someone may seem, they can be brought back.

“Whatever point they’re at in their addiction, that help is available,” Rosen said. “A number of resources are here to welcome them to help them get to the next point of recovery.”

Datillo is one of those patients who was able to turn his life around. He broke free of his addiction — thanks to the CAT house and its staff — and now he serves as a peer mentor in the program, helping others with their addiction.

“I made a goal for myself in those very early days that I wanted to complete the program,” Dattilo said. “I wanted to get that badge and come back here, and I did it.”

Rosen said it’s a beautiful thing to see former addicts offering their support to help save another person.

“That just speaks differently to them,” Rosen said. “You know, one person in recovery speaking to somebody else. There’s something really magical to that.”

In addition to his recovery, Datillo has found a steady job with 3CDC, a non-profit that manages the City of Cincinnati. He recently earned a promotion as a Field Coordinator, managing Over-The-Rhine, one of the places where he lived through so many struggles.

He’s grateful for everything that’s come his way since his recovery, celebrating two years of sobriety next week. But he wants people who may be struggling with addiction to know they can turn their lives around.

“No matter what, it’s not too late and you don’t even have to use drugs again,” Dattilo said. “If I can do it, you can do it. And you know, we need you. We don’t want to see any more people die from this disease.”

If you or a loved live in Hamilton County and are struggling with addiction and want to get help, call 513-381-6672 to contact the Center For Addiction Treatment or visit their website.