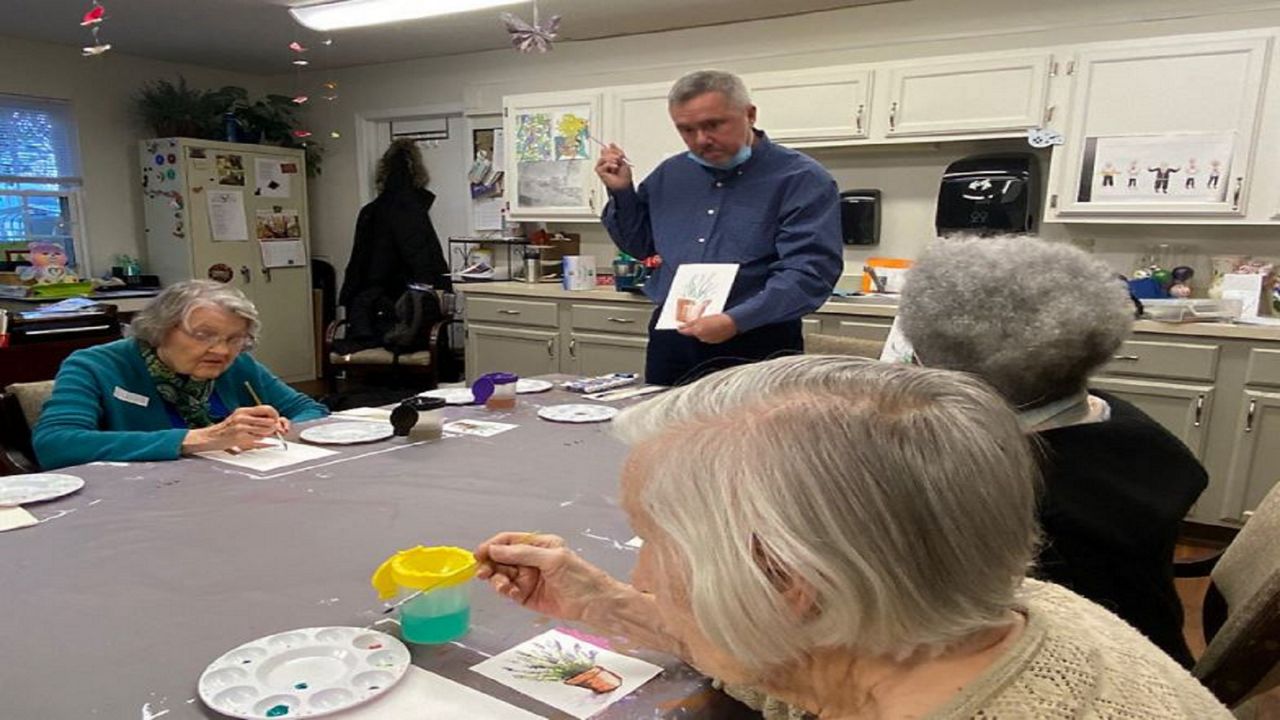 Art teacher showing class how to paint with watercolors.

COLUMBUS, Ohio — An unfortunate situation involving a fire opened the door for one Ohio man to find his real passion in life.

John Gillam finished with a fine art degree and an MBA, but it wasn't until 2017 that he took his love for art and decided to share it with others on a wide scale.

Gillam said a fire at his old job put him in a position where he needed to work with residents in an assisted living facility doing activities.

Little did he know, doing that would be the very thing he would come to love.

“So sharing that with my friends was just a natural progression.”

As he continued to work with seniors, he decided he didn't just want to stick to the basics. Instead, he chose to teach advanced art using watercolors, acrylic and charcoal with The Community Studio, which he started.

He said it “made me a lot happier every day.”

Today, Gillam focuses on helping those living in retirement facilities who may struggle with their eyesight, dementia and Parkinson's Disease.

During his art classes, he makes sure to give residents all of the same supplies, including special cups used for rinsing paint brushes to work with during the classes. That's so that things like the shaking of a hand, doesn't stop someone from being able to take part.

Gillam said making people feel included while boosting their confidence and self-worth is what it's all about.

Residents like Christine Krites said: “You know, I live in a place where like the people's motor skills have gone down and they don't have the fine motors that they used to. It’s just a good distraction for your disabilities. It makes you believe that you can do things even though people tend to think that you can’t.” 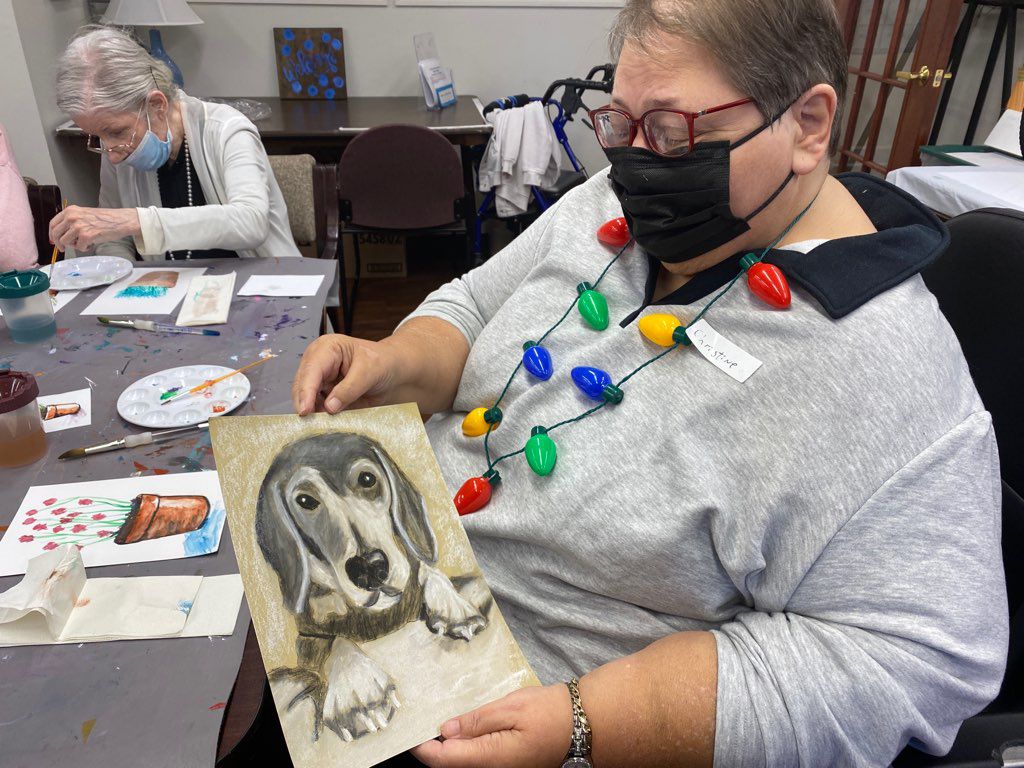 Gillam even plays music during his classes, often getting everyone to sing along.

The oldies, but goodies he said, not only “helps everybody just kind of forget everything else and really just kind of concentrate on their hearts,” but it helps jog good memories for those who struggle to remember.

For Gillam now, being able to impact lives this way is golden.

“I love getting up,” Gillam said. “I love going to work. I love it and I don't even call it work. It’s changed my life.”