Workers from the Brilliant Electric Sign Company put out caution tape as pieces of the Cleveland Guardians team store sign lie on the ground in Cleveland, Friday, Nov. 19, 2021. The sign was being installed and fell off the building. (AP Photo/Ken Blaze)

CLEVELAND (AP) — A special opening day for the newly named Cleveland Guardians began with a bang.

Not the one they hoped for, either.

As fans were buying the first available Guardians merchandise on Friday as the team officially transitioned from Indians after 106 years, a sign installed outside the team store at Progressive Field broke free from its mount and crashed to the sidewalk.

A worker was on a ladder checking bolts when the sign snapped a small section of the ballpark’s stone exterior, fell about 15 feet and smashed into pieces. No one was injured. 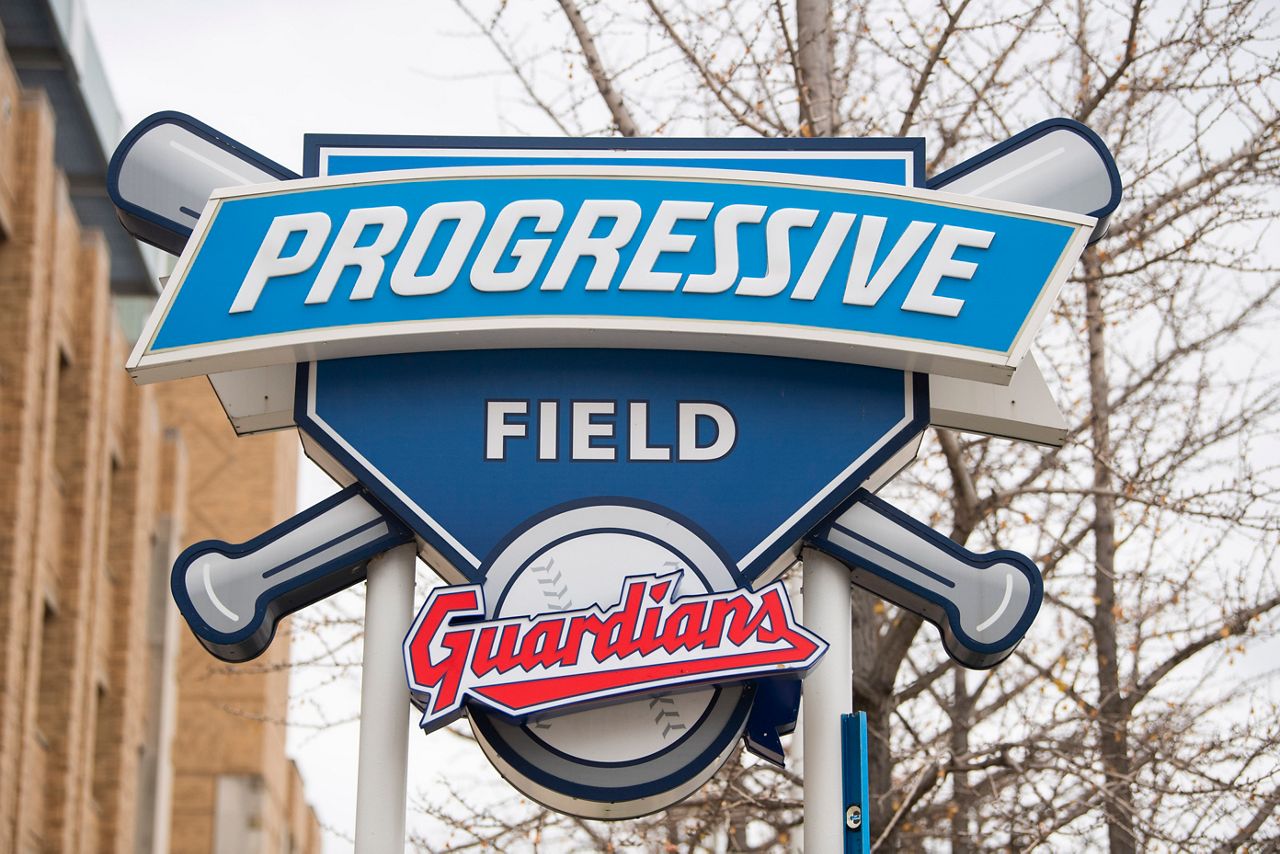 Fans began lining up early in the morning to buy new caps, sweatshirts, T-shirts and other gear bearing the Guardians’ logos.

“This kind of exceeds expectations,” said Karen Fox, the team’s director of merchandising. “Having people show up at 6:30, and then we had 100 people in by 9:14. You can kind of see the store looks like we’re having a game today.”