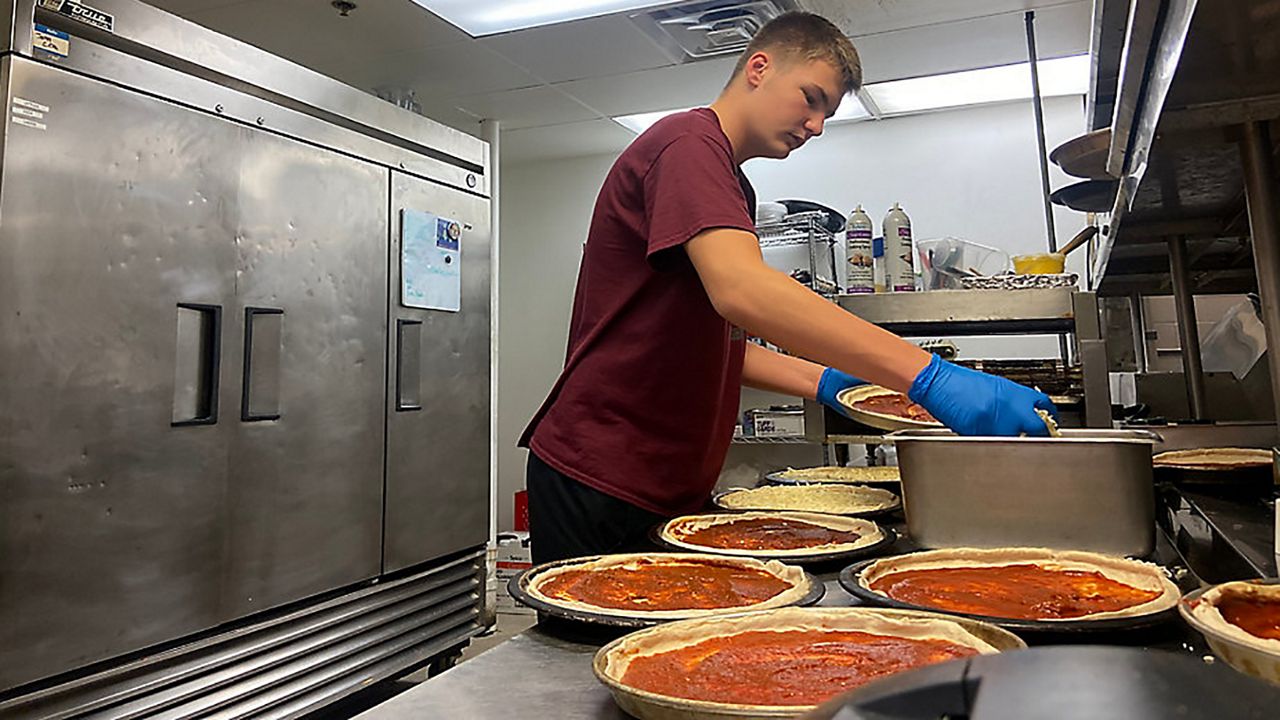 OHIO — More than 3,000 Ohio restaurants have closed during the coronavirus pandemic, according to the Ohio Restaurant Association.


Some restaurant owners are now offering significantly higher wages to combat the problem, but more than 90% of restaurants in the state report they’re still short staffed, according to the ORA.

“Staffing is a huge issue," said Kristina Matic, who took over The Players Club and Lost Nation Sports Park in Willoughby in early July. “So we’ve kind of went from having a bartender to that bartender maybe doing other things, maybe doing a kitchen shift or maybe doing a cleaning shift.”

The industry-wide labor shortage has forced the employees Matic does have to wear several hats, herself included, she said. “Going from ordering to liquor orders, food orders, kitchen, bar tending — just everything from A-Z.”

It's a balancing act between keeping the restaurant afloat and keeping employees happy.

The labor shortage is not just impacting locally-owned restaurants.

Raising Cane's Chicken Fingers made the decision to send 500 corporate employees into restaurants. While Co-CEO AJ Kumaran said it has boosted morale, the move isn't enough to actually make a dent in this labor shortage.

"To be candid, 40,000 crew members is what we have. Sending 500 support office crew members, corporate people is not going to fix anything. That's not a solution. But it's a nice gesture. Getting everyone together, joining hands together, driving towards the same goals that builds camaraderie that that stands for who we are. And that really speaks to our culture. And that is exactly what is done. Over the course of last couple of weeks, I've been overwhelmed by the comments from both people watching their corporate, corporate support group members, be there with them. It's been fun for them, and they appreciate it. They enjoy it. And for the corporate office crew members, it's like a dose of reality. You know, this is where the business is. This is what we have to do to get through today and support our growth," Kumaran said.

Kumaran said restaurants operate on razor-thin margins so as the labor shortage continues, the more wages will go up and the more customers will see that reflected in the price of the product.

According to the ORA's latest Business Impact Poll: