With its future on the line, neighborhood hopes to register 100-year old church as historic landmark

CINCINNATI — St. Mark Church stands tall on its hill. Its towering Renaissance-era structure looming over the buzzing traffic speeding through I-71, cutting through the Evanston neighborhood.

For the past 10 years, the building has sat empty, yet for many who live nearby or attended its masses, its 100-year-old shadow looms large as a piece of neighborhood history, though its future is on the line.

While a neighborhood group hopes to preserve and renovate the building, another potential buyer has plans to tear it down. Now the neighborhood is waiting for the city to step in to determine whether the structure should stand for years to come as a historic landmark. 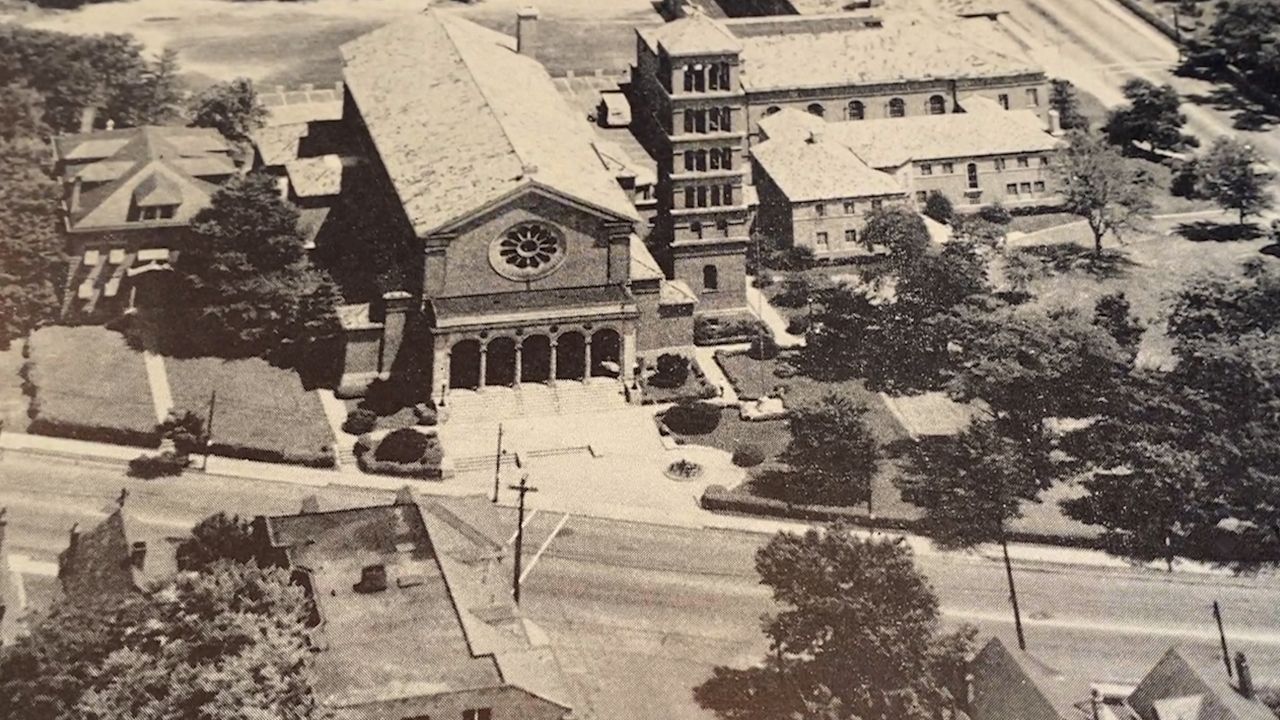 St. Mark in its early years.

Susan Schmidt knows St. Mark well. It’s where her grandparents attended services, where her parents were married, where her cousin went to school and where she spent many Sundays.

“I would have been 1 year old, 2 years old when I first went there,” she said.

While as an adult, Schmidt said it wasn’t her main parish. She remembers attending masses and services there during her tenure as a professor at Xavier University, every time astounded at the beauty of the building.

“It would mean a lot for current folks living in Evanston, for the greater Cincinnati area, to recognize and cherish such a wonderful, historic landmark,” she said.

The rise of St. Mark

The church’s roots date back to 1905 when the first Catholic parish was founded in Evanston, then a separate municipality.

Construction and planning went on for about 10 years, as the architects worked to emulate two historic Italian churches. In 1914, it opened and held its first mass.

According to Schmidt, her parents' years were the church’s heyday. The sanctuary built for 950 people filled up in the 1950s as the parish hit peak attendance, and so did its school and recreation center. The church had its own bowling alley and youth club and hosted meetings for parish societies.

“In Evanston, St. Mark really was the center for the neighborhood to gather and meet,” Schmidt said. 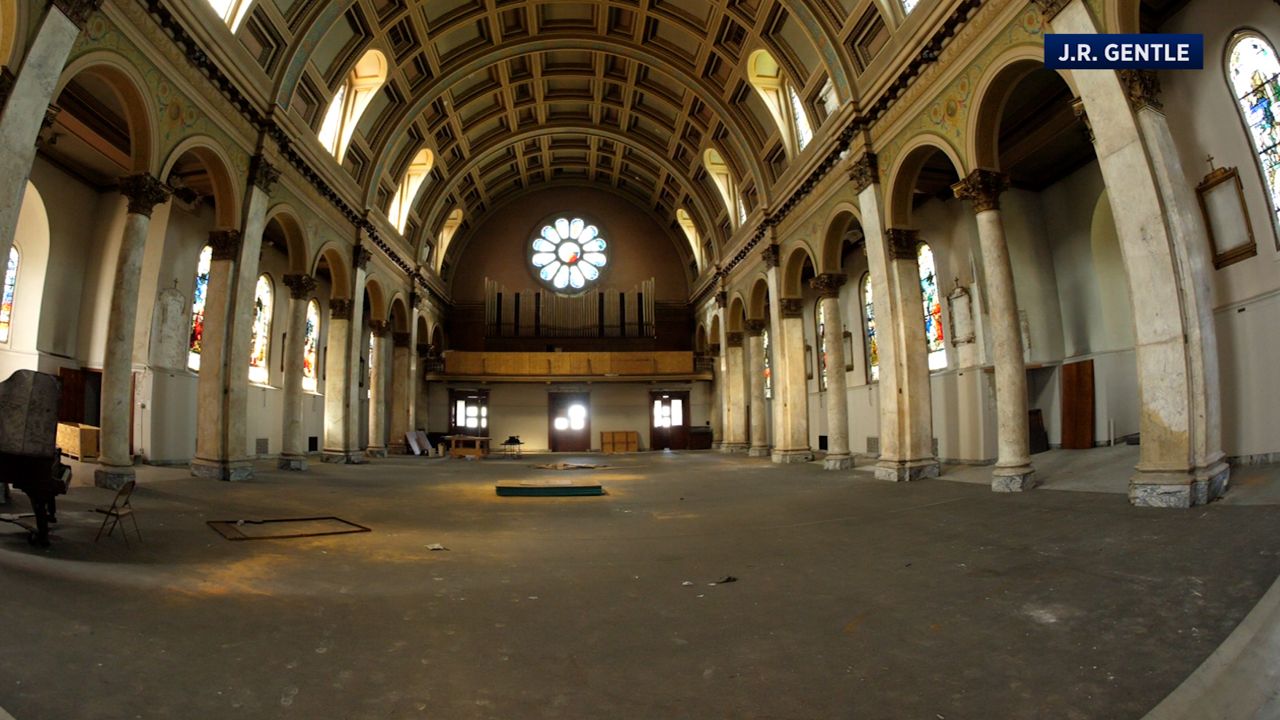 As the neighborhood began to change, things the church saw attendance and engagement decline. Schmidt considers the construction of I-71 a turning point for Evanston.

Running nearly adjacent to St. Mark, the highway's construction in the '60s and '70s split the Evanston neighborhood in two. Many of the more affluent residents left for the suburbs and the church would never get close to its 1950s numbers.

The school closed in 2002 and then, in 2010, citing declining attendance and financial concerns, the Archdiocese of Cincinnati would approve a merger between four predominantly Black parishes including St. Mark. They would now meet at the Church of the Resurrection in Bond Hill, formerly St. Agnes, with a combined congregation of 550.

Hope for a revival

In the years since, the church continued to attract admirers, including J.R. Gentle.

Recently moving to the area, Gentle said he was struck by the building’s scale and beauty, the arches and columns reminding him of his travels in Europe.

“It’s beautiful inside but the tower is like great because it kind of stands out there,” he said. “All the doors are huge because they wanted you to feel small when you walk by.” 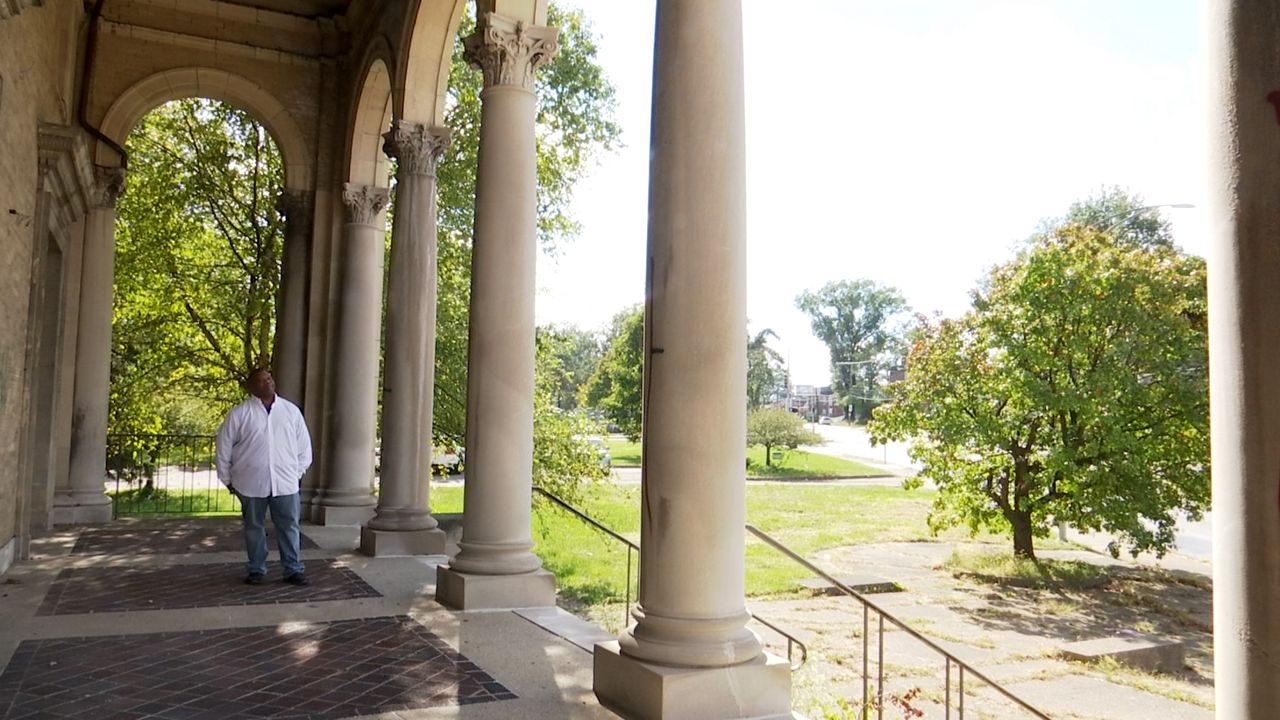 Gentle said he started looking into St. Mark’s story, finding a group of Evanston neighbors looking to bring the place back to life. The group, called Save the Mark, aims to restore and renovate the building, converting the interior into a community center.

“It’s a huge facility,” Gentle said when asked about its potential. “A hub for nonprofits in the area, a place for probably a library in there.”

Those plans, however, come at a steep price. Since the parish closed, St. Mark has fallen into disrepair. Gentle said there’s a hole in the roof and water damage throughout the facility.

Before any construction can start though, the Archdiocese, which still owns the building, needs to pick a buyer. Earlier this year, Save the Mark said it raised more than $550,000 to put an offer on the building, but another contract was closer to closing the deal.

In a statement to Spectrum News, the Archdiocese said it leaves any decision about parish buildings to the parish that owns them, and in this case, that is the Church of the Resurrection.

The Archdiocese acknowledged the church had been working with Kingsley Realty, a commercial developer whose recent projects include hotels and mixed-use apartment and retail complexes.

“The contract between Church of Resurrection and Kingsley Realty Investments acknowledges the possibility of demolition and includes an agreement on how to go about that,” spokeswoman Jennifer Schack said in a statement.

In response to the potential sale, Save the Mark decided to take another route. The nonprofit filed to register the 100-year-old church as a historic landmark, with Schmidt helping lead the charge.

“I would like to see that future generations long after we’re gone are still able to see that church and know the history,” she said. 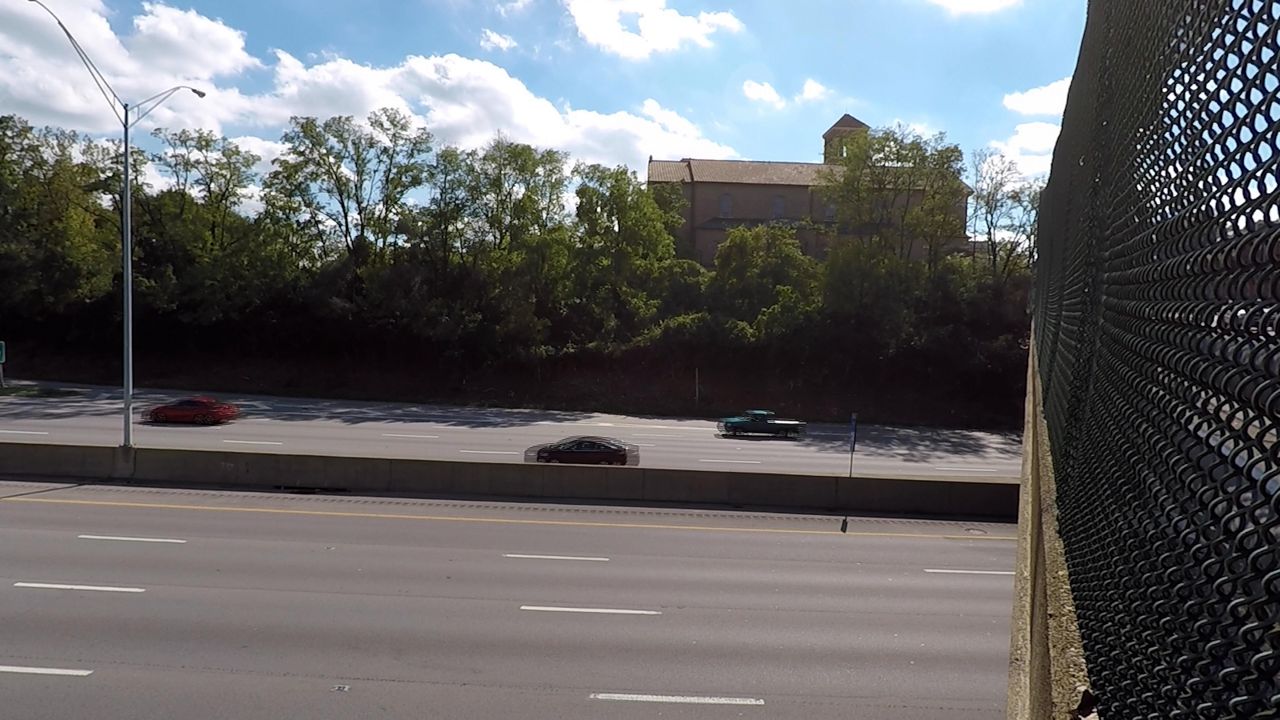 Cincinnati’s Historic Preservation Committee reviewed the request and unanimously sided with Save the Mark, recommending the building’s preservation.

From there, the measure will go to the planning commission, then city council has the final call. Save the Mark hopes to hit that benchmark by the end of the year.

If St. Mark becomes a historic landmark, it would need years of effort and millions in preservation funding to ensure it stands for years to come. If the Archdiocese will have them, Gentle said Save the Mark is willing to foot the bill through fundraising and donations.

Whatever it takes, Gentle said, to bring life back to a piece of neighborhood history.

“That’s when the hard part will start,” he said.