CINCINNATI — Northside, about seven miles from downtown Cincinnati, has seen its ups and downs over the years. It’s currently in the middle of a resurgence, with many development projects taking place.


Cindy Sherding, a Northside resident, said neighbors have rallied over the years to help address these issues. And they've turned to Keep Cincinnati Beautiful (KCB) for help. 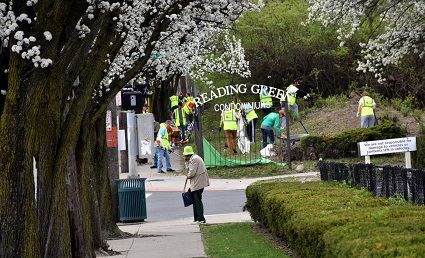 KCB is a local nonprofit committed to education and environmental initiatives that foster community pride across the region, working alongside city departments and other organizations. Projects range from cleaning up illegal dumpsites to planting flowers in prominent communal areas.

Beyond providing tools and resources, they help identify target areas and work through logistics, such as recruiting volunteers. That often means bringing in corporate partners.

"The events offer a way for community members to get involved and to help beautify the neighborhood,” Sherding said. "I don’t know how we would have a really productive neighborhood cleanup without KCB."

What is Keep Cincinnati Beautiful?

Jonathan Adee, executive director of Keep Cincinnati Beautiful, said a significant contributor to community pride is living in a place that feels safe and welcoming.

"We use our beautification efforts and education to create behavior change toward our environment and make this a great place for people to live," said Adee, a 20-year veteran of the nonprofit sector. 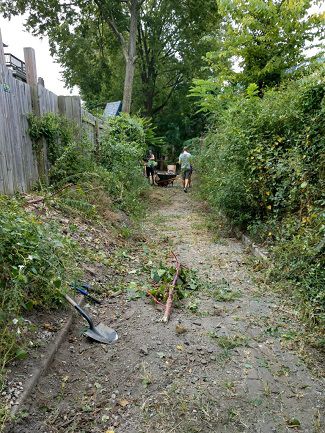 Keep Cincinnati Beautiful's goal is to do exactly what its name implies — beautify the city.

It's not just about aesthetics, though.

Adee said their approach reflects the Broken Window theory, which states that visible signs of crime and civil disorder, such as broken windows or vandalism, can create an environment that promotes more crime and disorder.

In most cases, it has nothing to do with the residents of a particular neighborhood, Adee said. But seeing crime, vandalism or illegal dumping in their community can instill a sense of hopelessness in residents.

"We try to reclaim neighborhoods from the unsavory elements and return them to residents and families who love those communities. We want to make sure all 52 neighborhoods are safe and healthy places for children to play and grow up," Adee said.

The organization uses data collected by the city of Cincinnati's customer service system to figure out trends for issues like illegal dumping, nuisance properties and graffiti. They regularly work with Cincinnati's fire and police departments, recycling program and the Department of Public Services. They also work with community groups and neighborhood councils.

KCB has been around since 1978. Formerly known as the Clean Cincinnati Commission, its mission has stayed the same throughout the decades.

Every year, KCB recruits thousands of volunteers – ranging from students to corporate partners – to participate in cleanup events around the city.

Some of their neighborhood cleanups attract upward of 500 volunteers, Adee said.

But, as with most operations, the pandemic brought challenges for them. Social distancing and closed college campuses related to COVID-19 hurt their ability to host events and recruit.

Such jobs take corporate sponsors and a large number of volunteers, but it also requires dozens of community members to roll up their sleeves and take part. Adee said getting the support of the people who live there is vital.

"It is amazing the kind of transformation to a neighborhood that can take place when 500 people get together for a few hours of collaborative engagement," he added. "The kinds of projects that would take a year with a handful of people can be knocked out in a matter of a few hours."

Right now, KCB is focused on smaller events. Most of those participating are neighborhood residents, along with a handful of outside volunteers and some members of the KCB team.

On Oct. 9, they're hosting such cleanups in Clifton, East Westwood, Madisonville and Roselawn. They're also partnering with Streetside Brewery for a "Tuesday Night Tidy" event on Oct. 5 in the East End.

KCB makes an impact on Cincinnati

As an interim city council member, Steve Goodin has a unique vantage point into what the absence of Keep Cincinnati Beautiful and other nonprofits means for the Queen City. 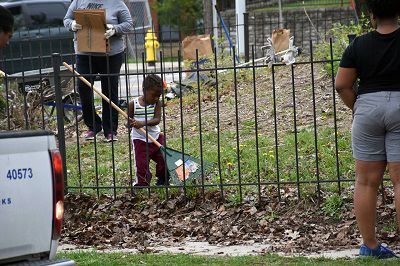 A Clifton resident, Goodin has been frustrated by the growing amount of litter he's seen in recent months. He specifically highlighted a considerable amount of trash along Clifton Avenue.

"Being a Cincinnati resident, I knew of Keep Cincinnati Beautiful and sort of their function. But it wasn't until I got on city council that I saw just how integral they were," Goodin said.

Goodin said not having KCB and other organizations out in local neighborhoods has caused the city to "look and feel dirtier than it has in years."

"I can't say it enough: Keep Cincinnati Beautiful fills an important role. They can do things that city officials and even some city departments cannot," Goodin said.

Keep Cincinnati Beautiful receives a considerable portion of its funding from the city of Cincinnati, but not all of it. The organization is responsible for securing a combination of grant funding and corporate donations as well.

They're looking to recoup some of the funds lost in the pandemic through their upcoming benefit, the Cincy Block Party. The event on Oct. 15 will take place at Benken Florist Home and Garden Center in Silverton.

It won’t be a gala, Adee said. It will be a much more low-key celebration. There will be food, beverages and games. Adee was excited about a large-scale Plinko game that was created by local artists.

"This party is to celebrate all the tremendous partners who are committed to protecting the environment and helping Cincinnati continue to shine," Adee said.