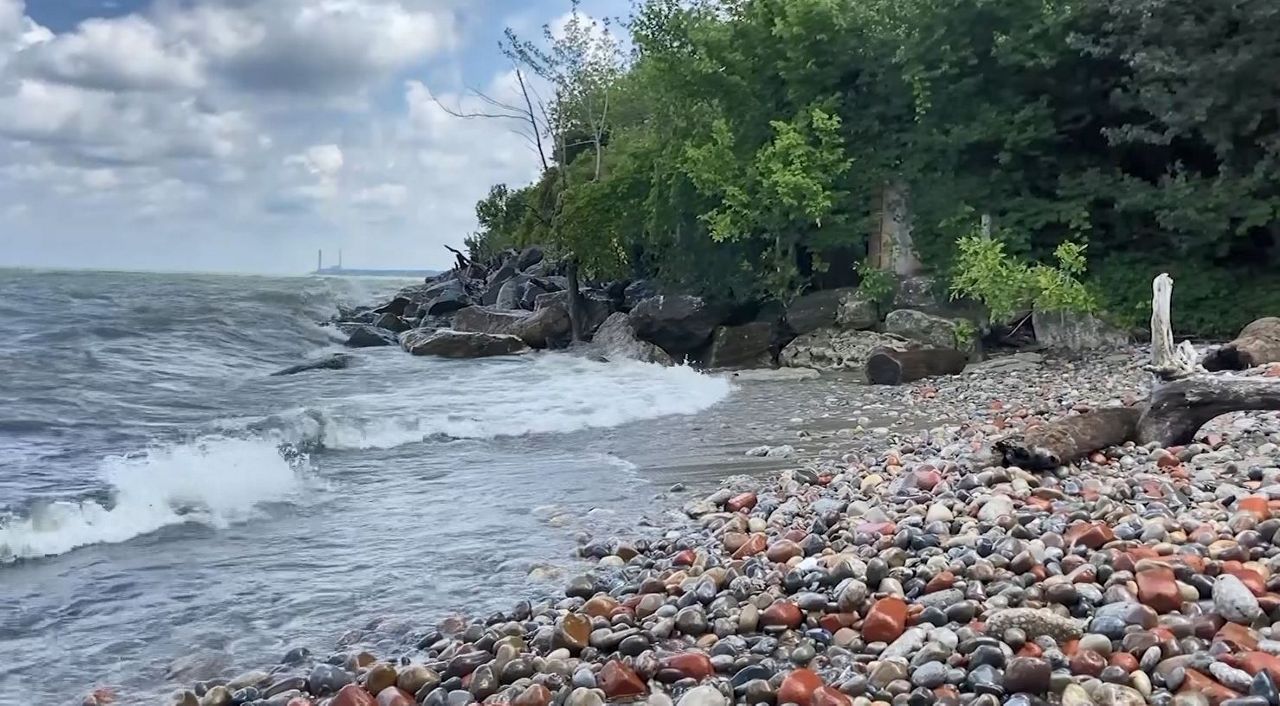 The Lake Effect: Changing climate is changing our Great Lake

CLEVELAND— A few images come to mind when you think of climate change: crumbling ice caps, strong storms and wildfires raging out west.

While these events are undeniable in their destructive power, climate change is a global problem and affects communities on a local level — the Midwest included. Here in Ohio, Lake Erie is a major area of concern.

The report notes the increase of lake-effect snow, and attributes it to warming in the Midwest. Should this trend continue, the report warns, “Reductions in lake ice may increase the frequency of lake-effect snows until winters become so warm that snowfall events shift to rain.”

He said to think of the atmosphere like a sponge. If there’s more water filling that sponge, there will be more to squeeze out.

“When you squeeze it out to produce the rain, if there’s more water in the sponge to be squeezed out, you can get more rain or snow. So partly a warmer climate allows more intense and heavier rains and actually stronger storms probably,” he said.

The report continued to warn of increasing lake surface temperatures and decreased ice coverage, which is expected to continue into the future.

Whiting said a decrease in ice coverage could cause more lake effect snow in later winter months because more lake water is available to be evaporated.

“A warmer lake with more open water means kind of in a perverse sort of way, warmer climate, maybe more snow in the Snow Belt during January and February and maybe even March,” he said.

Lake Erie is also seeing an increase in algal blooms, with a particularly notable case back in 2014. Cyanobacteria from an algae bloom polluted the drinking water in Toledo.

The report states that contact with cyanobacteria is linked to skin and eye irritation, respiratory and gastrointestinal illness, and liver and kidney damage. Some of the causes of these algal blooms are only becoming more frequent as a result of climate change.

“The occurrence of conditions that encourage cyanobacteria growth, such as higher water temperatures, increased runoff and nutrient-rich habitats, are projected to increase in the Midwest,” according to the report.

Increased frequency of heavy rains have also led to “flooding, soil erosion, and water quality issues” from nutrient runoff into systems that feed into the lakes. This has prompted farmers to change some of their practices.

“Especially in Lake Erie,” the report states, “runoff from agricultural watersheds can carry large volumes of nutrients and sediments that can reduce water quality, potentially leading to hypoxia (inadequate oxygen supply), an occurrence that is predicted to be more likely as the climate continues to change.”

Farmers in Northeast Ohio, whose operations may directly impact the lake, have been manipulating their practices to mitigate some of the damage by using methods such as cover crops.

“No matter what we do, and we have a lot of causes for runoff and phosphate getting in the water stream, but climate change is the biggest challenge,” farmer Kris Swartz said. “I mean, we get big rains all the time. I mean, last week, we had five and a half inches here in one day.”

Swartz, whose farm is located in Perrysburg, said they get these downpours regularly now. This makes it difficult to develop infrastructure to deal with it. He said he’s been farming now for more than 40 years, and they’re definitely more challenged by these big weather events.

He referenced H2Ohio, an initiative Gov. Mike Dewine launched in 2019 meant to “strategically address serious water issues that have been building in Ohio for decades,” including algal blooms worsened by phosphorus runoff.

“This is the first program that really can be really impactful on the overall water quality going into Lake Erie,” Swartz said.

When it comes to practices, he says they’ve evolved, learning how to mitigate some of the effects of this runoff in heavy rain. For example, through a nutrient management plan, they look through the fertility levels on every acre and decide then how much fertilizer to put on.

In addition, they’re looking at variable rate technologies, which determine the fertility needs per acre. They are also looking into subsurface placement, where they put the phosphate-carrying fertilizer underground to keep it out of the lake during runoff.

When it comes to the agricultural industry’s role in phosphate runoff and subsequent algal blooms and other ecological risks, Swartz said he doesn’t look at it as blame but rather responsibility.

He said he knows that farms are a major contributor to the phosphate in the lake. Farmers are going to take care of their responsibility first, he said, and they’re working on ways to solve what really is a tough problem.

Another potential complication that can come with increased heavy rainfall in the Midwest is overwhelmed stormwater and sewage systems, which are often combined into one system, according to the climate report.

"In addition, in metropolitan areas with older sewer systems that combine sanitary sewage with storm water, extreme rain can result in the release of raw sewage into rivers and streams, posing both health and ecological risks," the report states. "These releases, known as combined sewer overflows (CSO), pose challenges to major sources of drinking water including the Mississippi River and the Great Lakes."

The report continues to state that the Environmental Protection Agency estimates costs to exceed $480 million each year to compete with these "more intense and frequent storms in the Midwest."

The Northeast Ohio Regional Sewer District is currently working on its own investment against these CSOs that can pollute the environment, including Lake Erie. The 25-year-long and $3 billion project, known as Project Clean Lake, is seeking to reduce pollution through a number of infrastructure improvements, in part through the construction of seven massive tunnels to better capture stormwater from heavy rains.

These tunnels, of which three are currently constructed, will be several miles long and up to 24 feet in diameter, according to the project's website.

Jeannie Smith, the senior manager for communications and community relations for the sewer district, explains that in Greater Cleveland and many other Midwest cities, they utilize combined sewers that carry storm water and sewage through one pipe to a treatment plant.

"The very short version is that during heavy rain events, that storm water and sewage combination can overfill the sewer pipe, for lack of a better word... and then it discharges combined sewage into the environment," she said.

Smith pointed out that this has actually been a "legacy problem" for the district, noting that when they were established in 1972, they had about 9 billion gallons of combined sewage being discharged into the environment annually. When this project began in 2011, she said, they had cut that in half and that they aim to cut it to about 500 million gallons by 2036.

The tunnels, which are currently being built about 300 feet below ground, will basically act as temporary storage tanks for excess water during heavy rainfall events, Smith explained.

“So what happens during a heavy rain event, when these tunnels go online, is the combined sewage goes into the sewer and then that water, rather than being diverted back out into the environment is actually sent into one of these tunnels," she said. "So that water will sit in the tunnel, and when the rain has passed, when the plant is able to accept that level of capacity of water, it's actually pumped up to one of our treatment plants for treatment."

The project's website specifies that this is a consent decree between the sewer district and several state and federal agencies, explaining that "over 98 percent of wet weather flows in our combined sewer system will be captured and treated when the program is complete in 2036."