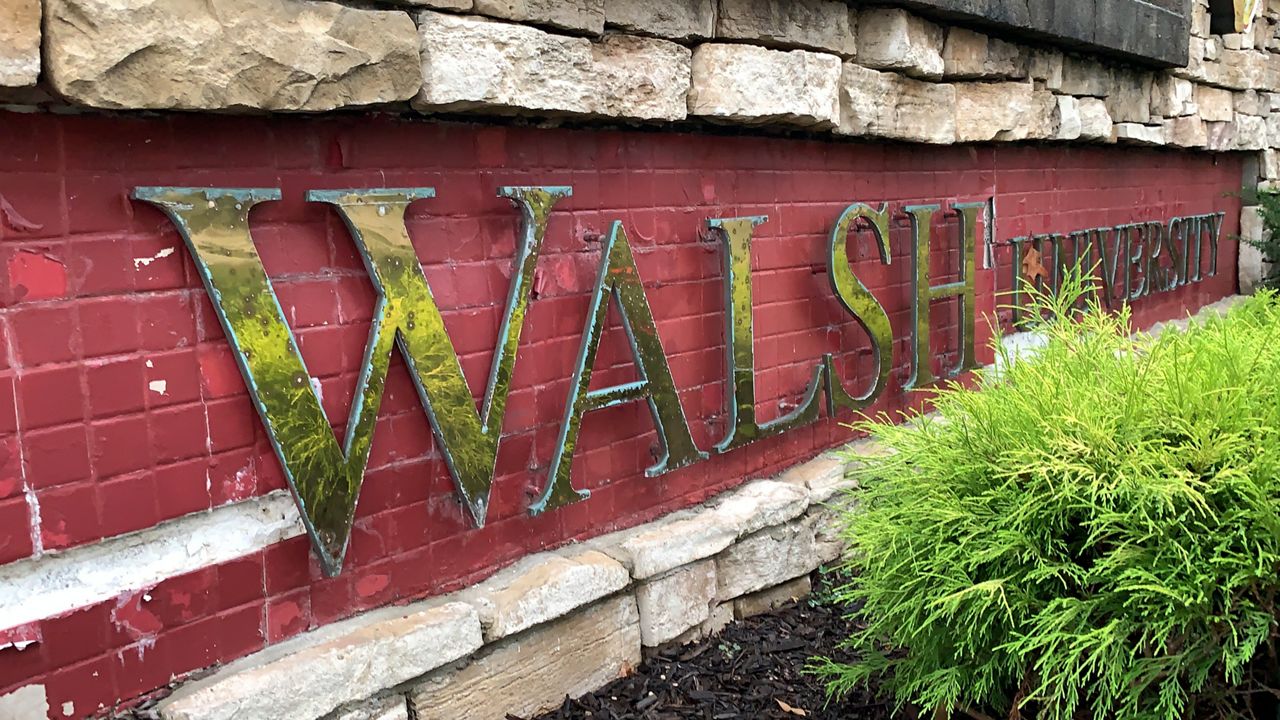 NORTH CANTON, Ohio — A proposed “Oasis Club” at Walsh University has been under review for 140 days. The club was submitted as a safe space for LGBTQIA+ students and their allies to meet, discuss issues and talk about service initiatives.

“The club has just been the leading ask by LGBTQ+ students because it would mean, finally, that the university acknowledged them as people that deserve recognition, that deserve acknowledgment, that deserve protection and that deserve representation,” said McFeeters, a student-athlete who plays lacrosse at Walsh University. 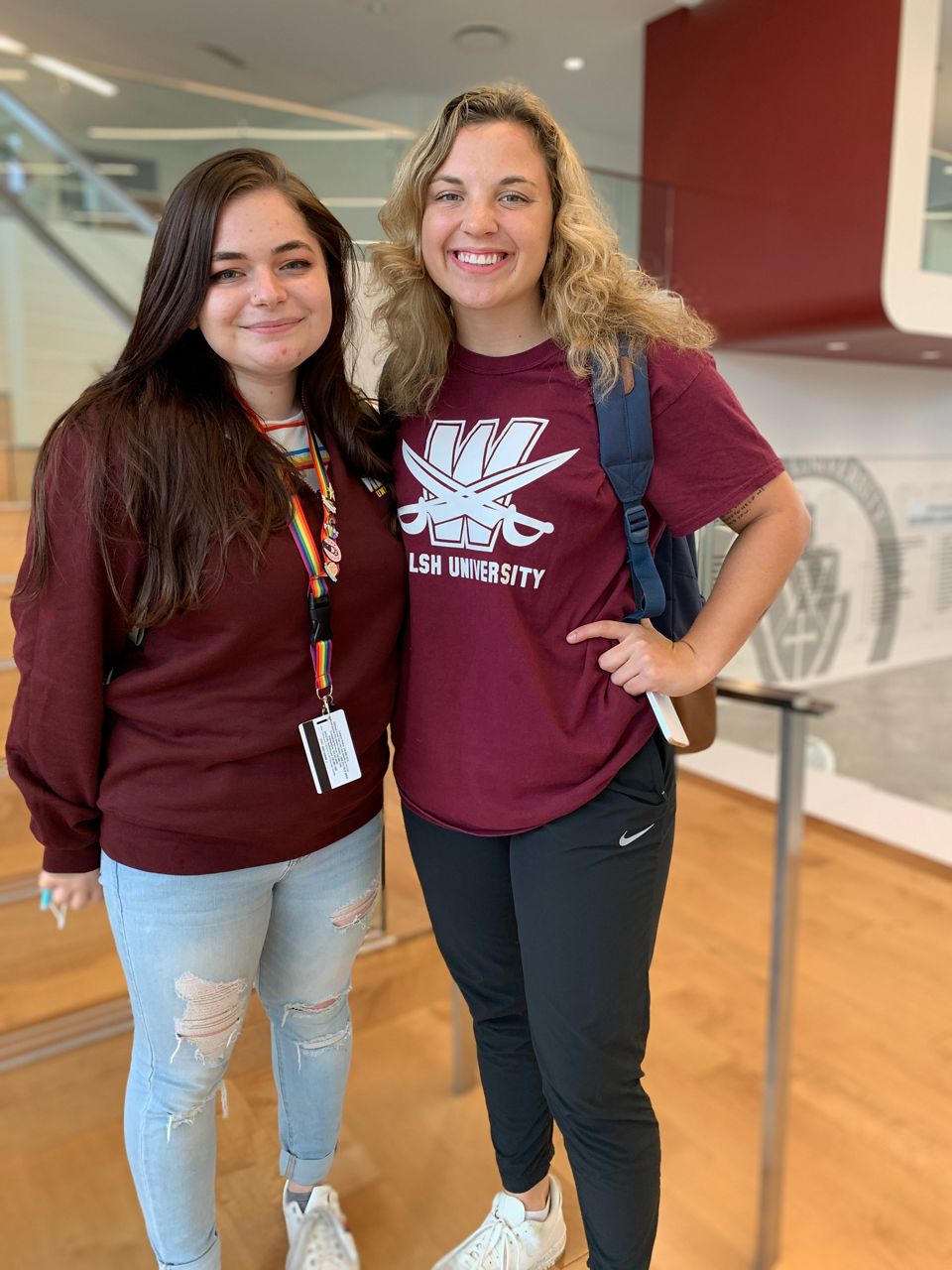 In order to create a new club at Walsh University, at least 15 students must be interested in joining the club. More than 50 students have expressed interest in joining the proposed Oasis Club.

The school highlights that new club applications are to be processed within 10 business days.

Bryan Badar, the vice president for Student Affairs and Walsh University’s Dean of Students, said this proposal has been processed and it now sits in the Student Affairs office for review.

“The message that I really want to send to students is that we care No. 1, that we want them to feel connected, we want them to feel supported,” said Badar. “We realize there may be frustrations with the way this process is going, but we want to bring as many people to the table as possible to engage in the conversation because we are committed to making sure we can support all of our students.”

ALIGNING WITH THE CATHOLIC FAITH

Liossis said there’s a culture on campus that is not always accepting for students who identify within the LGBTQ community.

“My roommate and I were sitting in our common room and we had people walk past our window and yell homophobic slurs,” said Liossis, who identifies as pansexual or queer. “I don't know who believes that my identity is valid. I don't know who hates me for my identity. I don't know who has any preconceived notions about me because of my identity. But if you have a club that literally is dedicated to providing a safe space for queer students and their allies, you walk into that room and you know that nobody is judging you because of your identity.”

“I think Walsh does a great job of treating the white, heterosexual, Catholic student on campus fairly and with respect, there's a lot of resources for them,” said McFeeters. “But from the minute that you're othered, by either gender, age, sexual orientation, sex or race, like the university doesn't have a lot of policies in place that exactly care for the vulnerable.”

Sexual orientation is not listed in the school’s non-discrimination policy and a new line added to the policy this year reads, “Every member of the Walsh University community and visitors to our campus will always be recognized on the basis of their biological sex at birth.”

Badar said this is in line with the federal statute.

Badar said the university is working to see how the proposed club aligns with the Catholic faith.

Notable Catholic institutions like the University of Notre Dame, Villanova University and John Carroll University have LGBTQ clubs and resources.

“Having same-sex attraction, as they would call it, is not a sin,” said Liossis. “Being attracted is not a sin. It's the action that is a sin. So I mean, having a club on campus where you are literally just a queer person, in community with other people queer or not, there's nothing against Catholic doctrine about that.”

“Our club proposal contains huge amounts of both Catholic doctrine and Catholic teaching and we've never been given a direct answer as to what parts of our club application don't align with the Catholic faith,” said McFeeters. “There's no Catholic teaching that exists that prohibits the gathering of God's creation, or God's people, or homosexual people in this case. Pope Francis has overtly stated, who am I to judge in his time as a Pope. And also he has validated the right of homosexual people to be in families through civil unions. And I mean, we're not getting married at this club or anything like that. We're just wanting a simple place to be and a place to exist.” 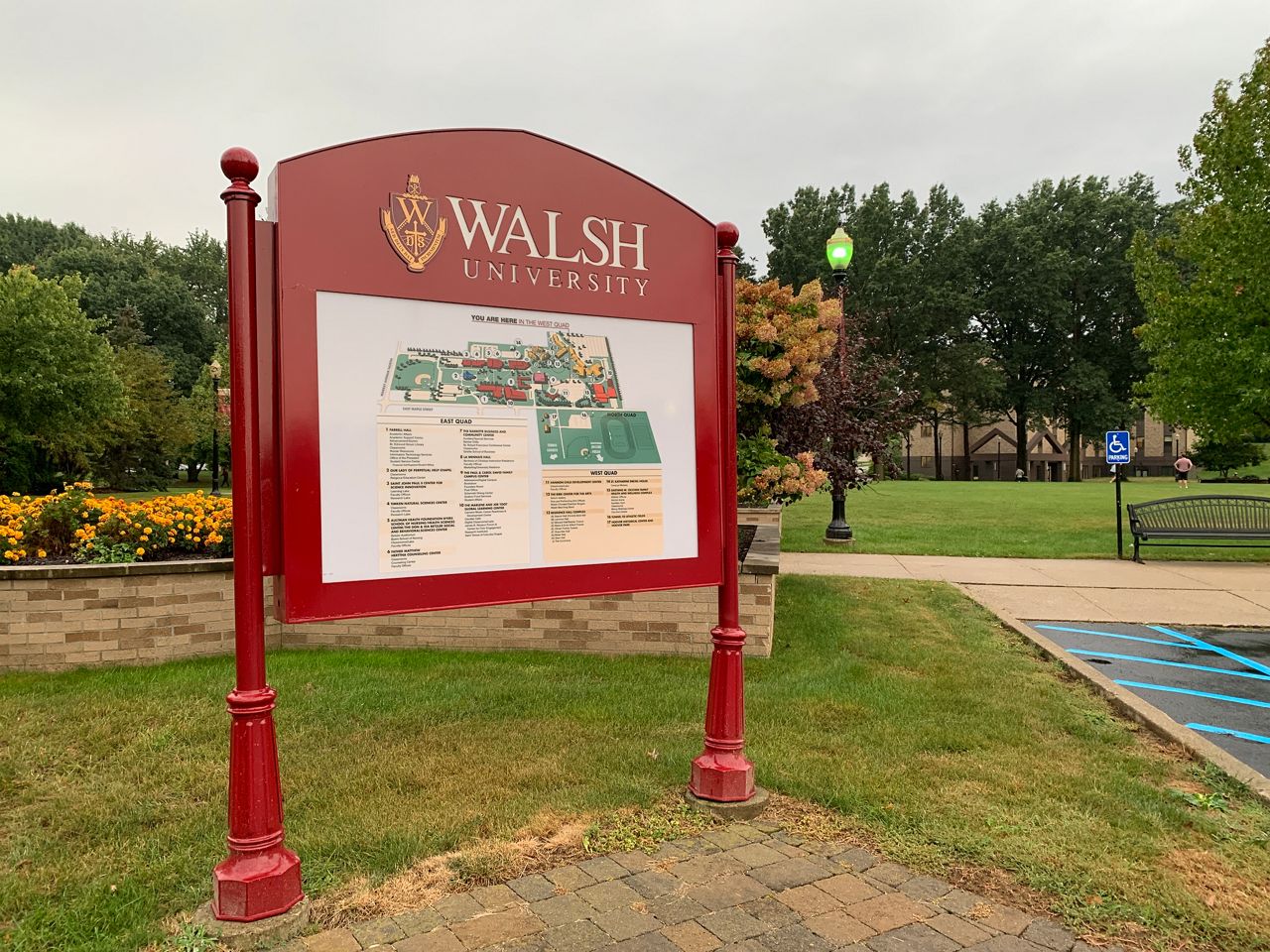 The University recently launched an initiative called “Walsh United” that aims to improve diversity and inclusion efforts on campus.

Walsh University’s president Tim Collins sent out an email to all students on July 16 listing four action steps that were to be completed by summer 2021.

Those action steps include:

As of now, most are still in progress.

Badar said Walsh administrators and leadership have been meeting with people from different affinity groups, including those from the LGBTQIA+ community.

Cultural humility training has been scheduled with James Knight.

"The student-led Diversity Council is in the process of being formulated, that's through our student government so that's underway as well. And then our cultural humility training is going to be underway next month,” said Badar.

Badar said the university has not yet made a decision on whether LGBTQ students and their allies can have a recognized club.

“That's what we're discussing right now. You know, so again, the answer is not a yes, it's not a no, but we are looking for a solution that will best serve our students and honor our commitment to aligning with Catholic teachings and our mission,” said Badar.

Walsh University promotes a diverse community in its mission statement and marketing materials have included the words “Come As You Are.”

"The University is a part of me as much as I am a part of it,” said McFeeters. “So I'm pro Walsh. I'm pro making Walsh better. When I graduate, I want to be able to talk about Walsh University on my resume as an institution that upholds and uplifts diversity commitments and people of diverse backgrounds because that's what college is. It's exploring the big world and exploring different viewpoints and being able to critically think.”

These students feel they've been waiting long enough and want a yes or no answer.

"If it's a no, we can start working in other directions on how to uplift this group,” said McFeeters. “And if it's a yes, then we can get to work.”

“I am a part of this community, of the Walsh community and I want the community to be better not just for me, but for other students, too,” said Liossis. “There are going to continue to be people who enroll on campus and I want to leave them a university that they're proud of and that they feel safe in.”

Sept. 27, 2021 Editor's Note: A previous version of this article said Catholic University declined to have LGBTQ clubs and resources.