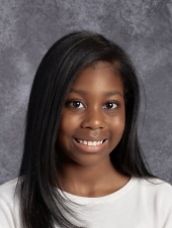 A release from the sheriff’s office says deputies were called to the Aqua Adventures area of the park around 5:10 p.m. Tuesday for reports of a possible drowning. Aqua Adventures is a water park with large water inflatables and trampolines.

The teen went into the water, without a life jacket, at about 5 p.m., according to a Butler County dispatcher. She remained missing for roughly 30 minutes until a lifeguard located her.

The sheriff’s office says Madison Township EMS “immediately” began treatment. They transported her by helicopter to Dayton Children’s Hospital where she later died, according to the release.

Officials have not yet released the cause of death.

“This is a tragedy no parent should have to endure,” said Butler County Sheriff Richard Jones. "These are the calls first responders dread and have difficulty dealing with. Our thoughts and prayers go out to the family.”

Mykiara was a rising freshman at Middletown High School. Her mother works for Middletown City Schools, according to a message to parents from Superintendent Marlon Styles.

"Dear Middie Parents, Guardians, and Friends: It is with great sadness that I write this letter to you," the note begins. "[W]e mourn for (Mykiara's) family and friends. Mykiara’s mother works in our schools, so we will be wrapping our arms around her during this extremely difficult time."

"In a year full of change, fear, and the unknown, I encourage you to talk with your child(ren) about their thoughts and feelings. Provide outlets for expression such as drawing, writing, talking and any other engaging activities. Be honest (about what happened)."

The Land of Illusion says it remains closed "out of respect for (Mykiara) and her family, and for our employees who are also dealing with this tragedy,” per a note on the park's website.

"We ask that you join us in sending thoughts and prayers and our deepest condolences to our guest’s family and friends, as well as to the team members and guests who were onsite last evening during this tragedy,” the park's statement reads.

The Land of Illusion website says all park attendees must sign a waiver. The policy says anyone under 17 has to have it signed by a parent or legal guardian.

The park says it is "fully supporting state and local officials as they investigate the incident.”

Spectrum News reached out to Land of Illusion and we have not yet received comment.