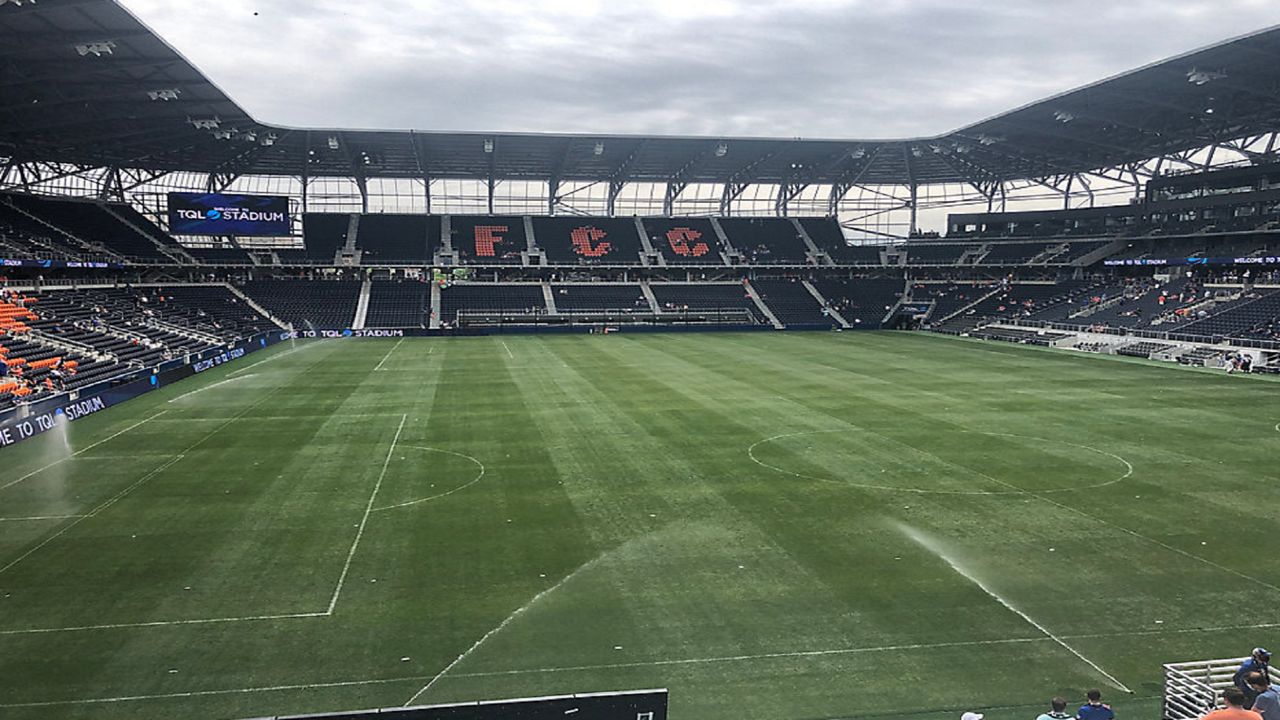 CINCINNATI, Ohio — CINCINNATI, Ohio — In just a few weeks, soccer fans will get the chance to go to a game at the brand new TQL Stadium, home of FC Cincinnati. However, season-ticket holders got a peek at the new pitch this weekend.


​​For FC Cincinnati fan Brandon Faris, checking out TQL Stadium for the first time was magical.

Faris along with his wife, daughter and sixth-grade son got their first peek at the stadium. They’re excited this will be the first season they have season tickets.

“Brand new stadium, brand new year, electric energy in the city that we love," Faris said. "And we were going to go all in.”

The family checked out everything the stadium has to offer including getting some new swag.

“You only open a new stadium once so do it right. Get the jersey, get the hat, get the stuffed animal, have fun," Faris said.

Faris and his son, Nash, even got in a game of FIFA.

But what they’re really here for is to see the view from their seats in the iconic fan section, The Bailey.

“You can sit anywhere in Cincinnati, but there’s only one Bailey," Faris said. "It’s the craziest fan base in all of professional sports. And it’s right here in the Queen City.”

That’s what drew Faris and his family in as FCC fans in the first place.

“Action all the time," he said. "The drums are beating, people are screaming, it’s so much fun and we fell in love with it.”

The new stadium, which holds 26,000 fans and cost $250 million, is a welcome permanent home to the newest professional team in the city

“The sports teams we have are great, they’re iconic, they’ve been around forever," Faris said. "There’s a whole group of fans that maybe aren’t into that. And this is like a breath of fresh air.”

Faris said while he’s thrilled with the stadium, all soccer fans should be too.

“What they’ve crafted here is something that is really remarkable," he said. "People say there’s not a bad seat in the house, that is true here at TQL Stadium.”

The first game at TQL Stadium will be May 16 against Inter Miami.