COLUMBUS, Ohio — The Cleveland Clinic has found the B.1.1.7 COVID-19 variant is the “predominant” strain in Ohio, and researchers are cautioning that the development means young residents are at greater risk than ever before.

Dr. Daniel Rhoads, the section head of microbiology at the Cleveland Clinic, said his team’s epidemiologic surveillance is sponsored by the Centers for Disease Control and Prevention (CDC) via the Ohio Department of Health (ODH) to track the frequency of mutations in the virus to inform public health response.

“At the end of 2020, we hadn't seen the B.1.1.7 variant in our population,” Rhoads said. “Now, it makes up a predominant proportion of our positive samples, so it's quickly evolved in prevalence.”

For samples collected in the past two months, 42% of sequenced samples submitted by the Cleveland Clinic to a global database for tracking mutations in the virus, have been the B.1.1.7 variant.

Rhoads said the variant behaves with more contagious properties, and that’s noticeable by the pace at which it’s spread through Ohio. The strain has also been documented to present more problems for young people, he said.

“It spreads more easily, and it can cause disease in younger individuals, and that's concerning because over the past year the mantra has been that older people are at high risk,” he said. “There is now increased risk among young people.”

The Cleveland Clinic has sequenced samples as old as March 2020, but most of the sequencing has been conducted on samples from March and April 2021 infections. Rhoads said all the samples come from the Cleveland Clinic’s COVID-19 testing.

The health system is responsible for submitting a quarter of all sequenced COVID-19 samples in Ohio, and it has detected 373 of the state’s 1,449 cases of the B.1.1.7 variant, according to the database.

Rhoads said while the B.1.1.7 variant has taken hold in the population, the Cleveland Clinic has also been seeing more cases of other variants of concern.

The greatest concern, as COVID-19 cases decline in Ohio due to vaccinations, would be a new variant that is more aggressive than B.1.1.7, Rhoads said. 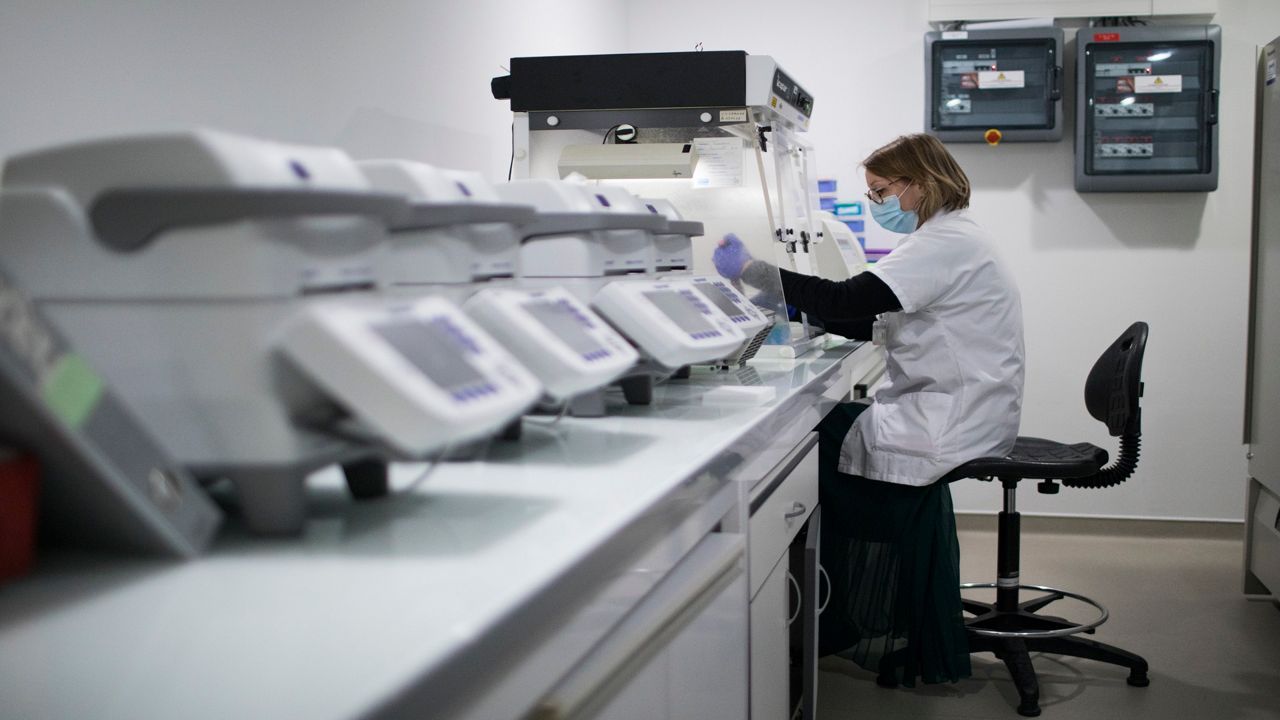 “As more and more people get infected — not necessarily in the U.S., but across the world — there's more and more opportunities for the virus to evolve and change, and my concern is that one of those mutations could cause more problems, either more virulence, or a harder time detecting it with our tests,” he said. “I don't think that has happened yet, but there's concern.”

For the near future, the B.1.1.7 variant is expected to remain the most prevalent in Ohio, Rhoads said. Fortunately, authorized vaccines have been reported to have strong efficacy against the variant.

The Biden administration announced earlier in the month that it would invest $1.7 billion in a new effort to monitor and fight the newest and possibly dangerous strains of the coronavirus circulating in the U.S.

The new investment — which comes from the coronavirus relief bill passed in March — includes $1 billion to expand genomic sequencing of COVID-19 strains throughout the country. The rest of the funding will go into research and better infrastructure to monitor virus variants in the future.

Rhoads said these investments in sequencing are critical to heeding off a more contagious variant should it arise.

“It would be helpful for both clinical labs and public health labs to have more resources for sequencing and characterizing this virus,” he said. “The goal is to really create an infrastructure that we can rely on, not just for the current pandemic, but going forward to help us understand emerging threats to healthcare in terms of the pathogens that show up new, or are changing.”

The future of variant-tracking will include the use of less sophisticated tools for detecting variants without sequencing the full genome, alongside the “high throughput” sequencing of the whole virus. PCR assays are becoming more available to identify mutations associated with the prevalent variants, he said.

“Some places are using that to screen to get a feel for what's happening in that one virus, and then subsequently, they can decide whether or not they want to analyze the entire genome, or not, based off that screen,” he said. “More and more of those types of PCR tests will come along, and we'll have to figure out exactly the best way to use them and how that fits into the workflow.

The variants discovered in the U.K. and in California can be easier to detect, because some PCR testing, including a widely used Thermo Fisher test, can essentially offer a hint, known as an S-gene target failure, that a sample may be either of those variants, Rhoads said.