Vaccination pace disappoints despite J&J restart: 'As if somebody shut off a faucet'

COLUMBUS, Ohio — Pharmacist Mark Johnson had 10 doses of the Johnson & Johnson (J&J) shot left over at Village Pharmacy in New Middletown, Ohio before the vaccine was paused on April 13.

But since reauthorization of the single-dose shot last week, the independent pharmacy has only been able to find three takers.

To even get to three, it took multiple days of revisiting the pharmacy’s vaccine request list to see if anyone had been waiting for J&J to come back.

“We have signs up in our store for the vaccine, a sign outside of our store, and right now there just seems to be very little interest in getting a COVID vaccine,” he said. “It’s disappointing.” 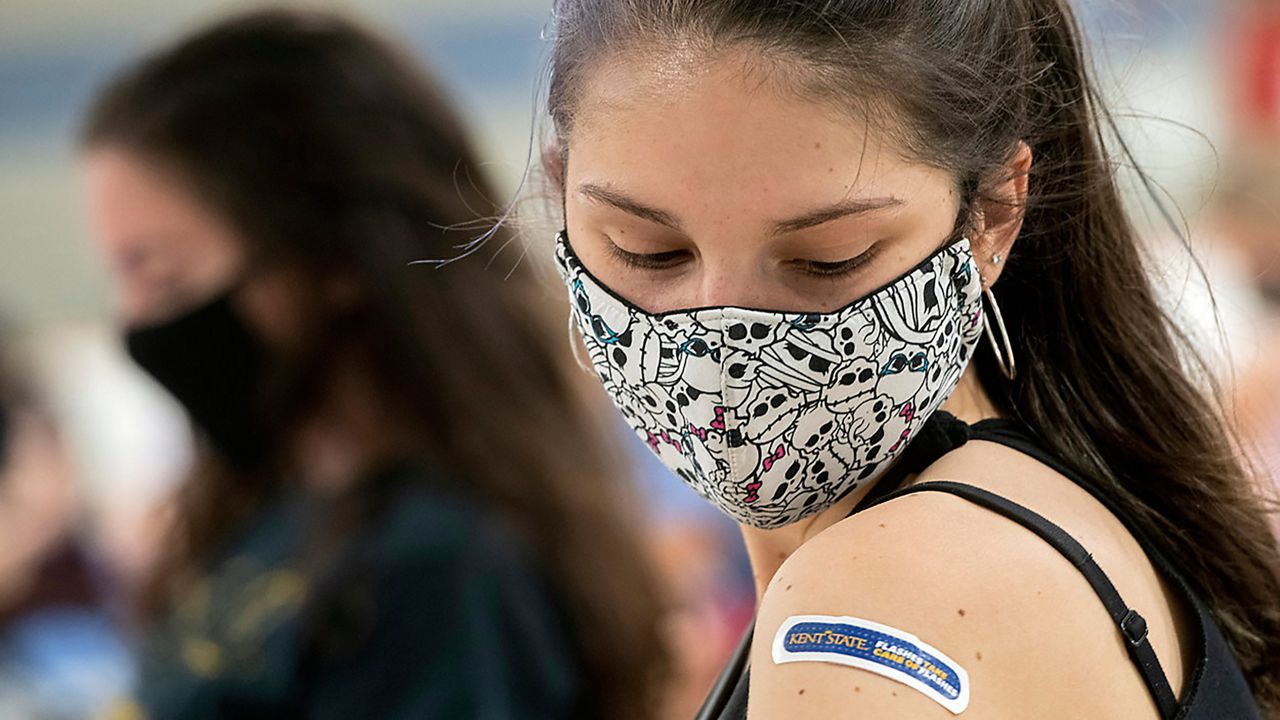 On Monday morning, Ohio health departments convened for a weekly virtual meeting with the governor. Department after department shared they were encountering vaccine hesitancy and a lack of demand for shots, even with more options now available to residents since the restart of J&J, said Eric Zgodzinski, the health commissioner of the Toledo-Lucas County Health Department.

“Everybody who got online to kind of give an update said the same thing: Definitely supply is outpacing demand,” Zgodzinski said.

The pace of vaccinations in Ohio dropped in half in a three-week period, Gov. Mike DeWine told CBS Sunday.

The demand for vaccines has not been the same in Ohio since the J&J vaccine was paused, Zgodzisnki said. The department went from a pace of administering 2,000 doses or more at a given clinic, to about 200 to 300 people showing up now, he said.

“That is a sharp drop off,” he said. “It’s as if somebody shut off a faucet.”

Most providers in Ohio are waiting to resume vaccination with J&J, so those searching for J&J appointments could face difficulty for a few more days. The large pharmacy chains in Ohio have yet to open appointments, and other options remain few and far between.

When J&J was paused, Zgodzinksi said a number of people with appointments told the health department they would hold off on an mRNA vaccine and wait till J&J came back online.

He said he hopes to see some of that population at a J&J clinic Friday, April 30 at the Lucas County Rec Center in Maumee, which will continue into Saturday with both J&J and Pfizer offered. Waiting a week made sense to give people some time to “digest” the return of J&J, he said.

“We're trying to figure out the best way to roll this back out. It would have been a little bit too early at the beginning of the week to have all our ducks in a row," he said. 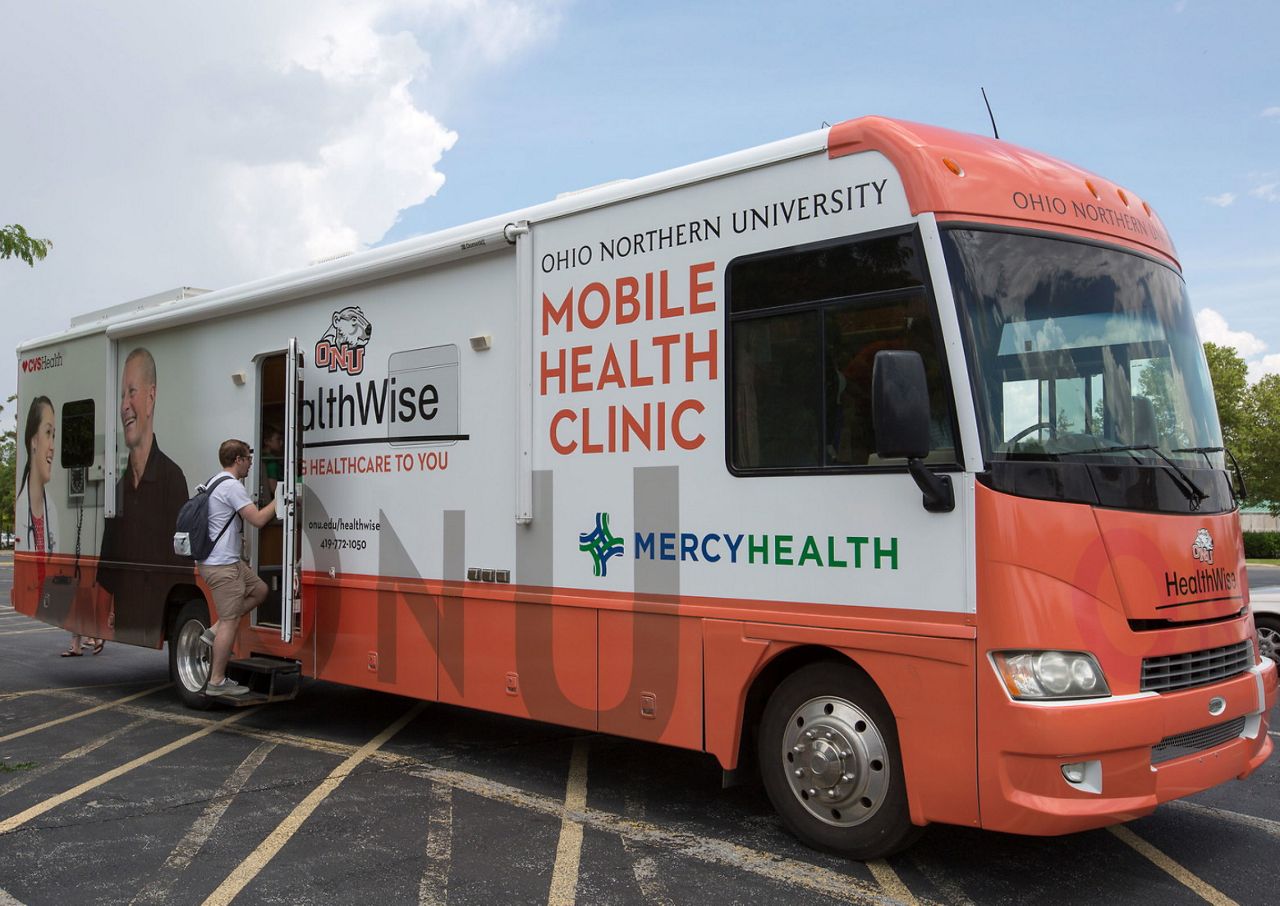 “When the state approached us about being a mass vaccination provider, they really wanted us to use the J&J product because it's one and done,” said Steve Martin, the dean of the Raabe College of Pharmacy.

Up until the J&J pause, the operations were exceeding expectations, Martin said, and appointments were filling quickly in all six counties being served by the clinic at 10 sites.

When the mobile clinic had to switch to Moderna while regulators reviewed investigations of rare blood clots associated with the J&J vaccine, Martin said ONU couldn’t maintain anything near the same level of sign-ups.

The 10-day pause surfaced vaccine hesitancy that was an undercurrent in the population, Martin said, noting that prior to the pause, J&J was popular among those who were hesitant about mRNA vaccines.

This week, Martin said ONU did not request any J&J doses because it has almost 3,300 on hand from before the pause.

“I've got enough to get me by at least another week and then probably a little bit longer. The demand has been down, I mean, since the pause it has really dropped off sharply. We haven't gone through all of our supply of Moderna that we had hoped to go through,” he said.

According to the Ohio Department of Health, when the pause took effect, officials estimated providers in Ohio had about 245,000 unused J&J doses that they were asked to store, spokesperson Alicia Shoults told Spectrum News.

Shoults said information is not yet available at this time on how many new J&J doses are expected to be shipped to Ohio, or how the state will resume mass vaccination clinics that were disrupted by the J&J pause.

According to a Washington Post-ABC News poll released Monday, 73% of unvaccinated Americans are unwilling to get the J&J shot. Dr. Stephen Blatt, the medical director for infectious diseases for TriHealth in Cincinnati, said it’s clear from a risk-benefit perspective taking the J&J vaccine is wise as the risk of clots is very rare. 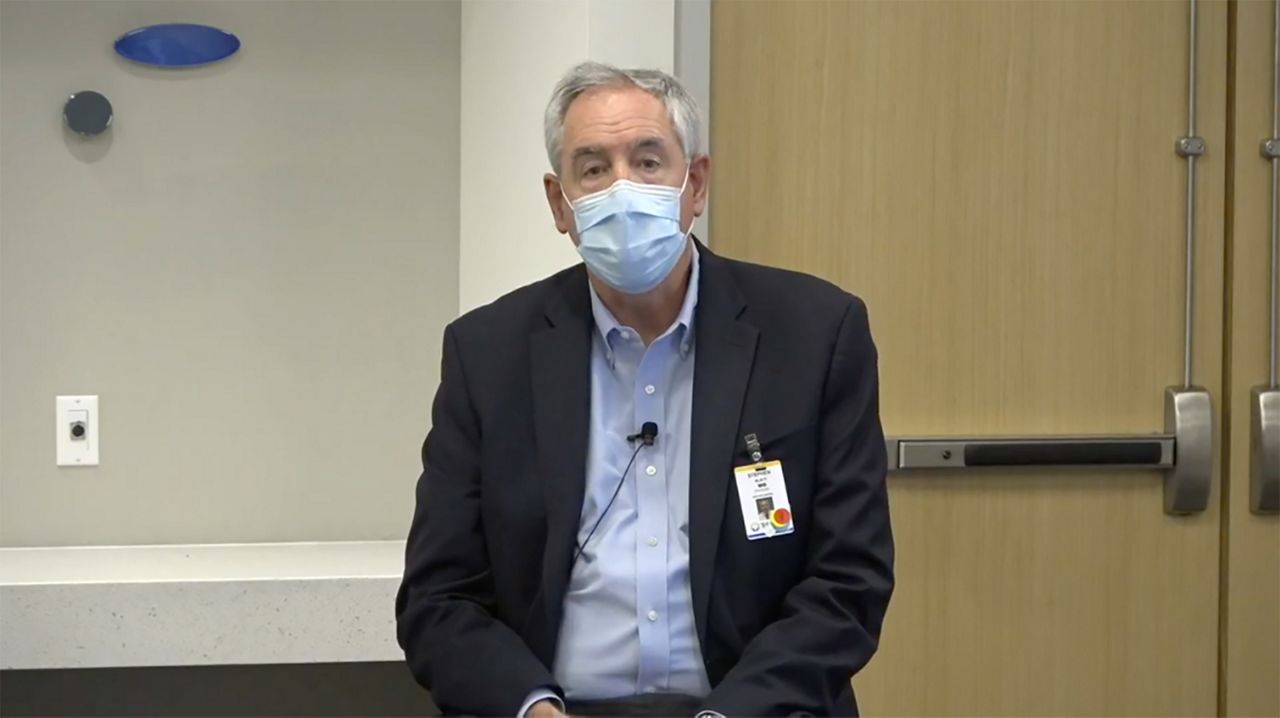 “The Johnson & Johnson pause was a good idea in order to make sure that there weren't a lot of unreported cases out there. It turned out there weren't, and so the vaccine safety program worked very well,” he said.

The Health Collaborative, which is the regional health business board in Cincinnati involved in coordinating hospital and health department response to the pandemic, convened Monday for a discussion of the J&J restart to ensure that providers in the area have a unified approach, Blatt said.

“Everybody wanted to review the data that the FDA and the CDC put out — to know what was in the new warning label, to make sure that they can inform patients appropriately of that,” he said.

TriHealth has a couple thousand leftover doses and is awaiting the recommendations of the Health Collaborative on getting them back in circulation. Blatt said a limited additional J&J allocation could arrive later in the week.

Among the other Ohio providers that have announced plans to resume J&J administration, Columbus Public Health said it will offer J&J doses this week on Tuesday, Thursday and Saturday. The Dayton & Montgomery County health department said it had 1,000 J&J and Pfizer appointments available for Wednesday, April 28 and 750 appointments available Saturday, May 1, at the Sinclair College of Centerville.

Providers will give patients new printed fact sheet information about the J&J vaccine, updated with the rare risks of thrombosis, the blood clotting complication. Martin said they will briefly mention it with people who come in for appointments.

Blatt said men and those 50 and older do not have much to worry about. For women under 50, the J&J vaccine is still recommended and women should just be aware of the complication. It occurs in a vein near the brain and can be indicated by the onset of headache, leg swelling or shortness of breath typically seven to 14 days after vaccination.

Hospitals will treat clots with blood thinning medications, but the medication that should be used is different than the typical blood thinner hospitals use, which contain heparin and can worsen the condition of patients experiencing this clotting, according to health officials.

As demand for immunizations fades, Zgodzinksi said providers across the state are reducing the number of COVID-19 vaccine doses they request each week, which requires a careful calculation to avoid over-requesting, as the drugs require proper storage and have a shelf life.

With vaccines more plentiful, Ohio providers received updated guidance over the weekend from the state to avoid unused doses going to waste. In the event a surplus is expiring, the state can coordinate “transfer of vaccine to other enrolled providers” when 20 or more doses are at risk of going to waste, the guidance reads. 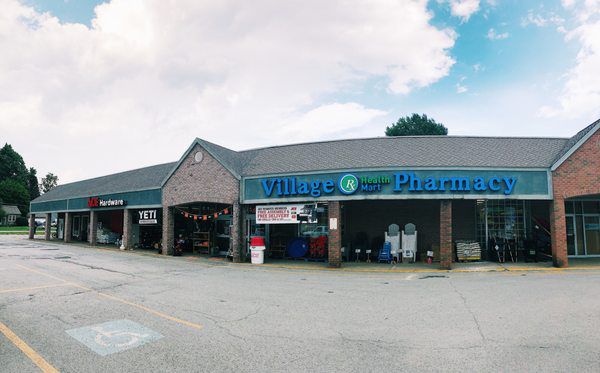 With seven more slots available for J&J, Johnson said it’s hard to see how the J&J restart will make much difference in the rollout with less demand.

“There's not enough demand to say one way or the other if people are backing off from Johnson & Johnson. To me, they're backing off of everything,” he said.

Johnson said the U.S. is fortunate to have enormous resources, and science has offered a way out of the pandemic, but now he’s losing faith that herd immunity is on the horizon.

“You're talking 200 million doses of COVID vaccines have been given in this country and there's been three deaths,” he said. “It just makes no sense when two out of 100 people who get COVID die, and people are concerned about three out of 200 million who had a side effect. It confounds me actually, just leaves me with my mouth wide open. I don't understand.”