As Travel Comes Back, Here's Where You Can Fly From Ohio During COVID-19

COLUMBUS, Ohio — When summer rolls around, the number of nonstop flight routes for travelers in Ohio is expected to be nearly the same as pre-pandemic levels, but the service map will look different, officials said. There are also fewer flights operating back and forth from business destinations, officials confirm.

Nonstop flights are expected to operate to 14 different destinations in Florida this summer from the Cincinnati/Northern Kentucky International Airport (CVG), with more than 200 weekly flights.

“This is unique for our size of airport and is more than a 50% increase compared to summer 2019,” spokesperson Mindy Kershner said.

The trends are occurring across the state. Frontier Airlines in a news release Tuesday said it will begin nonstop flights between Cleveland Hopkins International Airport (CLE) and Atlanta on June 11, the latest of many recent announcements of more service to warm states.

It follows a major announcement from United Airlines that the company is offering new service beginning just before Memorial Day from Cleveland, Columbus and Cincinnati to meet the surging demand for leisure destinations.

In Columbus, other routes coming back include the following:

“These new destinations that we're seeing are starting to show that travel is coming back and that it might be a little bit different than it was before the pandemic,” said Sarah McQuaide, a Columbus Regional Airport Authority representative.

Internationally, Latin America destinations are expected to be popular this summer because the region is more open for travel than other parts of the world. United will fly more than 100% of its pre-pandemic schedule to Latin America this season, according to the airline.

As a result, more routes from Ohio will service connecting hubs, and nonstop routes to Cancun will be busy, Ohio airport officials said.

“Leisure destinations are coming back first, especially destinations in Florida,” McQuaide said. “We all live in Ohio and we want to get away from the gray skies and go somewhere with a beach and ocean.”

CVG expects to have 53 nonstop destinations this travel season, just shy of the 54 it had before the pandemic, Kerhsner said.

In Cleveland, there's a mix of returning flights -- routes that were paused -- and new flights being added. The number of destinations from Cleveland could increase by nearly a quarter into summer months, according to airline data.

Airlines are hoping to ride the momentum from a spring break travel surge into the summer. In Columbus, average departing passengers rose to 6,400 in March during spring break — close to half of the airport’s pre-pandemic spring break levels, even though many Ohio colleges did not have a spring break, including Ohio State. 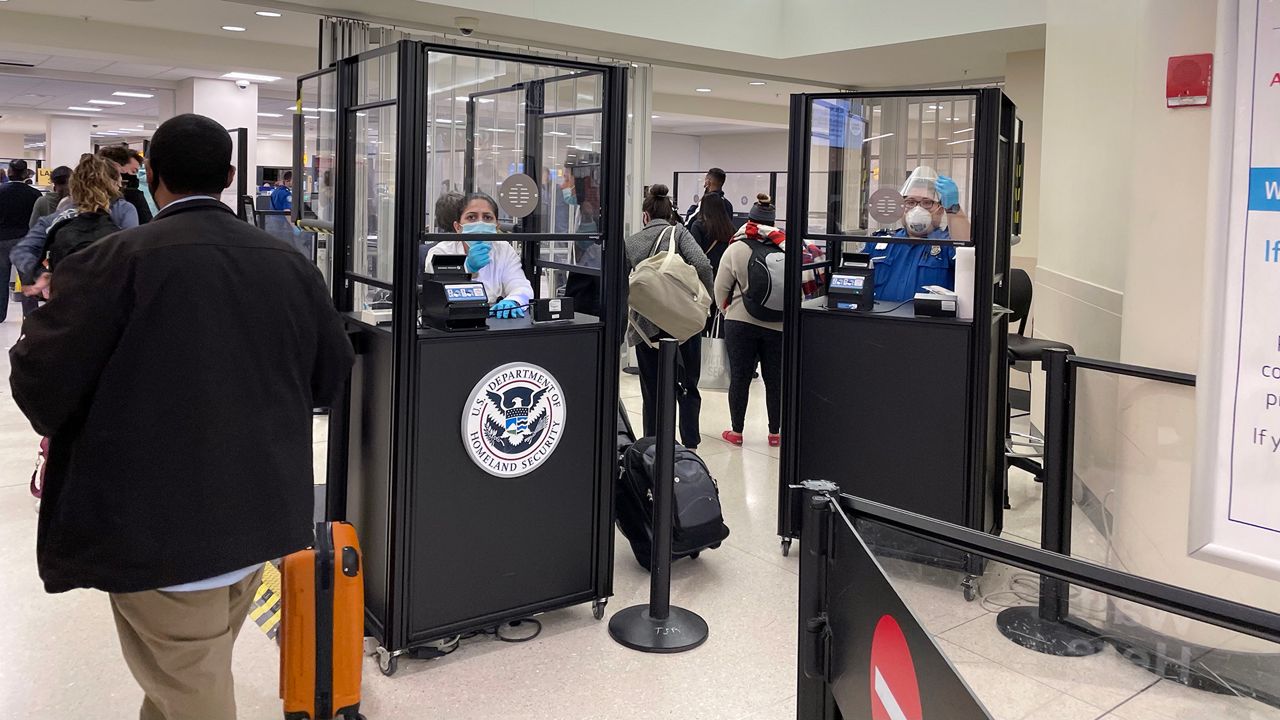 Travel makes a come back

With the Centers for Disease Control and Prevention issuing guidance that vaccinated people can travel again, McQuaide said air travel could boom later in the spring when everyone has had the opportunity to get fully vaccinated. Ohio officials have predicted vaccines will be easily available to everyone 16 and older some time in April.

Toledo-based travel agent Dianne Cordell of Central Travel said Mexico, the Carribean, and Florida, as well as coastal southern states, have been among the hot destinations for Ohio residents.

“People wanted out of here. They just wanted to go somewhere and do something after being quarantined and locked down for over a year,” she said. “They wanted sand under their feet, and they wanted to get away. They had been cooped up, so Florida, Arizona, Alabama — anywhere that had a beach that was warmer.”

Slowly, Ohioans are beginning to book cruises again. Options are still limited, but Ohioans can make plans for cruises out of Nassau, the Dominican Republic and Saint Barthélemy, she said.

“I think in the weeks to come, we’re really going to start to see a big change,” she said. “People are just waiting for Europe to open.”

“The important thing to remember is existing carriers may not be flying at the same capacity as pre-pandemic, but they are increasing capacity and/or number of departures as travel demand increases,” Kershner said.

Zack Johnston, 34, a Columbus native who lives in Oakland, was still in flip flops Tuesday evening, returning from a month-long trip in Costa Rica, where he spent two weeks taking a permaculture course followed by a two-week Caribbean vacation.

Johnston said he will be back and forth between Ohio and Oakland this spring, which will require a connecting flight since most nonstop service between California and Ohio is still on pause.

“I'm jumping all over the place,” he said. “They're just doing a little bit more spacing on some of the seatings. This was the first flight I've been on where actually you were sitting next to a stranger.”

People who feel comfortable traveling are enjoying fares at the lowest level in a quarter century, Kershner said.

Johnston, who isn’t interested in a vaccine even if it becomes required for international travel, said for now he feels safe with the protection of masks and protocols like the rapid test he and other travelers had to get in Costa Rica.

Airlines are once again booking middle seats, but at Ohio airports many other COVID-19 protocols remain in place. Passengers will notice plexiglas at TSA checkpoints, UV-cleaning technology for escalator handrails, teams conducting enhanced disinfecting with sanitizer sprayers, and stations to wipe down luggage and personal items. In Cleveland and Cincinnati, passengers can get rapid COVID-19 tests at the airport if it’s needed for crossing borders. 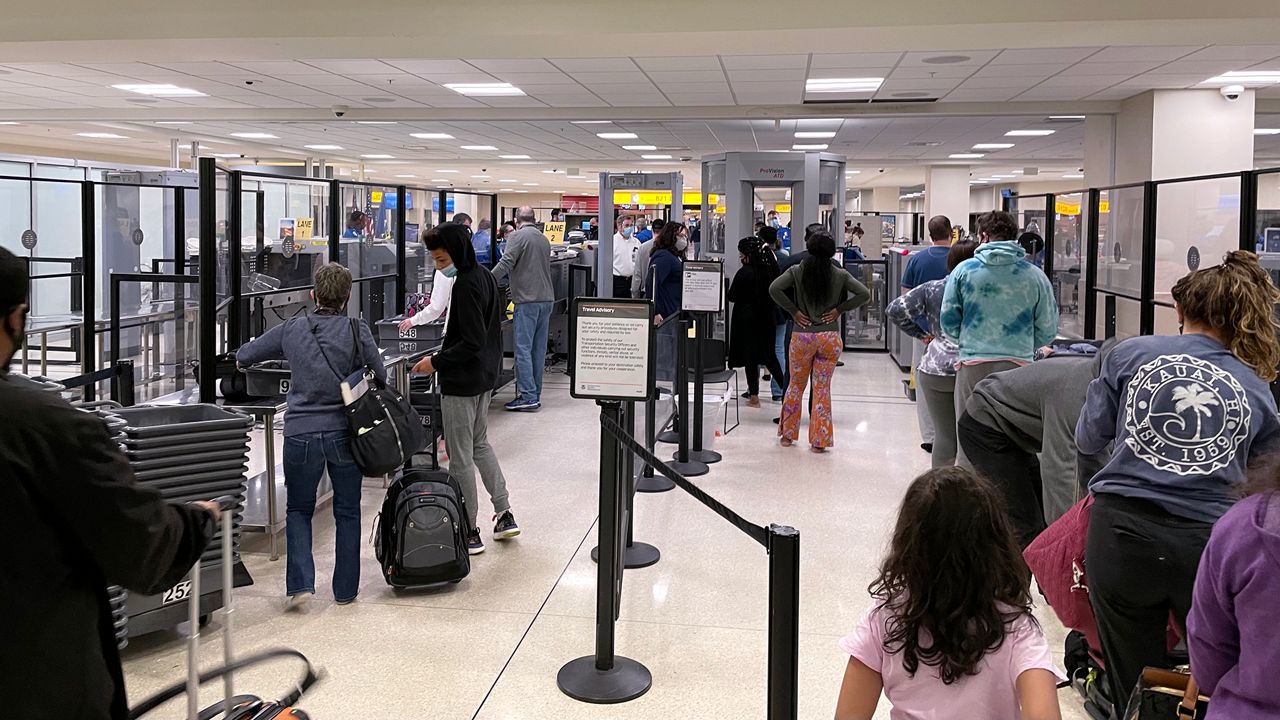 With the Biden administration pleading for greater vigilance to avoid a fourth wave of the virus in the U.S., the timeline of a full return to normal for the travel industry is impossible to predict, officials said. After vaccination, some people still feel uneasy about plane travel, especially seniors at high-risk.

Dr. Neil Mehta, a primary care internal medicine physician at the Cleveland Clinic, who sees geriatrics patients, said airplanes have great ventilation, but he is still advising his patients to be careful if they are going to take a trip. It’s unwise for seniors to take chances with this virus, he said.

The main risk with air travel is when you are sitting at the gate before they turn the ventilation on, as well as when food and drinks are served, he said. Seniors should also avoid high risk situations once they land in their travel destination.

“It’s what happens around the travel — taking a cab and traveling with someone who may not have a mask on, or the shuttle bus where there are 50 people,” he said. “Those are the big concerns.”

Mehta said going to the beach is low risk as long as you avoid any crazy crowds, especially for vaccinated people for whom there is very low risk of catching the virus, and even lower risk of hospitalization or death.

“For seniors, they have sacrificed so much to get through this pandemic, and they've stayed away from everyone that they would have loved to hug, and share a meal with, and they've spent almost a whole year doing this. So clearly, after vaccination they would hope that things would change,” he said.

But until greater immunity is reached and the U.S. gets the pandemic under control, Mehta said vaccinated people should avoid crowded areas where people aren’t wearing masks.

“I would tell my seniors that, you know, you waited a year. Don't spoil it with a couple of weeks of impatience.”

Editor's note: The average departing passengers (in Columbus) has been corrected to reflect the change from 5,400 to 6,400.