Staying In Motion With Parkinson’s Disease

CLEVELAND — Rob Felber is a client of InMotion, a nonprofit in Beachwood dedicated to helping people manage their Parkinson’s disease through exercise, therapy and support. He goes there nearly every day to get his daily workout in.

“I’m just working hard. It’s not different from anybody else exercising,” said Felber.

But he doesn’t just go every day to work on his body since summer is fast approaching — he goes because exercise is his main form of medicine.

“Exercise is medicine (and) is the only thing that has been proven to slow or, possibly, reduce the progression of Parkinson's,” said Felber. “I have four jobs. I'm on a couple of school boards. I have my own company. But you know, the physical training and what we do here is like my fifth job. It has to be done every day.” 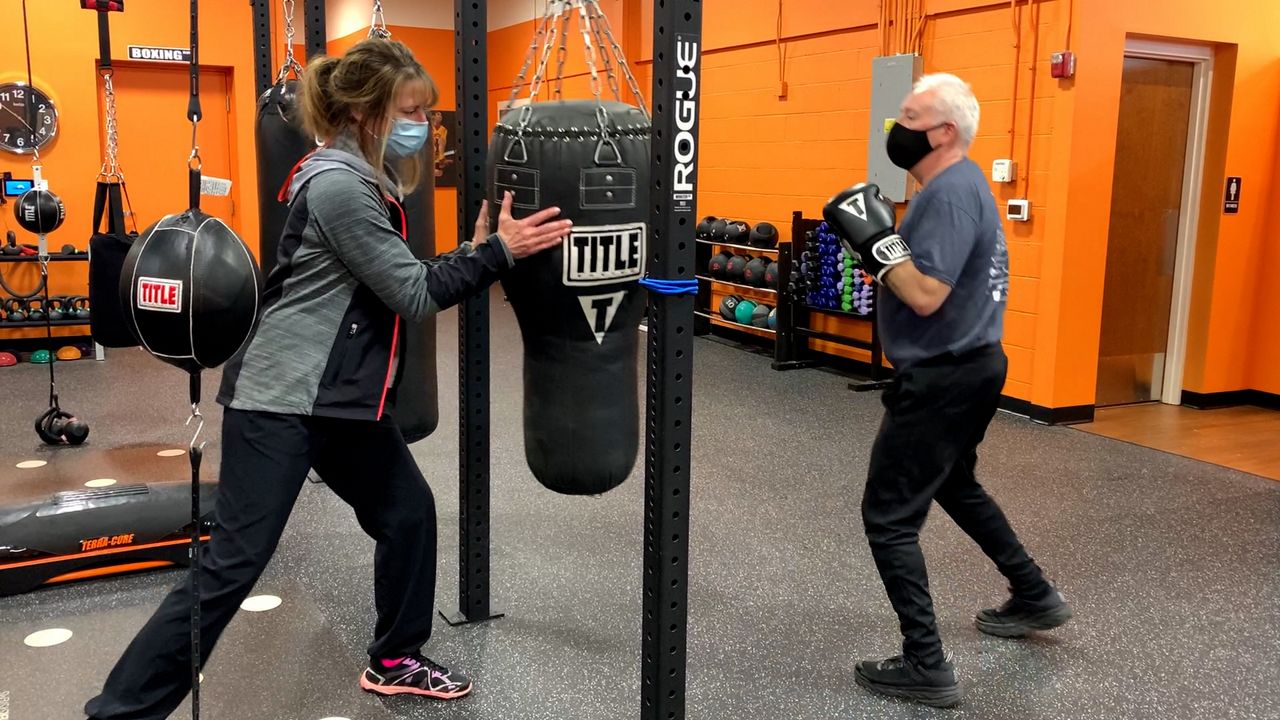 Felber lives with early-onset Parkinson’s disease. He’s 55-years-old and experienced symptoms at different times earlier in his life, but really became aware when a tremor in his right hand came around the age of 49.

Parkinson’s disease is a neuromuscular disorder that is chronic, progressive, and currently has no cure.

“I’m left handed, but my tremor is on my right so my right hand isn’t as strong. It tends to get the signal messed up at times,” said Felber.

To continue moving his body and fighting his symptoms, he goes to InMotion.

“What I'm trying to do is change my brain — what's called neuroplasticity, find new pathways in the brain. I do that in physical therapy. I do that here, and we're just trying to force new ways so that, you know, I can move beyond the issue,” said Felber.

With the help of his coach, Sandy Ellis, who is a boxing, cycling and certified inclusive fitness instructor, Felber works to improve his symptoms.

“We do assessments every six months, so we can see the improvements, the overall improvements in their physical capabilities," said Ellis. "And definitely just coming to the gym. I mean, you see them come in the gym and then within minutes they're smiling, laughing, talking to each other. It's just like Rob said, the camaraderie of the community here at InMotion is incredible."

April is Parkinson’s Disease Awareness Month, but Parkinson's disease is a 365-day issue. 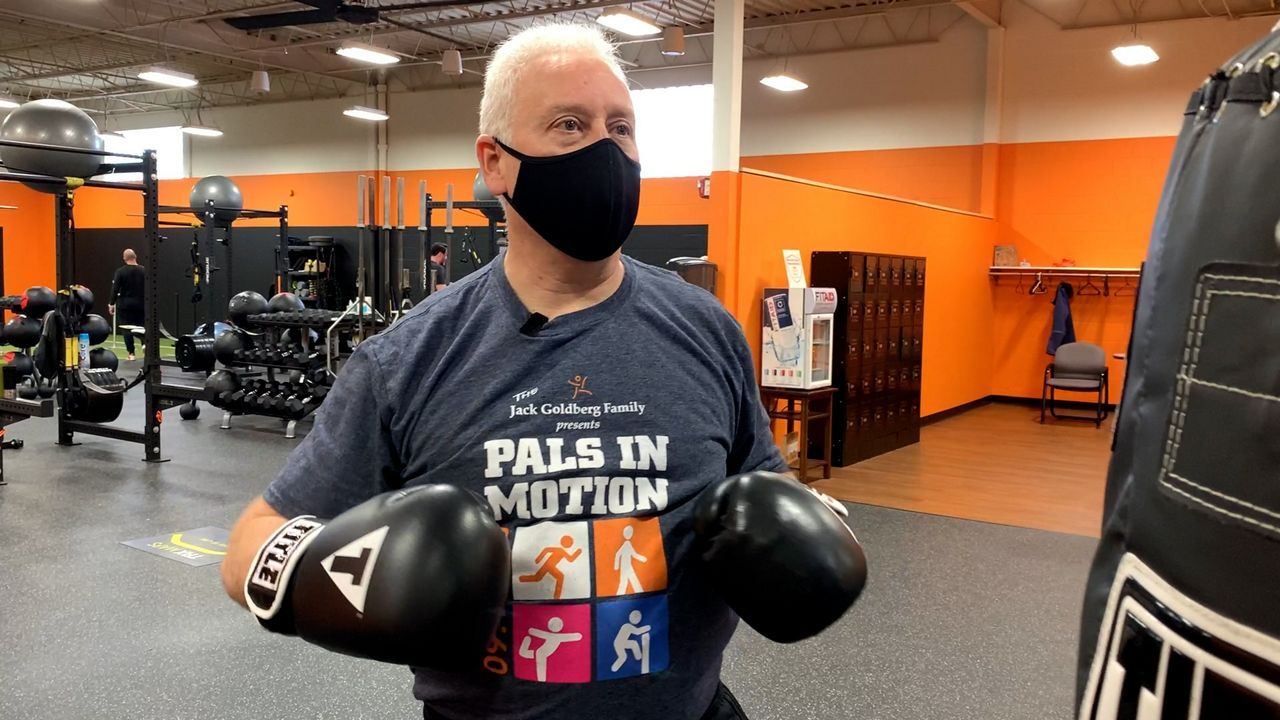 Felber started going to InMotion in 2017 and said he has led a better life ever since. When he first started going, he wasn’t vocal about his Parkinson’s. InMotion helped him gain the confidence to overcome fear of judgement from others.

“It was like a weight was lifted when you can remove the stress of hiding and the stress that I was putting on my family for saying, you know, don't tell anybody. Kep it quiet,” said Felber. “Without InMotion, I'd probably just be out in a sea by myself, not knowing what to do. Not just learning from my, you know, fellow boxers fellow, Parkinson's but, you know, teaching each other you know, helps us attack this and feel that we're not alone.”

Through InMotion, he receives support from those going through similar experiences.

“It's a family. We may be jokingly a dysfunctional family that we did want to be part of. But we're here and we're helping each other,” said Felber.

Not only can Felber workout at InMotion, there are a range of services available.

“In addition to boxing and spinning, we offer a better every day, which is our signature class. That's all about building strength and cardio and balance and working on making bodies stronger. In addition to that, we offer a mindful movement, which is a yoga-based class, Tai Chi, art dance, music, drumming, which is a really fun class. And we also offer education and support groups for people with Parkinson's and their families," said Cathe Schwartz, CEO of InMotion. "Literally we transform people. They come in here and they feel the sense of community. They feel supported. They feel like they can do anything when they walk out our doors."

Felber enjoys working out and boxing as he’s able to get his frustrations out. 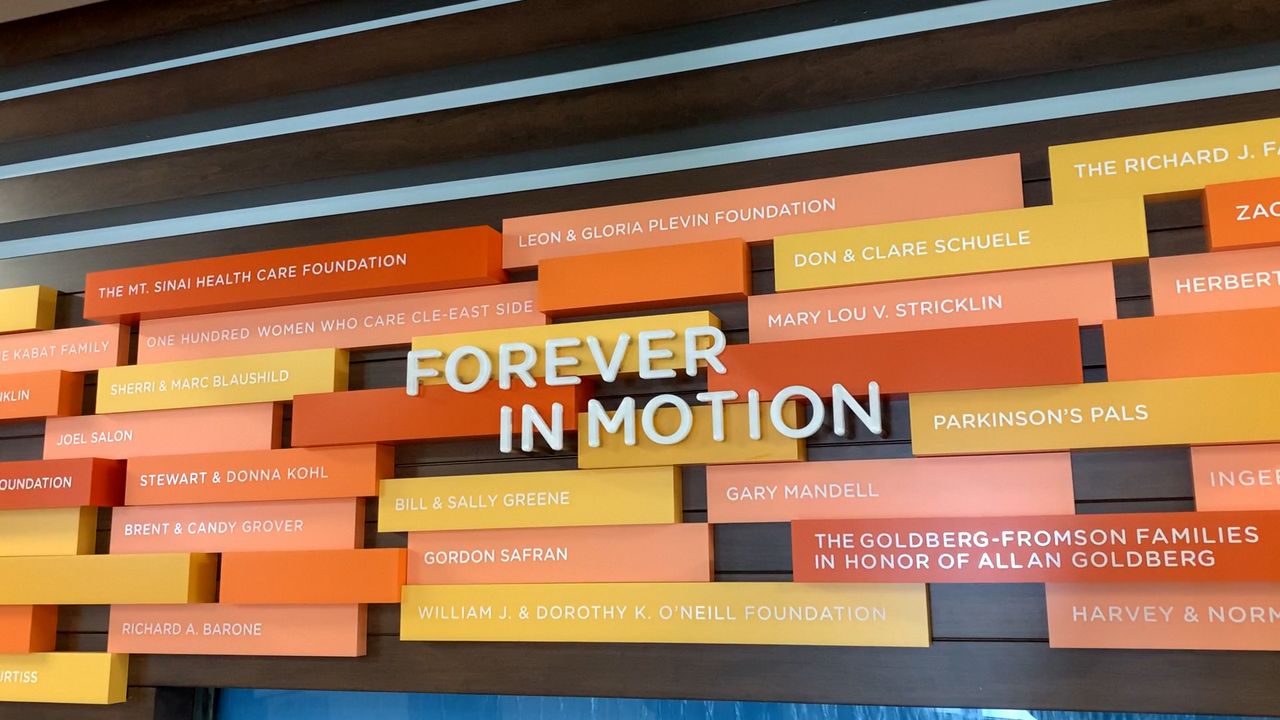 “You know I can’t sugar coat it. It does suck but there’s a lot worse things,” said Felber. “You don’t die from it; you die with it. It’s not a death sentence — a lot of worse things that we can have.”

Felber said living with Parkinson’s is a lot less scary when you’re surrounded by people going through the same thing. Some days are good, some days are bad, but through staying in motion, he stays fighting.

All services InMotion are free to those living with Parkinson’s disease and their caregivers. Many services have been virtual because of the pandemic which has expanded their reach to people all over the United States. For more information you can visit their website.