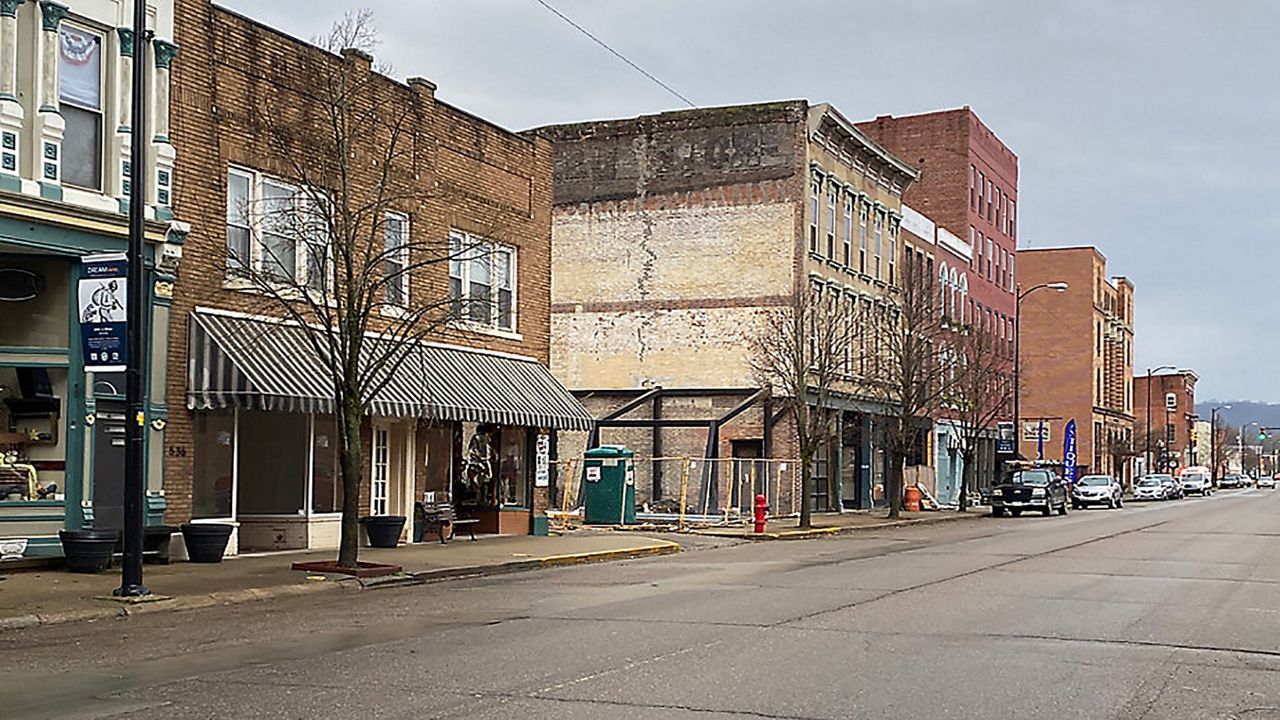 How Skateparks, Bike Paths and Small Businesses Can Change a City's Image

PORTSMOUTH, Ohio — In the heart of downtown Portsmouth, there’s a hunger for change. Along 2nd street, the buzz of construction echoes, you can find figurines dedicated to upcoming development on display at the local pottery studio and the corner bar proudly displays maps and diagrams of the city’s new master plan.

The city of 20,000 wants the kind of thriving downtown district you’d find in Columbus or Cincinnati, with streets lined with small, locally-owned businesses, places to gather and hold events and mixed-use buildings allowing locals to live where they work and play. The town hopes its plan to “Elevate Portsmouth” is a start. 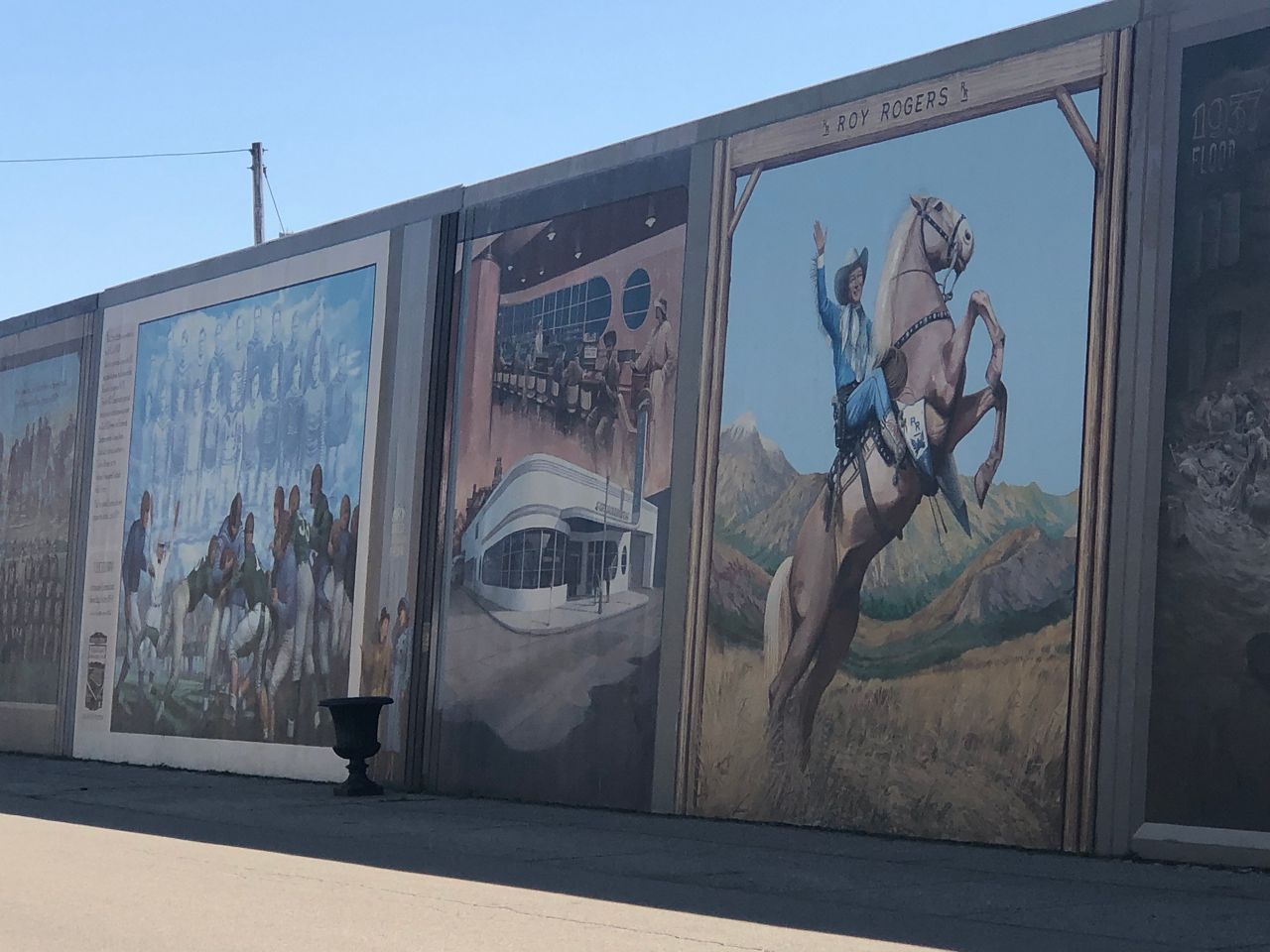 Sean Dunne may not consider himself a tour guide, but as he drives through the streets of downtown, it’s hard for him to resist pointing out all the sites and sharing all the history he’s learned.

“We have the nation’s oldest cycling club which is at the end of the road up the road there,” he said, as he pointed at a small, white building along Front St.

Dunne said this is one of his favorite corridors. One side of the road takes him past historic buildings and the other is lined with 2,000 feet of murals highlighting milestones in the riverside city.

"We go through things like the industrial history of the town,” he said.

These are the attributes Dunne believes that make Portsmouth unique and beautiful, which is why he said there’s so much potential to make downtown a destination.

“You had people creating businesses and services in the downtown, either expanding existing ones or starting new ones,” he said. “Downtown living became more of a possibility. It became both more desirable and more of an option.” 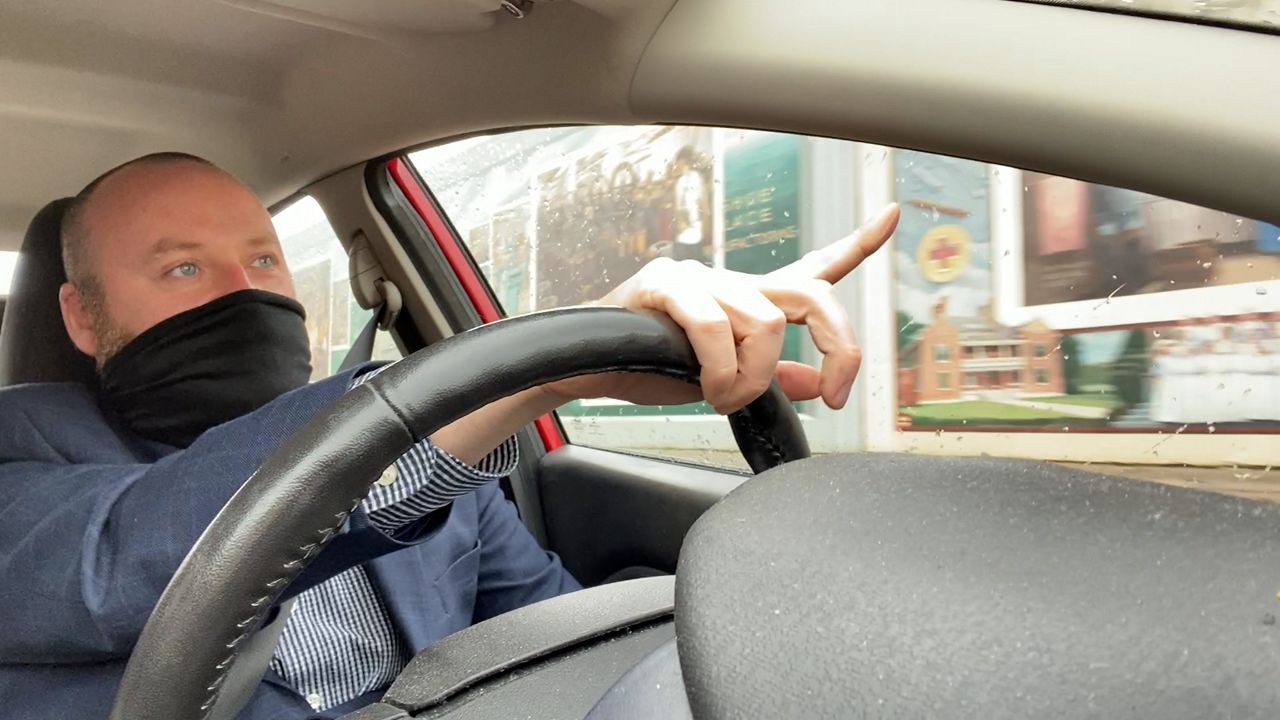 Dunne said the master plan hopes to keep that trend moving in the right direction. City leaders worked with the Scioto Foundation to highlight areas within the city’s existing infrastructure that could spur that growth.

The plan also includes pavilions, walking and cycling paths, target zones for private development. One of the larger sites outside of downtown that’s attracted a lot of interest is Spartan Municipal Stadium, a former NFL venue on the east side of town.

The team played there from 1928 until 1934 when they left Portsmouth and the stadium behind to become the Detroit Lions. Now the master plan is looking to incorporate the stadium as a public venue. 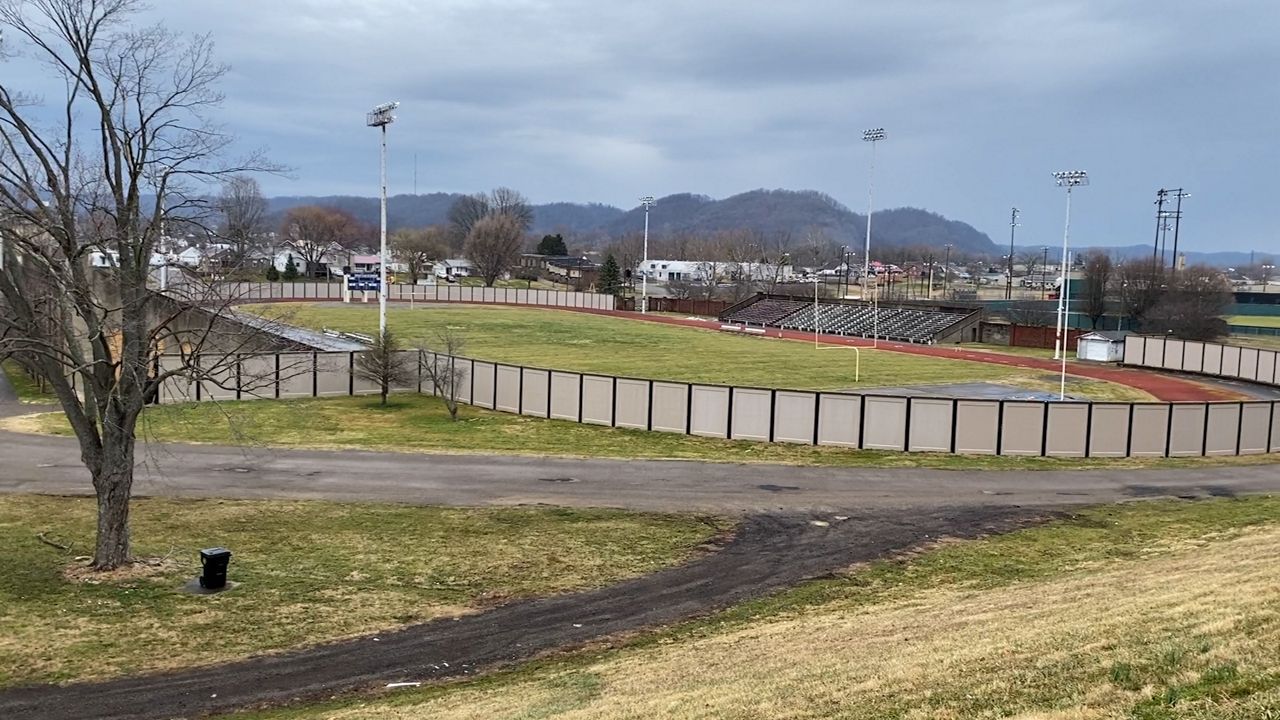 “First of all we want to save the stadium for its history, but it is a great space for community events,” Dunne said.

Dunne’s personal favorite development is a skate park just inside the flood wall.

The skate park was the catalyst prompting his run for city council in 2017, and now as it breaks ground, he hopes it will be the first of many changes allowing Portsmouth to reclaim its image.

“My argument is we have to be very proactive and we have to do as much as possible to give young people things to do, ways to form identities that don’t include drug use,” he said.

For the past 15 years, Portsmouth struggled with its reputation as ground zero in Ohio’s opioid epidemic with Scioto County consistently ranking among the counties with the highest overdose death rates.

The Counseling Center, the area’s largest substance abuse treatment facility, is currently undertaking one of the largest development plans in Ohio in order to serve clients as efficiently and effectively as possible.

To Dunne, however, addressing the problem shouldn’t come at the expense of seeing the city’s potential. Instead, he sees development as a solution.

“Is it a magic fix or a silver bullet? No,” he said. “But we want to do is continually develop new types of activities for kids and other options for kids.”

Private development is the other side of the coin. Back downtown, Cinamon Wellington, a former social worker, West Portsmouth native and now owner of the Happy Pot, is shoring up plans to add apartments above her successful pottery business. 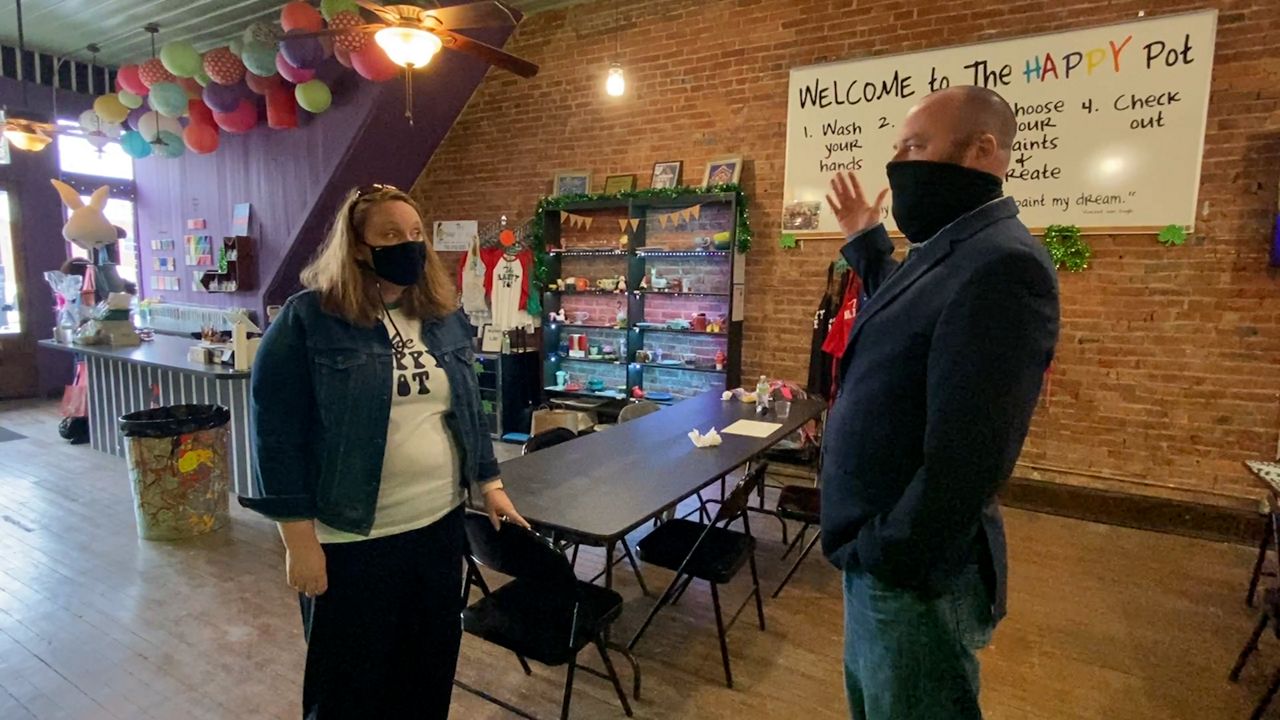 “My husband and I are young professionals, and we decided to use our money to invest back into our community,” she said.

She’s also partnering with The Counseling Center to give people in treatment the chance to create art as a part of their therapy.

“They express their feelings and emotions through art,” she said.

Dunne is fairly new to Portsmouth. He came to town in 2013, taking a job as a sociology professor at Shawnee State University. Before then, he said he’d never heard of Portsmouth

“Actually my interview with Shawnee State University was my first time in the state of Ohio,” he said.

It only took a few years for him to find his place with a large and growing group of people who care deeply about the city. Dunne wanted to use his expertise to help.

“When I started we didn’t have much of a connection between the sociology program and the community and we’ve been able to develop that connection,” he said. 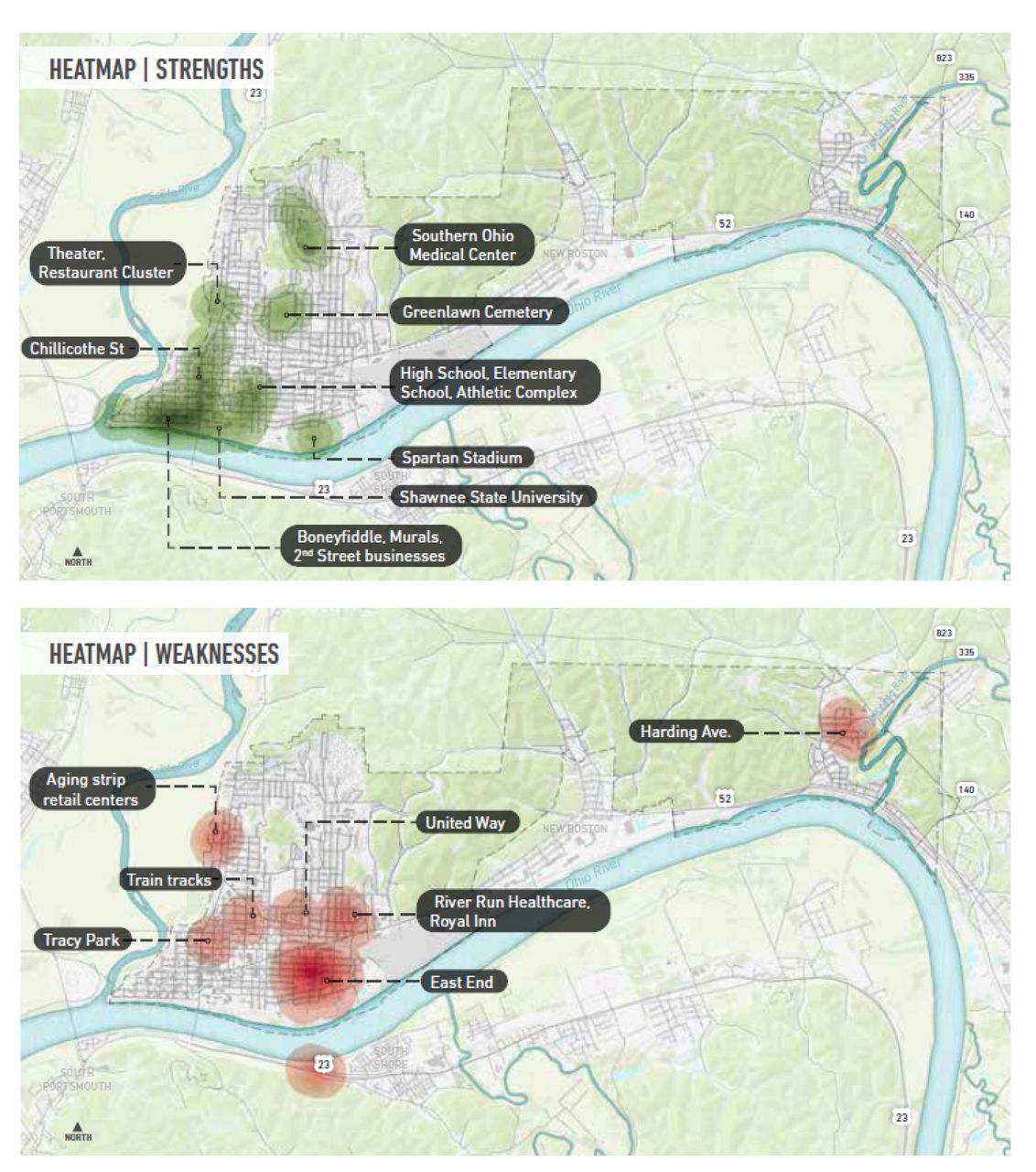 The sociology club began working closely with local leaders, finding ways to make the community stronger. One strategy is reducing blight and encouraging growth and community connection, much like the master plan envisions.

Dunne said the hope is that students will want to stay in town after they graduate and continue that work.

“We’ve had a lot of success getting students involved in the local area,” he said.

Dunne believes passion and opportunities combined with local businesses, parks and places with public events make people proud of where they live. He believes the master plan, combined with the city’s private efforts can do just that and when locals are happy, they make a city stronger.

The first master plan project begins this spring as the city begins work on a multi-use path connecting downtown to the trails along the river.