Making Culture Accessible: How a Cincinnati Artist is Finding Her Style by Highlighting Others

CINCINNATI — On the walls of the Kennedy Heights Art Center, visitors will find relics of the past, in a new light. Every time Lex Nycole walks past a piece of work, she can’t help but smile.

She’s the curator behind the exhibition, “Reflections of the Harlem Renaissance,” a project to pay homage to Black art history and create an innovative learning experience for Cincinnati Public School students. For Nycole though, it was a chance to shine the spotlight back on her peers after a difficult year. 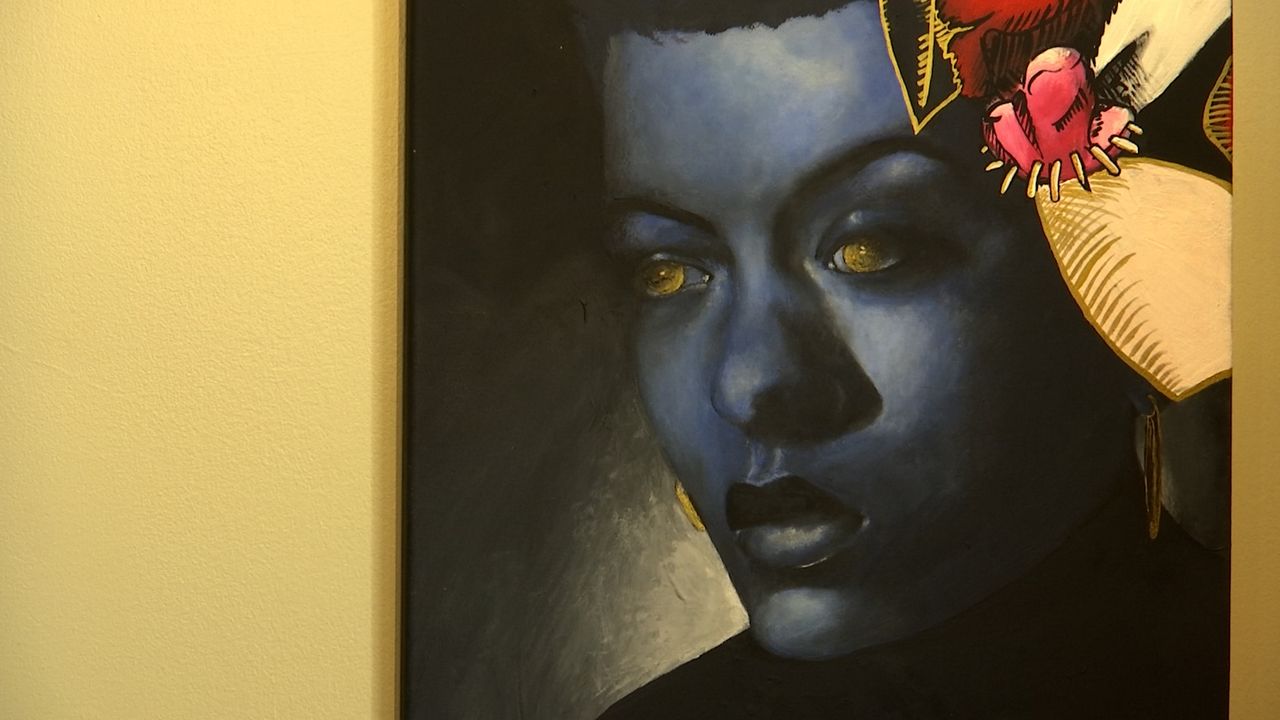 Portrait of Billie Holiday by Asmara

Nycole worked alongside Gee Horton to bring find the artists and commission the pieces, each made to honor artists from the Harlem Renaissance.

From every angle, Nycole said she can find something new to admire like Cincinnati artist, Asmara’s, very blue portrait of Billie Holiday.

“She’s a digital artist, so she doesn’t take to canvas ever,” Nycole said. “That’s why this is just so special to me."

While Nycole won’t choose favorites, another piece she pointed out was a portrait of Ma Rainey and Bessie Smith, on a canvas made of wooden planks. TC Flowers made the piece from scrap wood, plaster and paint.

“He did it with so much character,” Nycole said. 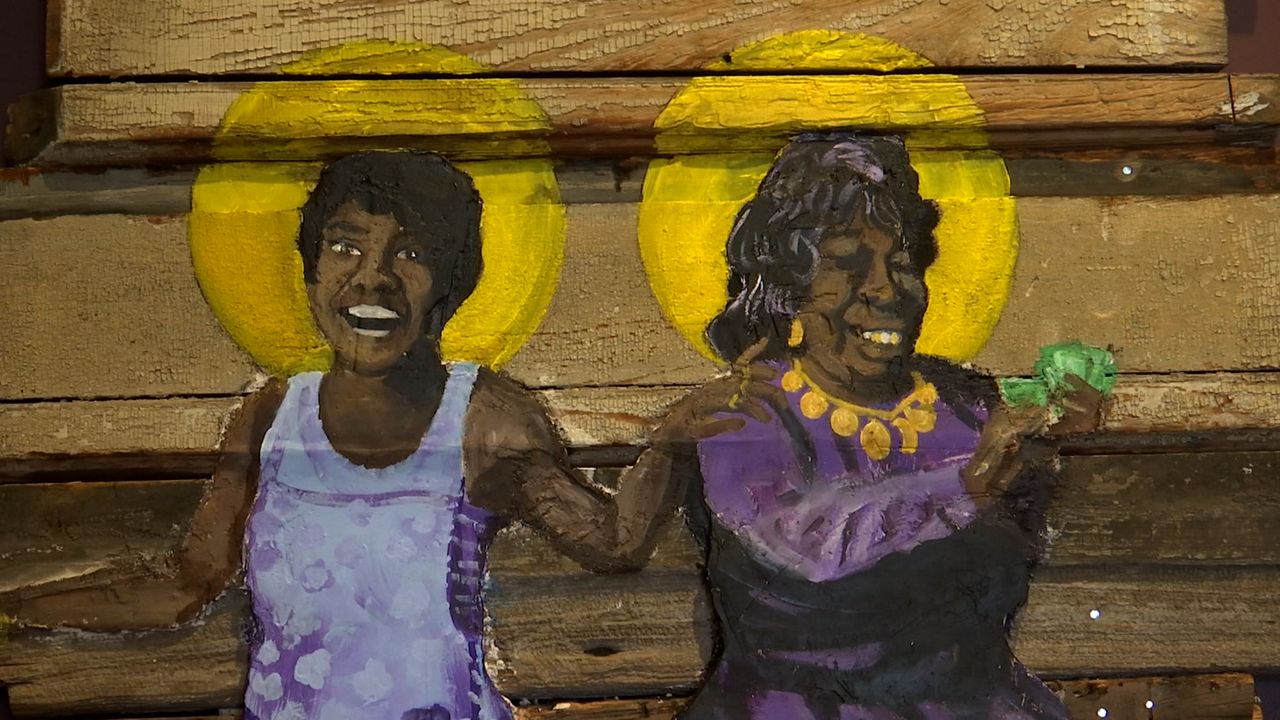 Portrait of Bessie Smith and Ma Rainey by TC Flowers

The piece shows the early 20th-century musicians, celebrating their successes together. Ma Rainey is depicted counting her money, while Smith is smiling and dancing.

Beside each work of art, is a plaque explaining the piece and the artist who inspired it. That’s the educational component, not just telling students who these figures were, but showing them.

As a 26-year-old curating her second-ever visual art gallery however, Nycole believes she likely learned more than anybody. Not just about the Harlem Renaissance, but about its significance to artists today and how a curator can use that inspiration to help artists produce their best work.

“To be able to support them every step of the way was really important to me and honestly inspired me,” she said. “I don’t get to personally create that often not on these types of canvasses and I was just really inspired to see so many different people challenge themselves.”

That is where her next work will debut, a piece called “For the Love of Black Women.” It will be a performance piece in the CAC’s black box theater as a part of the This Time Tomorrow Festival.

“I’ve wanted to do what I’m doing now for the last ten years and then to be able to host a show that is for me, for people who look like me,” she said. “It’s really dream come true honestly.”

The festival is usually an annual festival spotlighting contemporary performance art. Cincinnati debuted the festival in 2019, but 2020s was cancelled due to the pandemic.

In fact much of the CAC has been closed for the past year. Though the building reopened, it wasn’t hosting many exhibitions and floors of the building have been closed to guests for months.

The This Time Tomorrow Festival will be one of the first major events to return, though crowd sizes may be limited based on the public health guidelines at the time.

“I’m grateful because this feels like an opportunity to be able to launch my career and to be able to do it in this institution is such a humbling feeling,” Nycole said.

Her piece will be one of the headliners in early April.

“It’s meant to just be this true real and intimate depiction of Black women and their struggles but most importantly their liberations and everything that they’ve done to get them to where they are now,” she said.

Nycole’s mission as a young artist is to make culture accessible in Cincinnati, in whatever form that might take. Performance festivals are part of that.

“People get to come and see different shows, be a part of something, take away from something,” she said.

Lifting up and learning from other artists is another part. That’s why Nycole believes projects like the Harlem Renaissance exhibition are so important, even if she’s not in her medium.

“It honestly just really inspired me,” she said.

The Harlem Renaissance Exhibition is free by appointment only until March 27.

The This Time Tomorrow Festival begins at the CAC on April 7.