OHIO — In the last decade, 2020 has been the most fatal year for vehicle crashes, according to the Ohio State Highway Patrol. 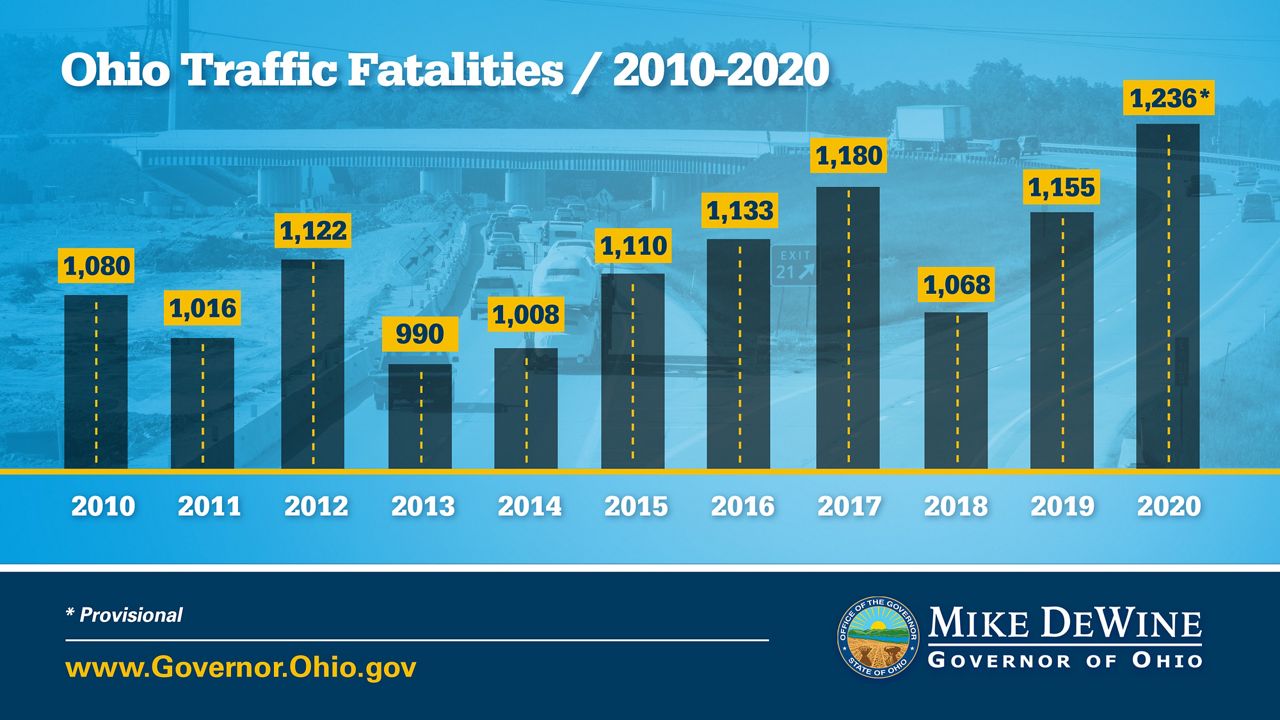 Gov. Mike DeWine is renewing efforts to crack down on distracted driving. Earlier this month, he included a proposal — known as the Hands-Free Ohio provisions — in his two-year budget that would expand the reasons to pull over a driver.

Current Ohio law states police need a reason to pull a driver over, like speeding and expired tags. The proposal would allow police to pull over for someone holding their phone, texting and driving, watching and recording videos, livestreaming and other reasons.

The proposal would make distracted driving a primary offense, which means police won't need another reason to pull them over.

Ohio is currently one of four states that doesn't have enforcement laws for adult drivers using electronics while driving. It is a primary offense for those under 18.

If the Hands-Free Ohio provisions are enacted, there would be a six-month grace period where law enforcement would issue warnings before a citation to help educate Ohioans on the new laws. The Ohio Department of Transportation (ODOT) would also install road signs to alert drivers from other states to Ohio's regulations.

Across the nation, there is a movement to have zero traffic deaths by 2050. More than 70 organizations have sent a letter to President Joe Biden urging him to engage in efforts at a federal level to decrease traffic deaths.

"Our country loses almost 40,000 community members each year as a result of crashes. You know all too well the pain and devastation that comes when someone is killed in a crash," The National Safety Council wrote in the letter. "These are not just numbers — each life is someone’s family, friend and neighbor."

Biden has a personal tie to the issue. His first wife and infant daughter were killed in a car crash in 1972.​​