With 1 Million Vaccinated and Hospitalizations Down, Ohio Could End Curfew

COLUMBUS, Ohio — The state crossed a milestone over the weekend as it reported more than 1 million people have been vaccinated, and officials said they are increasingly confident the pandemic is coming under control.

The state's curfew will expire Thursday if COVID-19 hospitalizations remain under 2,500 between now and then, according to Gov. Mike DeWine.

December and January were the deadliest months of the pandemic for Ohio after death tolls more than quadrupled over the course of a fall surge.

Ohio is still reporting high mortality numbers, but case numbers and hospitalizations have plummeted since the Pfizer-BioNTech and Moderna vaccines came online in mid-December, right at the peak of the pandemic in Ohio.

Immunity in the population from vaccines is building on a significant level of natural immunity in the population. As the state comes down from the fall surge, its dashboard reports more than 920,000 have contracted the virus since the pandemic began, and according to Centers for Disease Control and Prevention scientists, most cases go undetected.

Vaccine administration has lagged behind projections, but state officials and hospital leaders said the vaccines are finally showing meaningful trends in the state’s coronavirus numbers. On Saturday, the state’s dashboard ticked past a million and providers have now vaccinated 8.9% of the population with at least one shot.

The state appears poised to take a significant step toward reopening as Thursday nears, but the message from officials remained that Ohio is not out of the woods yet.

Last month, the governor laid out a plan with specific hospitalization targets for easing back, and ultimately lifting, the state’s 10 p.m. curfew, which had been in effect since Nov. 19.

After seven days of hospitalizations under 3,500, the curfew was rolled back to 11 p.m. a week and a half ago. Under the reopening plan, seven days below 3,000 means a midnight curfew and seven days under 2,500 means the curfew can be lifted.

Prior to Thursday, officials had said each curfew would remain in effect for a minimum of two weeks, which would have meant a midnight curfew taking effect on Feb. 11 and, if the state remained on track, a complete lifting of the curfew on Feb. 25.

But hospitalization numbers dropped more quickly than officials were expecting, and the governor said Thursday he intends to take the curfew off on Feb. 11 if the state is still under 2,500 hospitalizations.

“We’re now at 2,252, so if we continue that, in seven days we'll take a look at it next Thursday, and we may be able to take the curfew off,” DeWine said Thursday. “Now, we don't know what's coming. What goes down can come up. We hope it doesn't, but this virus has taught us that it just has a mind of its own.” 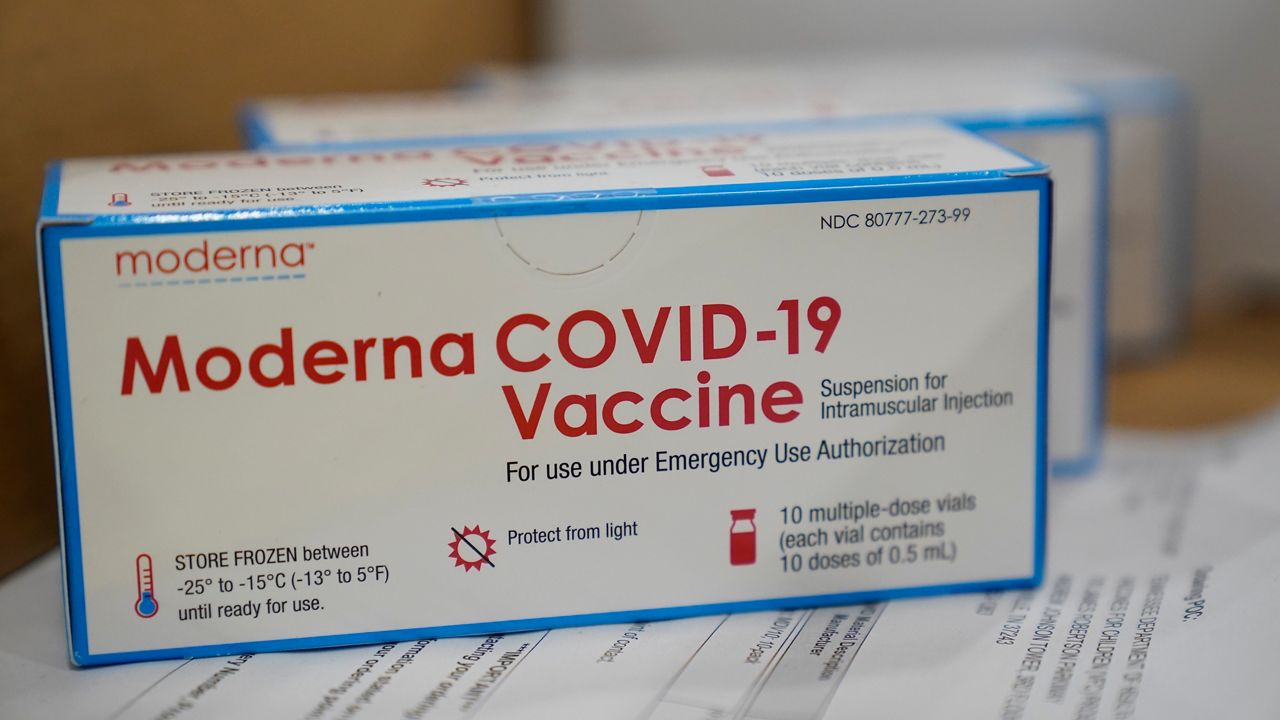 Moderna's vaccine can be stored in a refrigerator at distribution sites.

The city of Columbus and Franklin County’s stay-at-home advisories ended Saturday following declines in local case numbers. Franklin County Health Commissioner Joe Mazzola said in a statement Friday residents should continue to stay home “as much as possible.” He also gave a warning ahead of the Super Bowl.

“We know ‘the big game’ is usually a great opportunity to be with friends and family. We ask you to sit this one out and avoid those gatherings so we can all stay safe,” he said.

Cuyahoga County Board of Health of Commissioner Terry Allan said Friday the county let its stay-at-home advisory expire at the end of last month, and now officials are considering lifting a local curfew ordinance. The county was waiting to see what the state does, he said during a news conference.

Allan said while the curfew may come off this week, the threat from the virus is still severe. He said new strains pose risks to the community and make the future uncertain.

In Ohio’s nursing homes, which have all been visited for second vaccine shots, COVID-19 cases dropped 75% in four weeks, according to the CEO of MetroHealth Dr. Akram Boutros, who addressed the media in a Zoom meeting Thursday morning.

The governor celebrated that news last week, and said nursing home vaccinations are contributing to the lower hospitalization numbers because nursing home residents are among the most at-risk for suffering from severe illness when they contract the virus.

“Cases are going down in our nursing homes as we've been able to vaccinate people,” DeWine said. "What we hoped would happen has happened. We're starting to see a significant drop in cases.”

During his news conference Thursday, DeWine said he is pleased more than half of the state’s residents older than 80 have received at least one shot of a COVID-19 vaccine.

According to DeWine, Ohio is in the top five nationally for vaccine doses administered in nursing homes.

The governor made a call for vaccine providers to step it up when it comes to reporting race data.

He said it is difficult to know how the state is doing when 13% of vaccine records on the state’s dashboard vaccine are listed as unknown race. The governor said each provider is responsible for entering race into the state system, but it’s not always happening.

DeWine said the state can intervene to address geographic and economic disparities in vaccine administration, but to do so it helps to have good data.

“What we're striving for is equity and fairness as this vaccine goes out,” DeWine said.

How Far Out Is Mass Vaccination? 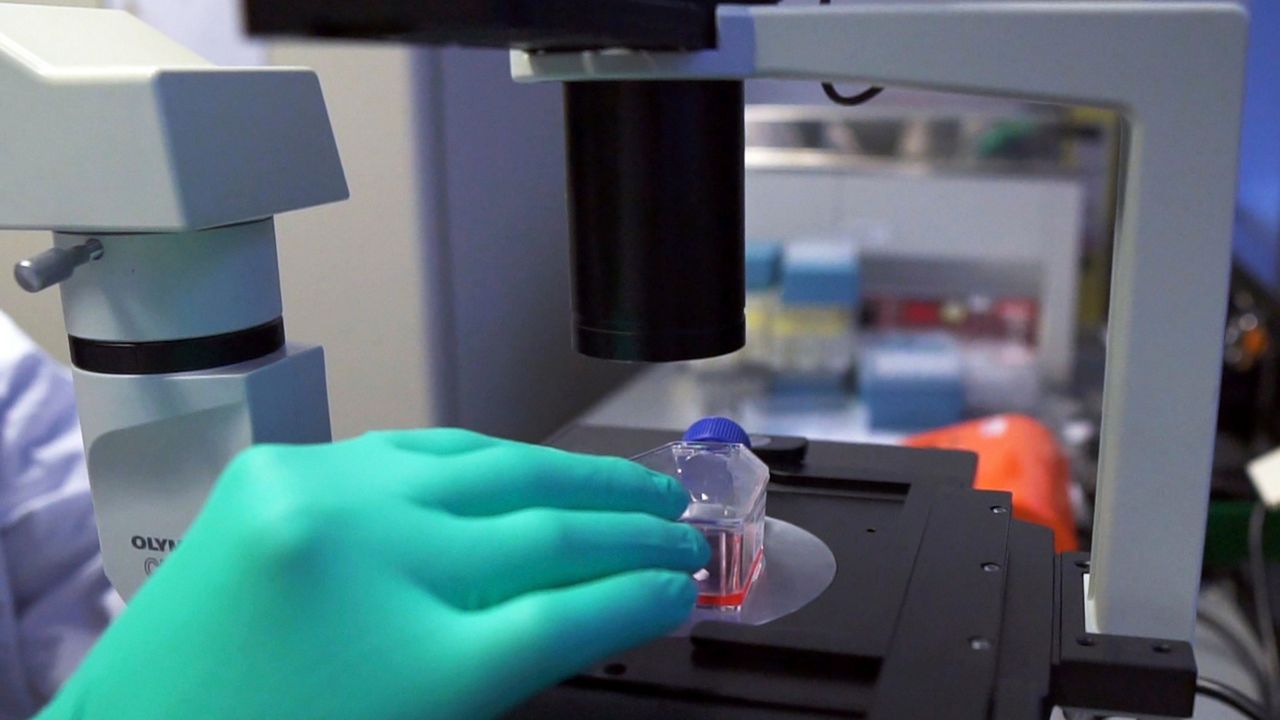 Johnson & Johnson is seeking authorization for its single shot vaccine.

The governor said the state’s approach to vaccines is paying off, even if Ohio is a bit behind peer states that have focused more on speed. “I wish we had enough vaccine to open up Ohio State stadium, and open up big venues, and do nothing but vaccinate 24/7,” he said. But for now, focusing on the most vulnerable residents will bring greater impact out of the limited supply.

The governor said he cannot give a date for general public vaccinations.

“For me to set a date on that at this point without knowing exactly what we're going to get in, when we're going to get it in, would just be fantasy,” he said Thursday. “I'm not going to guess and tell people a certain date when I don't know that I can deliver on that date.”

On Dec. 19, then Surgeon General Jerome Adams addressed residents alongside DeWine and set vaccine expectations that were not fulfilled.

But the pace of vaccination fell far behind those projections. Only about 26.5 million people had been vaccinated by the end of January, according to Bloomberg’s vaccine tracker.

The rate of vaccination is expected to increase in the coming weeks as the Pfizer supply chain picks up and Johnson & Johnson’s vaccine is potentially authorized, DeWine said.

Ohio residents can expect improvements to vaccine registration soon, DeWine said. The state is working on a centralized online portal for residents to reduce frustrating experiences waiting on hold for hours, or repeatedly refreshing registration websites.

But the system won’t be perfect, the governor said. Hospitals do not want to link into the portal, but the new system will let residents click a link to the hospitals’ own registration websites.

The state hopes most other providers will participate in the statewide portal. In the next few days providers will have the opportunity to get into the system and start entering their vaccine availability, DeWine said.

The governor also addressed frustration Thursday from preschool staff that they were not included in the state’s roll out of vaccines to K-12 schools in Ohio.

“It’s maybe a group that we get to sometime in the future,” he said. “Each time somebody gets it, someone else doesn't get it.”