AKRON, Ohio – When the pandemic put on the brakes for a local startup company’s primary business, the young entrepreneur switched things up and began to produce FDA-authorized face shields.

The shields did so well – to the tune of two million sold – that NelDerm, located in Akron’s Bounce Innovation Hub, on Thursday took three truckloads to Cleveland and donated 100,000 face shields to the Cleveland Clinic.

“I hope it inspires people to think about, during this time, what they can do to help people in need,” said NelDerm Founder and CEO Kevin Nelson.

The Cleveland Clinic is grateful for the generous donation, said spokesman Joe Militia. 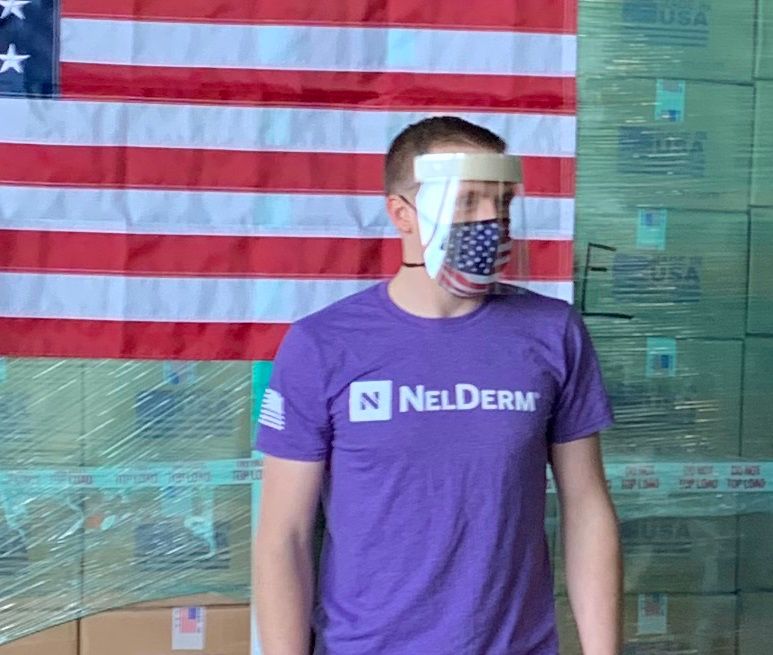 “We continue to closely monitor all supplies and medical equipment and currently have adequate supply to care for our patients,” he said.

NelDerm’s primary business is wound dressings with a special water-based adhesive designed for people with fragile or sensitive skin, from seniors to infants, Nelson said.

He got the idea for the dressings while still a student at Riverside High School near Painesville, when a family member was struggling with severe reactions to wound dressing adhesive, he said. Although he attended the University of Akron for engineering, Nelson has been steadily growing his startup for the last six years, he said.

But the onset of the pandemic forced Nelson to temporarily shift NelDerm’s focus.

As a startup company aiming to bring new products successfully to market, each stage of the process, from idea to sales, is vital because it lays the groundwork for the next.

To that end, in April 2019, Nelson joined with other entrepreneurs at Bounce, where young companies are supported in myriad ways by successful entrepreneurs and other startups, until they can stand on their own in their various the markets.

At the same time, NelDerm was partnering with local hospitals and nursing homes to get the company’s wound dressings into the market to prepare for commercialization.

In September, NelDerm launched “The Dressing”: the NelDerm Island Dressing with hydrogel border. The company also began actively training sales teams and distributors, and meeting with potential customers, he said.

On that day, Nelson was at an on-site meeting with a nursing home clinical director when the order came down from Gov. Mike DeWine, closing nursing homes and assisted-living facilities.

It was a huge blow, because one-on-one interaction and product demonstrations enable customers to see NelDerm dressings at work, he said, which is critical with new products.

“But I'm not the kind of person to really take ‘No’ or any kind of excuses as to why we can't afford or do something,” Nelson said. “I always try to find a way.”

So Nelson leveraged his relationships with suppliers and manufacturers to switch his product line from wound dressings to face shields, and began filling an immediate need across the state, he said.

“We figured we could help people out and they'll appreciate that we're not price gouging, and they'll stick with us,” he said. “And that business model proves true. It builds really, really strong relationships.”

The company also offered free face shields for veterans on Veterans Day, and ran specials on its Facebook page. 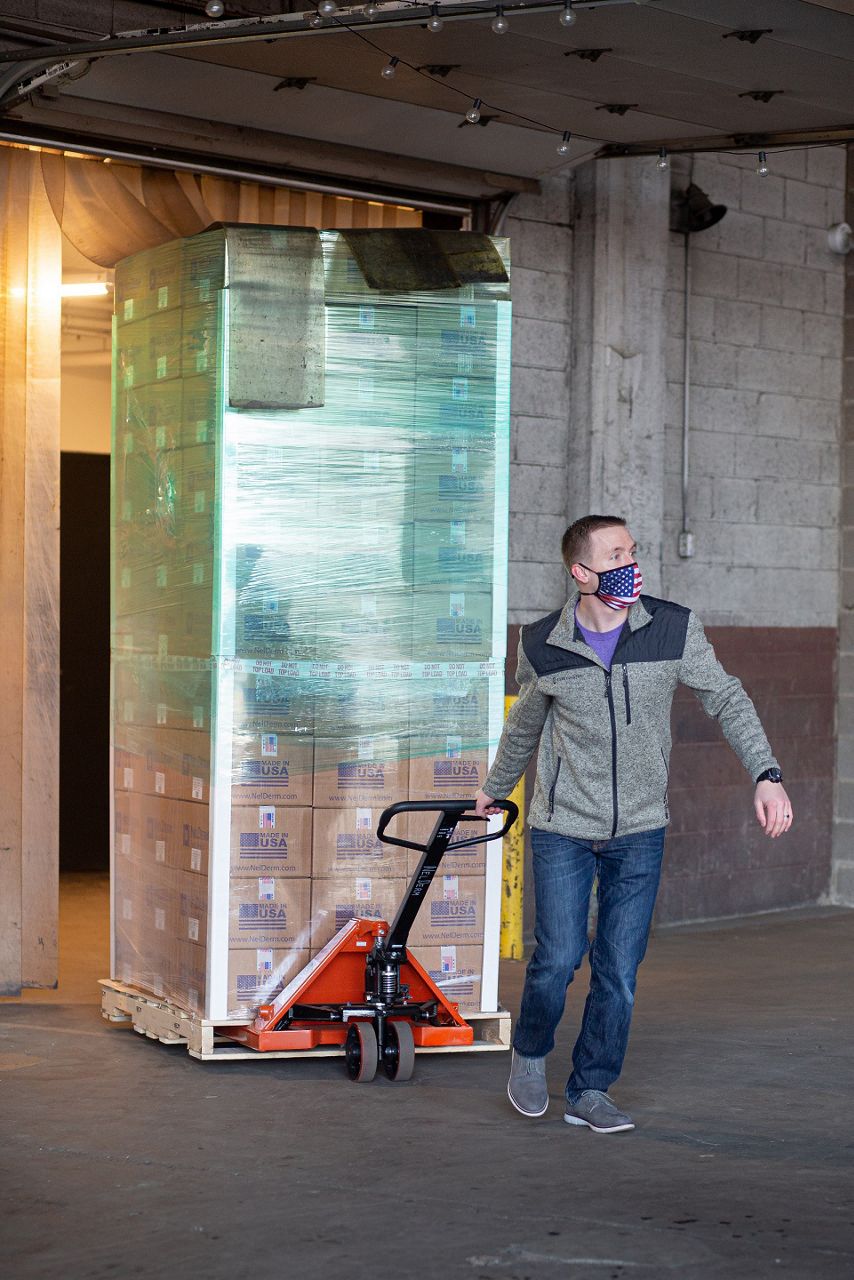 “I said, ‘We have what people need right now. Let's get it out to them,’” he said, knowing many health care workers also wear face shields, which can extend the life of masks.

With the vaccine now in sight, Nelson says he plans to begin moving the company back to its core product.

“We’re shifting the focus back to what we consider mission critical, which is to improve wound care for those with fragile or sensitive skin,” he said.

Facilities have been using NelDerm dressings and conducting case studies throughout the year, which is hoped to help the company scale up to commercialization next year, he said.

But making the change to shields was fortunate for NelDerm in several ways, Nelson said.

Late last year, the startup was seeking an early round of investment to help pay for the next stage of its development. But switching the production to face shields allowed the company to end the funding exercise early, and set it up well for next year, he said.

“It's really interesting how we took that opportunity to sell the PPE to meet the needs of people, and we can take that money from those efforts and apply it toward our unique wound dressings,” he said.

Both face shields and wound dressings are available for purchase on the NelDerm website.