COLUMBUS, Ohio — The family of Casey Goodson Jr. said Thursday that he “was not a suspect” and had no criminal record, expressing their shock and sadness after family members heard gunshots and a thud to find Goodson bleeding out by the door.

Goodson, 23, was shot outside of his Columbus home Friday by Deputy Jason Meade of the Franklin County Sheriff's Office and reportedly died at the scene.

The family’s press conference comes a day after the Franklin County Coroner Dr. Anahi Ortiz released preliminary results of Goodson's autopsy. Ortiz ruled his death as a homicide, noting three gunshot wounds to the torso. But the lawyers and the family say the report wasn't enough and doesn't answer key questions.

It's unknown where exactly he was shot — either in the back or from the front. Goodson's mother, Tamala Payne, said she is demanding justice for her son, who she said was coming home with Subway for the family when he was shot. Rallies in Columbus this weekend will call for Meade to be arrested and lose his badge permanently. 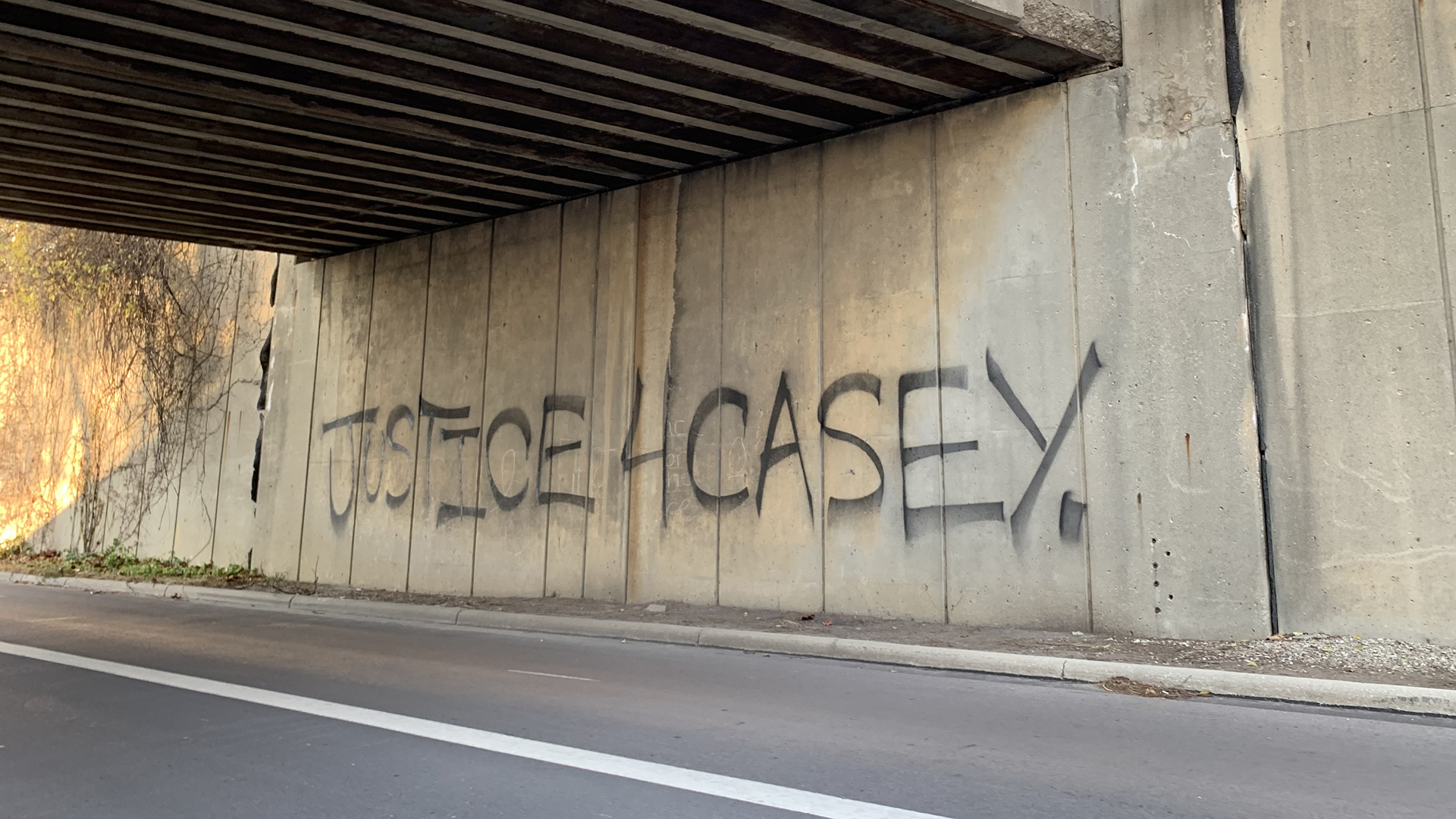 The family says Meade ought to be looked at as a suspect, not Goodson. They said they have no idea what the deputy was doing near their home, and no idea why Meade fired shots. An attorney said Goodson had no criminal record.

The final autopsy report isn't expected for another 12 to 14 weeks because of an outstaing toxicology report.

Mark C. Collins CO LPA is the firm representing Meade, a 17-year veteran of the department. The lawfirm released a statement Thursday shortly after the press conference, saying it can't comment on the specifics of the case because it's an ongoing investigation.

"Last Friday, a mother lost a son, and siblings lost a brother based on the actions of our client while on duty," they wrote. "We, too, share in the frustration and heartbreak with the family's loss, and as a parent, I cannot fathom losing a child. Our hearts go out to the family."

The statement then went on to say that use-of-force cases are "complex and convuleted." The lawfirm wrote Meade is fully cooperating with authorities, but stated that he was acting in self defense.

"At no time did Deputy Meade mistake a sandwich for a gun. Mr. Goodson pointed his gun at Deputy Meade. There has been confirmation that our client gave verbal commands for Mr. Goodson to drop the gun. There have been no eye witnesses to the shooting identified. The released 911 call makes it clear nobody witnessed the shooting from inside the house."

By Goodson's body at the scene were his face mask, his phone, and Subway sandwiches.

Thursday evening, the attorneys for the Goodson family responded to the statement released on behalf of Meade:

“Despite what Jason Meade now claims were the circumstances surrounding this shooting, the public should not forget that neither the City of Columbus nor any other investigatory agency has alleged that Casey Goodson pointed a gun before Meade pulled the trigger. With Meade’s statement issued nearly one full week after he killed Casey, it is critical to note that this is a classic defense often claimed by police after they shoot and kill someone. It is also critical to remember that often the evidence does not support these claims.

Meade’s statement is already clearly not aligned with early statements concerning the events leading to Casey’s death: immediately after the shooting, U.S. Marshall Peter Tobin stated that a man was ‘seen driving down the street waving a gun, and that's when the deputy, at some point after that, he confronted him and it went badly.’ The Columbus Division of Police later published a fact sheet stating that ‘a man was witnessed with a gun.’

Casey was shot and killed by Meade while walking into his own home. His bag of Subway sandwiches and his face mask were on the kitchen floor. His keys were in the door. Casey Goodson’s death is tragic, and in his passing, he joins so many people who have died as a result of the inextricable links between our society’s criminalization of Blackness and police brutality. We continue to demand a thorough and transparent investigation. We demand justice for Casey.”

"I listened carefully and with compassion when Ms. Payne described deputies at the scene use the word 'bitch.' I am aware there was a large multi-agency response to the scene, but if one of my deputies used such language the scene of any tragedy, it would be unacceptable and unbecoming of a law enforcement officer. I am directing my internal affairs professionals to do an immediate internal review to determine if such language was used and who may have used it. This will include interviewing these family members if their lawyer permits it. No grieving family deserves to be insulted."

On Friday, Goodson was returning to his home after a dentist appointment when he was shot, according to Walton + Brown, LLP, the attorneys representing the family. The Franklin County Sheriff's Office said a gun was found at the scene, but the family says he had a license for concealed carry.

Attorney Sean Walton said Goodson carried a gun to protect himself and his family.

“Casey was a hardworking American, full of life and full of love,” Walton said. “Casey was not a suspect. Casey was not involved in any criminal investigation.”

Below is a clip of the 911 calls placed Friday after Goodson's body was discovered.

It's not known what led to the confrontation between Goodson and Meade. The Ohio Attorney General’s office declined to investigate because it wasn't aware of the confrontation until three days after interviews with witnesses had been completed.

David DeVillers, the U.S. attorney for the Southern District of Ohio, announced this week he is reviewing the case alongside the Columbus police (CPD), the F.B.I's Cincinnati office, and the Civil Rights Divison of the Justice Department.

DeVillers said in a statement they will "take appropriate action if the evidence indicates any federal civil rights laws were violated.”

Columbus Mayor Anrew Ginther said Thursday authorities are pursing truth and accountability, adding, "the autopsy does not answer all of the questions we have."

In a series of tweets, he asked "residents to allow CPD to complete what will be throrough, complete and timely investigation," and said the Goodson family "deserves our grace and compassion as the investigation continues."