Insurance for 700,000 Ohioans At Stake in ACA Case

COLUMBUS, Ohio — Health insurance for 700,000 residents of Ohio is at stake in the Supreme Court case California v. Texas, a test to the Affordable Care Act (ACA) in front of the country’s newly-composed high court.


​​The Supreme Court is reviewing whether the individual mandate is constitutional in the first test to the law under the 6-3 conservative majority with the confirmation of Justice Amy Coney Barrett.

The case is centered on an amendment that removed the individual mandate’s tax penalty. Should the justices say the mandate is unconstitutional without the penalty, the question becomes which parts of the ACA will the justices strike down along with it.

“If you go all the way to one extreme, the Supreme Court could invalidate the entire law and throw it out,” said Chief Legal Officer of Marketplace insurer CareSource, Richard Topping. “What that would mean for Ohio is there are around 500,000 people that are enrolled in expanded Medicaid that would lose their coverage, and there's around 200,000 people that are enrolled in Marketplace plans that would lose their coverage.”

About half of the Ohioans at-risk of losing coverage are residents who are insured by CareSource, a large nonprofit based in Dayton with Medicare, Medicaid, and Marketplace plans.

Ohio, one of the GOP-led states the enacted Medicaid expansion, is not among the 18 states pushing for the Supreme Court to strike down the ACA in the Texas case.

A repeal of Medicaid expansion would have significant impacts in Ohio, and studies show hospitals could suffer financially, with rural hospitals potentially facing the worst blows.

The GOP goal to repeal the ACA suffered a setback last month during oral arguments in the case. Justice Brett Kavanaugh, who is seen as the key vote, voiced his view that striking down the mandate wouldn’t necessarily make the entirety of the ACA unconstitutional.

“It does seem fairly clear that the proper remedy would be to sever the mandate provision and leave the rest of the act in place — the provisions regarding pre-existing conditions and the rest,” Kavanaugh said.

This is the position Ohio Attorney General Dave Yost put forward in an amicus brief in the spring, which argued the individual mandate is unconstitutional, but said the rest of the law could be preserved.

The Supreme Court case concerns the concept of “severability.” The individual mandate was amended in 2017 to remove the penalty for not purchasing “minimum essential coverage.” Conservatives say the whole law must be thrown out now that there is no tax penalty. The reason: The law was upheld under Congress’s taxing authorities.

A decision in the Texas case is several months away. But after oral arguments court-watchers said Kavanaugh appeared unlikely to side with Justices Clarence Thomas, Samuel Alito, and Neil Gorsuch, who were more likely to argue the mandate is inseverable from the ACA. Barrett is also seen as likely to side with the conservative justices, though she offered fewer hints of her position during arguments. 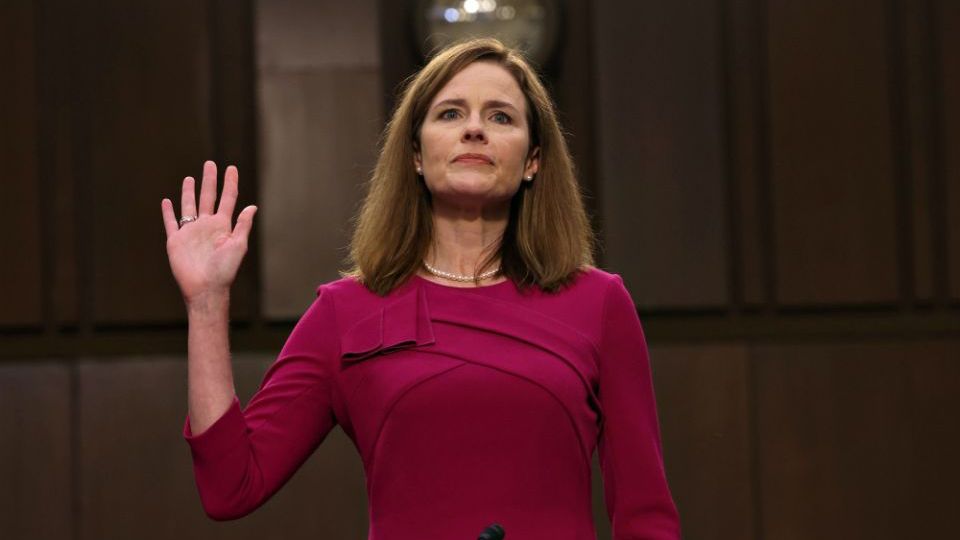 The challengers argue the individual mandate without the tax penalty has caused their states’ Medicaid spending to rise. Their case holds that the mandate is essential to the ACA. They say it cannot be “severed,” and they call for the whole act to be struck down.

ACA proponents say it protects medically underserved populations and warn tens of millions of people would lose insurance if it is struck down entirely.

The ACA includes consumer protections for people with pre-existing conditions. It mandates prescription-drug coverage and mental health care coverage. It extended the age to 26 to stay on a parent’s health care plan.

Patrick Skilliter, the managing attorney of the consumer team at Legal Aid Society of Columbus, said a medical-debt crisis is worsening in Ohio and will be affected by the pandemic. Medical debt is the No. 1 reason for bankruptcy nationwide, he said.

For those who have lost work or are at risk of losing work due to the pandemic, the ACA gives an opportunity for coverage, Skilliter said.

If not for expanded coverage, those uninsured individuals in need of care are uncompensated care cases for the hospitals which puts a strain on hospitals, and causes medical debt for residents.

“There are people who are losing their employer-provided health care. But with the Medicaid expansion that was signed into law in Ohio a few years back, that allows pretty much anyone to get health care that is income-based. That doesn't necessarily always mean it's affordable and certainly everyone who's eligible doesn't get signed up, but that at least has helped people out,” he said.

Among the potential outcomes to the case if the Supreme Court rules for the plaintiffs, the justices could strike down the individual mandate but decide it is fully severable, or some or all of the ACA could be found unconstitutional.

Some advocates worry the court could challenge a handful of provisions that protect people with pre-existing conditions, while leaving other parts of the law intact, or could more aggressively challenge the health insurance marketplaces, or threaten funding for premium tax credits.

The challengers want the court to strike down the law’s requirement that insurers offer coverage regardless of pre-existing conditions.

Julie DiRossi-King, the Chief Operating Officer of the Ohio Association of Community Health Centers, said the association includes 56 community health centers organizations serving about 855,000 Ohioans at 415 sites in 71 of the state’s 88 counties.

Medicaid expansion brought coverage to many of their patients. Before the ACA, 35% were covered by Medicaid, now: 55%. DiRossi-King says the law creates opportunities for people with pre-existing conditions to get covered, and it gives more people in lower-income brackets the ability to get Medicaid.

"The need to make sure a pre-existing condition doesn't harm the ability of Ohioans to be connected to affordable and quality care is imperative,” she said.

Gov. Mike DeWine has stated a commitment to people with pre-existing conditions having access to insurance even if the ACA is dismantled.

“We've heard from our health center teams that folks requiring inpatient treatment oftentimes are put on a waitlist. And if the patient doesn't have coverage, you can't even get on the waitlist, let alone get into treatment.”

She said there is a negative impact to providers when their patients lose coverage, and Marketplace plans and Medicaid expansion have mitigated that.

When the tax penalty was lifted, some Ohioans stopped their Marketplace coverage, but most have renewed.

“There's still a lot of people that are valuing that coverage, and it hasn't gone up in price too, too much. The cost-sharing and the subsidies are certainly helping folks to make it a little more affordable than maybe in years past,” DiRossi-King said.

Topping says this a much more complex political issue than it is a legal issue.

“This was passed in the law 10 years ago and contrary to the politics, it's never been repealed,” he said. “Regardless of whether a judge has been appointed by a Democratic president or a Republican president, the courts are pretty unanimous that laws are severable and they can be upheld.”

Even without the penalty, the marketplace is stable, Topping said.

“Without the financial penalty around the individual mandate, we've been able to uphold the other parts of the law and offer these plans. People continue to buy them because they're good coverage at reasonable prices,” he said. “We've found that from a business perspective it's a stable market and a stable product.”

The court case is under deliberation at a time when Ohio residents need health insurance more than ever as the pandemic surges in the Midwest.

DiRossi-King said health centers are facing COVID-19 while they continue to work on the HIV epidemic, the opioid epidemic, and “racism as a public health crisis.”

“Having connectivity to coverage is key to fighting all of those things from a public health standpoint,” she said.