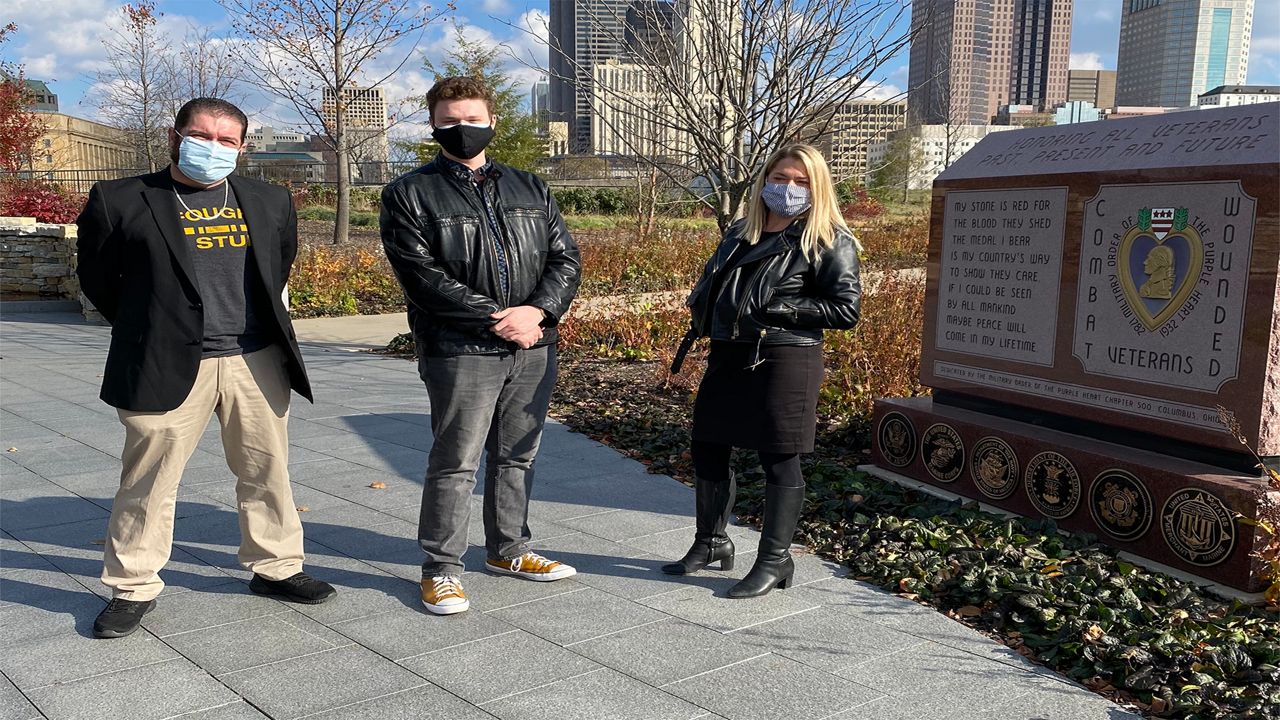 COLUMBUS, Ohio — When former U.S. Army Sergeant Stephen Yarger was discharged, he says he lost his sense of purpose.

But he's finding it again with the help of Heather Symour and the Veterans Art Initiative (VAI).

“I always thought I was creative but never really an artist, so in participating in a lot of her programs, she thought it was a good example that even if people aren’t artistic or at least don’t think they are can use it as a manner of expression,” said Yarger.

It’s a discovery that has also led him to be a part of a documentary project between the VAI and the Columbus College of Art and Design.

“Part of the healing process, I believe, is kind of expressing stories that people aren’t supposed to hear like that's my story and I’ve never really been used to or comfortable with telling anyone it.”

Just before the pandemic hit, 28 CCAD students were paired with 21 VAI participants like Yager to explore this question: “Can art heal?”

Aaron Bell is a student involved with the project.

“Learning about like with my interviews, I was interviewing Bernie and he was in the Vietnam War, so just learning about the age these young men were when they were seeing these horrific life-changing events,” said Bell.

VAI Program Coordinator Heather Seymour says it was important first to find a way to connect these two groups.

“We started with a few different meet-and-greets the v-a came in and we did a training with the students on empathic listening kind of looking at how to interview folks and also there was a military culture kind of tutorial,” said Seymour.

After months of hard work on the project, the documentary “Re-story: Transforming veteran stories into art” is being virtually screened this weekend. It was originally set to premiere at the 2020 national veterans film festival, which was canceled due to covid-19.

“Instead of losing all of this momentum and really some of the hard work that went into creating an event, we also wanted to honor the veterans who had volunteered their time and the students who worked so hard on this project. We want to give them a platform to celebrate even though COVID hit."

"I’ve always appreciated and valued Veterans Day but an art piece like this being released around that holiday sort of pays homage to the veterans to the people why this project exists,” said Bell.