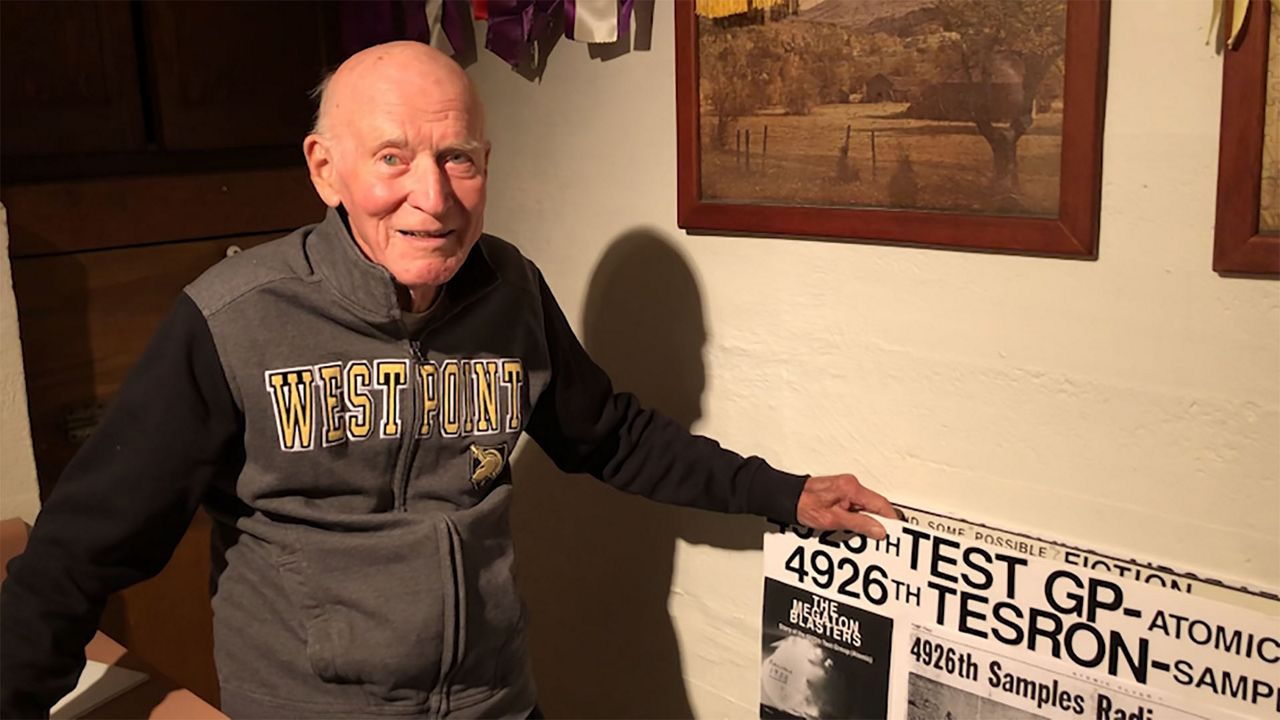 FAIRFIELD TOWNSHIP — Barney M. Landry Jr. is a retired First Lieutenant of the United States Air Force, who served in the Cold War and the Korean War.

But Landry’s most notable service memories come from his days as an instrument pilot who gathered nuclear samples during weapons tests in the Marshall Islands in 1946.

“The highest and largest bomb I was in, I was in a four and a half megaton hydrogen bomb cloud,” Landry said. “My altitude was about 40,000 feet, which was about as high as I could get with my aircraft. I was in the bottom of the mushroom cloud, the top was about 90,000 feet.” 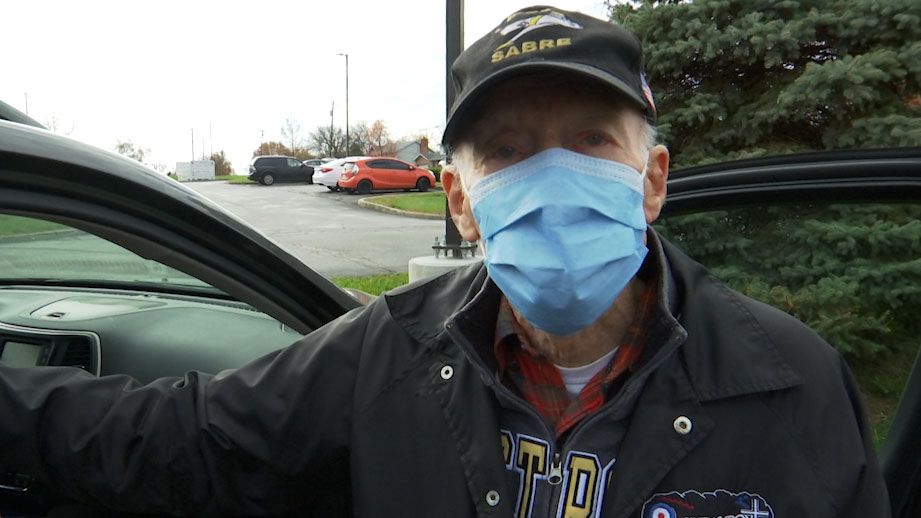 Landry said his role was to pilot through nuclear bomb clouds to collect samples to allow scientists to analyze the particles to improve United States nuclear technology.

“I was instructed to go in for 15 minutes and turn around and come back out the same way, and that took another 15 minutes,” Landry said. “That actually ended my career in cloud sampling because I got enough exposure in that one that I reached a limit they had set and I was sent home.”

Landry said he was never afraid to fly his missions, because he trusted the scientists in charge.

“We knew what we were up against,” he said. “And so we did whatever we knew how at the time to minimize our exposure so that it didn’t have any permanent effects. And at 92, I feel as I must have done something right, because otherwise I don’t think I would still be around.”

In total, Landry said he flew through four nuclear bomb clouds and one hydrogen bomb cloud before retiring as a First Lieutenant. 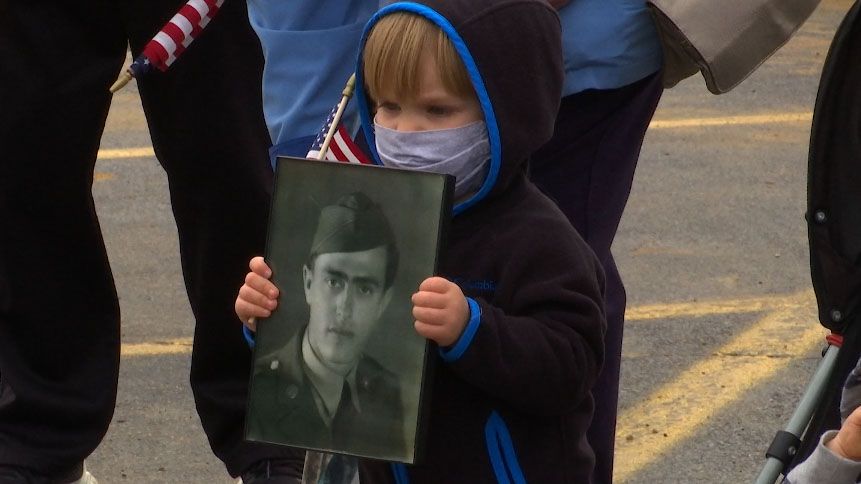 Once he retired, he started his family with his wife Muriel and daughter Donna, all while embarking on what would be a 33-year career working for General Electric as an engineer developing jet-propelled engines for the US Navy.

At 92, Landry doesn’t get around as much as he used to, especially with the pandemic ongoing, but this Veterans Day, he made his way to Fairfield Township’s Veterans Day Parade.

A small gathering with students from Fairfield North Elementary to thank Vets for their service. Landry said he appreciates when people take the time to thank him for his service because it lifts his spirit. 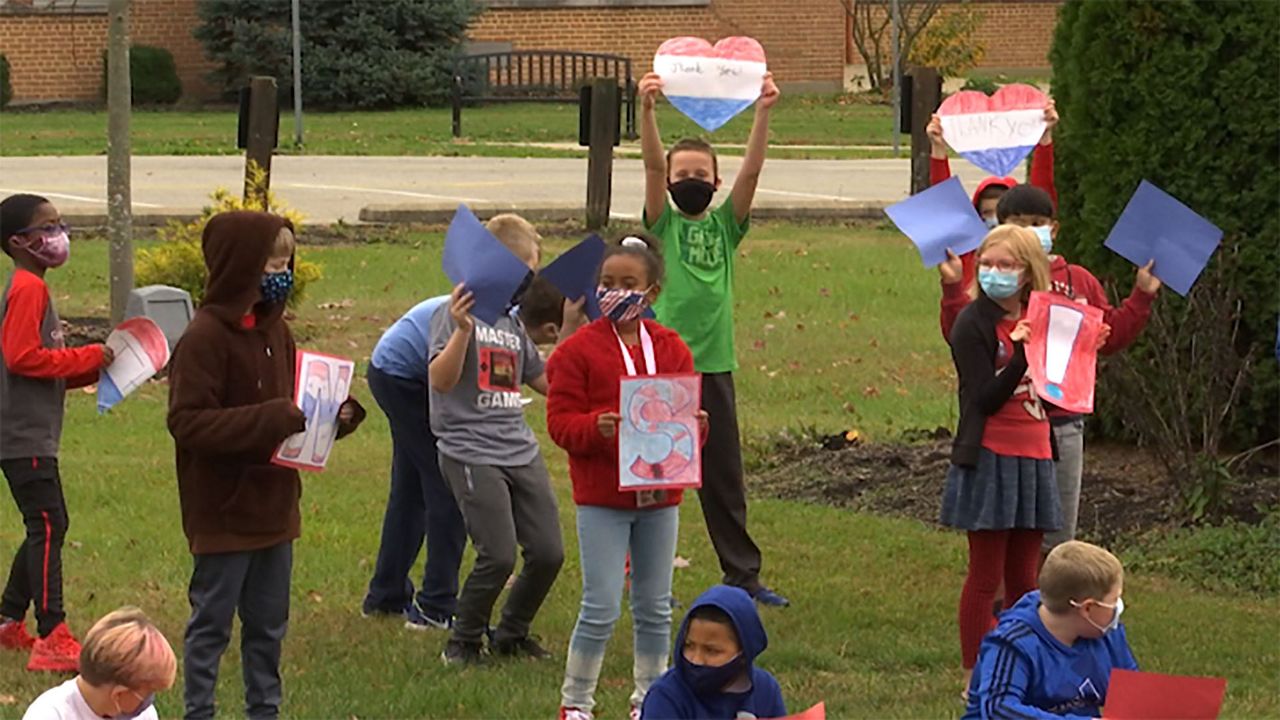 Putting a smile on the 92-year-old Veteran from Louisiana’s face.

“Yes and I think it did for all the veterans who were out here.”